This month we were a bit worried about The Newsroom season 3 when the HBO year-ender trailer failed to tout the existence of a 2014 season return to ACN.  But every time we hear from award-winning lead actor, Jeff Daniels he insists that the show is on! 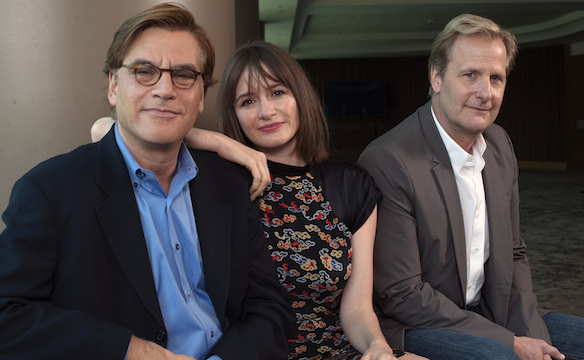 We’ve reached out to HBO for comment on a third season of The Newsroom and we’ve been told that the network itself is excited for a new season but that scheduling is still being worked out.  But earlier this month Jeff Daniels again commented on the future of The Newsroom getting quoted in an interview thusly:

As for “The Newsroom,” Daniels’ HBO series set at a cable news network, the actor said shooting could begin in March on a third season that would air in the fall.

We get the feeling that Mr. Daniels is 100% on board with a third season of The Newsroom but between his and Aaron Sorkin’s busy schedules it just isn’t possible to film at the exact same time every year, thus giving us a consistent premiere date.  Just last season there was a bit of turmoil on set when season 2 was cut by a couple of episodes and pushed back a bit on the calendar.