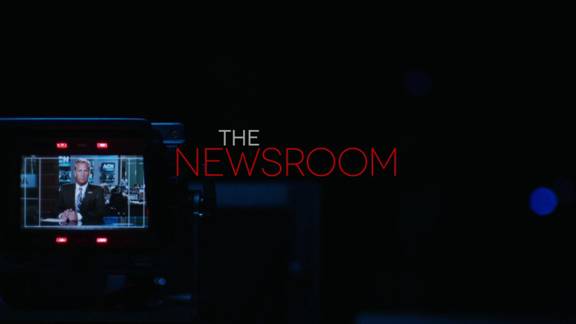 The Newsroom returned this past Sunday with relentless suspense and a fantastic reintroduction to our favorite news crew. However, before we begin, let’s recap where we left off and what this means for the characters now. Will McAvoy, still as enraged and outspoken as ever, has recovered from his OD, the voicemail incident with Mac, and the two begin discussing their wedding plans in the season premiere. Jim is still as vivacious as ever yet remains tormented by his relationship with Maggie. Their love lives are as tumultuous as ever, particularly after the “Sex and the City” bus tour fiasco, Jim’s decision to date Lisa (the girl he’s clearly not in love with), and Maggie’s decision to move in with Don—who’s still deeply in love with Sloan. Sloan remains to be the voice of reason and wit in The Newsroom, although her love life isn’t thriving as well as her career, specifically after admitting to Don she had a crush on him, despite the fact that their relationship could never work out. Could anyone but Will, who is ironically the most bitter of the ensemble, ever find love in this series? And last but not least, we have Neal, who has become well-known in the internet hacking community and is now experiencing the consequences of his actions in season three. Now let’s get to it!

The Newsroom’s season premiere greets us with entirely new opening credits that are gorgeously cinematic and pay odes to the old credits. The episode begins and we are instantly presented with the brilliant yet ever-unhappy Will in a discussion with Mac as they candidly discuss their wedding plans. We are then flung into the frenzied horror of the Boston Marathon bombings. Every character flocks to the journalistic approach they pursue best, such as contacting the Boston police, hospitals, investigators, journalists, and even reading Twitter feeds for newly breaking information. It feels exactly like what an intense day in The Newsroom should feel like, and the episode progresses with immersive suspense as they depict the horrors of that day with precision and emotional vitality. 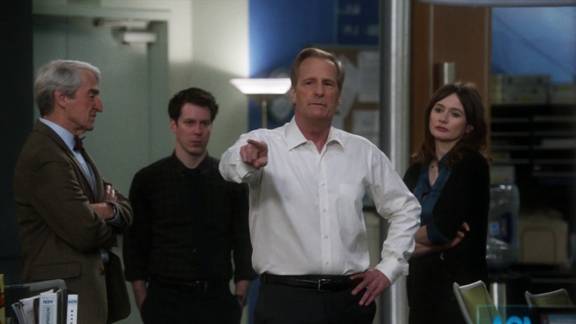 The room buzzes with a mass of calls and shouts that creates an air of claustrophobia and sharpness as we are slowly reintroduced us to all our favorite characters—from Mac to Jim to Maggie to Sloan to, okay, everyone—as they work in congruence with ferventness and poignancy. Of course, the banter and humor of character interaction on the show is always present, still as witty as ever. The newsroom—or rather, Will shouting demands—focus on getting the facts about the Boston bombing straight to present them in an ideal and factual manner. Mac leads the breaking of the news and incoming facts as presented on ACN, with Will declaring it a clear terrorist attack as the newscast progresses from live interviews with eyewitnesses to discussions with FBI experts as to how the bombings were executed.

The Newsroom presents the idea that social media has the promising possibility of solving crime first, in addition to being the outlet that releases factual information the fastest. The juxtaposition of social media both clashing with and aiding the newsroom is something the series has always had a keen eye for—not to mention being controversially embarrassing for Sloan. And speaking of Sloan, her discontent grows as she learns that financially and ratings-wise, not all is well for the newsroom. Still, her storyline continues with humor and dexterity, partially due to her relationship with Don and partially due to her loyalty decision to stay at ACN and present unbiased news. Other characters, such as Neal, present highly intriguing possibilities for ACN—in this case, it is Neal’s acquisition of secret government documents. 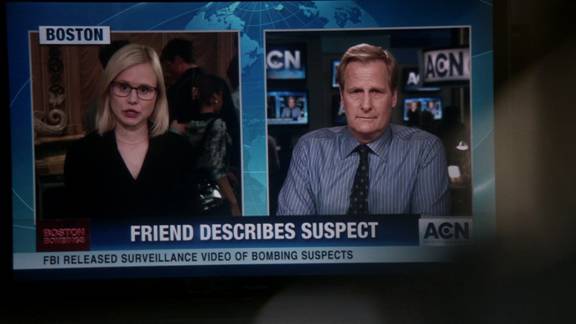 In its entirety, the first episode of The Newsroom’s final season has a feel of change and finality, not only due to facts presented in the season premiere, but also due to how much we’ve seen these characters develop from the first season to the present. This will, undoubtedly, be an intellectually gripping and highly emotional season for The Newsroom, and this episode was a clear indication of that. The grisly horrors of the Boston Marathon bombings are an unrelenting reminder that history can be as dark as any fiction, in addition to being a statement on what humanity is capable of doing in the name of extremist beliefs.

Best of all, The Newroom has reintroduced us to the enigma that is Will McAvoy, who can (and will) fervently scowl at the trivialities of Greek yogurt yet can also eloquently present despairing, profound speeches on the horrors of terrorist bombings. As Mac has quoted in the series before, “We don’t do good TV. We do the news.” The season premiere of The Newsroom has proven that both can be accomplished.

Here’s a preview of episode 2: