The justice department was all– “You’re going to do this!” and Will was like, “No we’re not!” and then that guy- 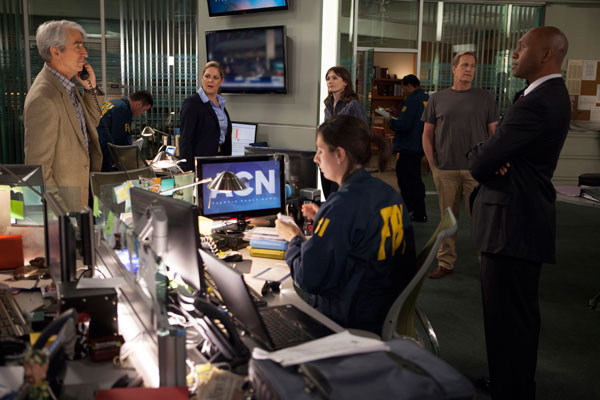 With the FBI boxing up all their equipment in a show of force, Charlie managed to shoo them out by threatening to put them on television. Maggie went to Jim for help putting together an interesting piece on climate change which quickly escalated into a quiet meltdown for the Deputy Director of the EPA (because the EPA didn’t have an official head). In order to save the ACN from its apathetic heirs, Leona and Reese had to find a new investor to buy the company; a man who’s one part Mark Cuban and three parts Peter Gregory from Silicon Valley. Who knows if what that guy was talking about makes any sense (give it fifteen to twenty years and it might). Meanwhile, Don and Sloan get to butt heads with an entirely too overzealous Human Resources guy.

The theme for this episode was cynicism versus optimism. For all the yelling and cantankering going on in every scene there’s always the one guy who wants everyone to just mellow out. While it’s always been a staple of Aaron Sorkin to pit vehemently frustrated people against the eternally cheerful, it seems like in this case it was all happening to an open ended point instead of examining the emotional or ethical side of a debate versus the likelihood of effective results. By the time the credits faded, your hope was either invigorated by the fact that no one’s lost their resolution or lost when you saw that Will didn’t have nearly the strength he thought he did. Don was able to effectively end a workplace dispute with a cold truth and yet he seems like a positive guy compared to the HR person. Then there’s Mac facing down her FBI friend, Molly, with a semblance of trust between them after she threw her at the loser table at the wedding. 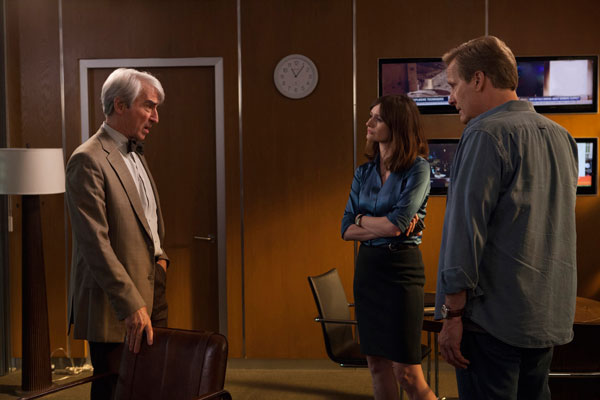 Since this is the final season, the show is definitely ramping up toward something big for its conclusion, likely involving the aforementioned wedding. Charlie having to cater to a guy who wants to crowd source the news in a way that’s completely bonkers even to the tech savvy means inevitably making more sacrifices of integrity in order to keep Atlantis afloat. Will needs to find out that holding the middle ground doesn’t mean he also gets to take sides when he thinks he can land a fatal blow on whoever is losing. The guy from human resources who’s going after Sloan may seem like a stretch, but Will facing the same dilemma of finding out he’s not as untouchable as he thought makes it a bit more believable. It’s still a bit of a stretch though.

Speaking of untouchable, Jim and his relationship with Hallie will be strained by the fact that his journalistic integrity doesn’t mean anything if getting more people to the trough is the end game (an overarching point of the series which he hasn’t had a face to face meeting with). It’s also likely the weakest element of the show now. Without the sexual tension, his conversations with Maggie are a lot more interesting, but the tradeoff is now he needs to learn to not be such a dick to someone else. Isn’t that something he learned while he was watching Maggie’s relationship with Don do a tailspin? Yet after all this, the only person who seems to be on the up and up is Maggie. And that’s only because she went through all this last season when she cut her hair and had PTSD.

As I said, it’s all building towards a blowout finale one can only hope is sufficiently explosive enough to be satisfying for what’s been set up. Although hopefully in the next episode there’s time to get back to the breaking news stories of yesterday.

Here’s a look at episode 4 and a link back to episode 2: