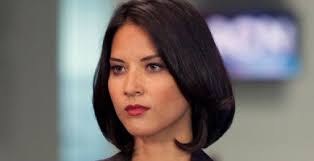 Zap2it got a strong quote from Olivia Munn, who plays Sloane Sabbith on Aaron Sorkin’s THE NEWSROOM. Since there has been little buzz about the show as it approaches its third and final season HBOWatch thought we’d better get that quote to you.

“I love [Season 3 being the last] because, one, I think it’s so much better to do a project where everyone’s excited about doing it and the work is really great and you’re excited about it. Sorkin writes every single episode. I’m sure there are other things that he has to do in his life, that he wants to do, and that takes a lot of time and energy. It’s like, let’s end when we still are on top and it’s feeling [like we’re] doing great and we’re doing work that we love. “

“On the personal side, Aaron as my friend, I’m happy that he’s not being forced to do a show that he [wants to be done with]. What happens to our characters is all dependent on Aaron. Everything that the characters do, it’s all Aaron. The only thing I can speak on is I feel there’s a really great feeling of it’s a great ride and it’s been awesome and it’s given me so much. It’s helped me be seen in a different way in this business, and for that I am forever grateful.” 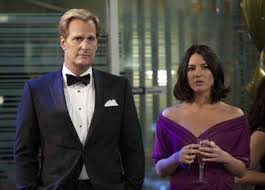 “Maybe people have mixed feelings about it on the cast, I’m sure, but I’m excited about it. HBO I don’t think is as excited, because they still won’t let us out of our contracts to do anything else. Like, ‘Well just in case Sorkin wants to do more. Just in case.’ They’re kind of leaving it up to him, and I’m like no, Sorkin only wants to do six and that’s done. And they’re like, ‘Well just in case, don’t go anywhere.”

We will just have to wait and see how it all plays out. The publicity train should get on board with promoting  THE NEWSROOM soon and give us a premiere date which is to be sometime this fall. We will keep you posted.