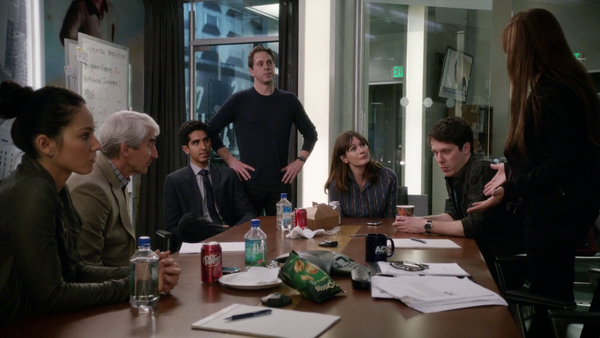 There is no denying The Newsroom has officially swung into full gear in the second episode of its final six-episode run. The series has never lost its edge in terms of intellectual originality and hilarity, as every ensemble interacts with playful liveliness. However, the season premiere gave a foreboding sense that something of a massive scale was about to occur at any minute. Episode two delivers this collision, and it is by far the biggest we have seen in The Newsroom as of yet.

The episode is filled with guest stars and familiar faces, and with good reason. This is entirely unlike any episode of The Newsroom that we have ever experienced. We are first introduced to Kat Dennings (2 Broke Girls) and her twin brother in a feud with Reese, their half-brother, about the future of ACN. The siblings have controlling shares of AWM and have raised their stock in ACN with plans to sell the company, because by their logic, “you can make more money selling cameras than by transmitting images from them.” It is not long before Charlie enters the scene, making it clear that ACN deserves the right to remain running due to the vitality of the news division rather than for the acquisition of dollar bills.

However, the real story in this episode, and likely for the remainder of the season, surrounds Neal. Continuing from where we left off last week, Neal has acquired stolen government documents and is now adamant about several of these reports being disclosed on ACN, particularly one involving a false story planted by the Pentagon that resulted in 38 casualties in Kundu. The dialog is crisp, quick-witted, and bold as the group attempts to decide how to handle Neal’s clear involvement in espionage, and Rebecca Halliday(played with facetious sharpness by Marcia Gay Harden) makes her stunning return to the series, listing every federal crime Neal has committed. Will and Mac are fully at odds with one another when it comes to running the story (what else is new?) as Mac sides with Neal and Will sides with Rebecca. Point being, this is a high-risk move for ACN, largely because it has only been half a year since their massive Genoa incident and they cannot afford to repeat similar mistakes. The Newsroom has always focused on the fine line between journalistic integrity and morality, and Neal’s dilemma is a clear embodiment of the difficulty of walking this line. 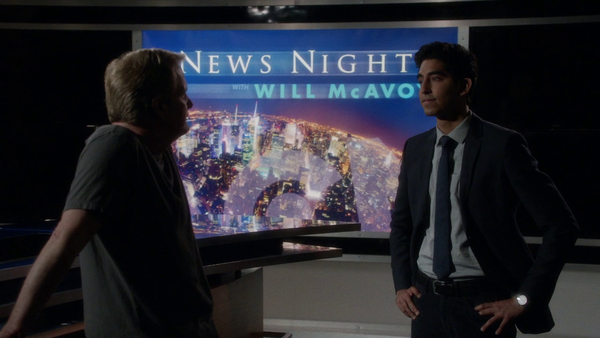 Coincidentally, Maggie also struggles with the logistics of journalistic integrity in this episode as she happens to overhear a phone call an EPA employee is having about the deteriorating state of environmental policies. Her cunning, manipulative side comes out and it is a wholly bizarre and extraordinary spectacle. She is no longer the hesitant and indecisive character we know from season one, and watching her growth in intellect and field experience shows the scrupulous perfection of character development with which Sorkin treats his characters.

As usual, there is trouble in paradise with Sloan and Don, with the two questioning the status of their relationship and the possibility of insider trading secrets being exchanged. And yet, the two function impeccably as the most amusing characters on the series, from flirtatiously lying to one another to shouting about their sex lives on an elevator—that is, before being embarrassingly overheard by Jim. Sloan and Don are truly the much-needed comedic relief of The Newsroom before we reach the episode’s climactic finale. 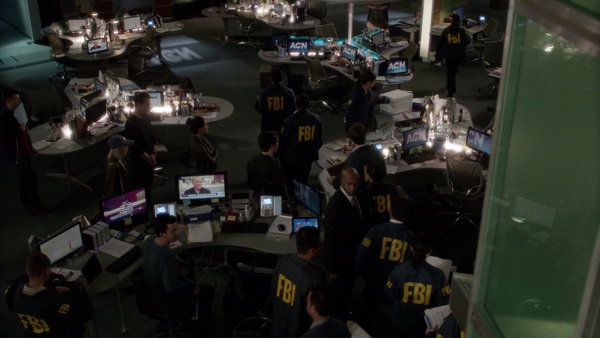 We return to Neal and learn that, despite Rebecca’s persistency, he secretly chose to contact the BCD for comment, immediately prompting an FBI raid on the entire newsroom. Neal embraces his decision with tact along with the repercussions that come with it, which is presented in what is easily the most heartfelt exchange Will and Neal have ever had. Still, Will knows there will be severe consequences for Neal due to this decision, and therefore promptly instructs him to do precisely what this episode is named: “Run.”

Neal’s future is entirely unclear as we see him escape the newsroom in the final shots of the episode, which is what makes this episode so unprecedented in the grand scheme of the series. There has been absolutely nothing like this, and there is an overwhelming sense of fear and dread for both Neal and ACN. The Newsroom has officially hit its breaking point, and where it goes from here will be both spectacular and heart-wrenching to watch. It has evolved with meticulous intelligence and unforeseeable aftermaths, and now, an air of finality looms overhead. All we can do is await the dire consequences that are to come as the series comes to an end, but Newsroom fans know one thing is absolutely certain—ACN will not go down without a fight.

Here is a link to episode 1 and a preview of episode 3: