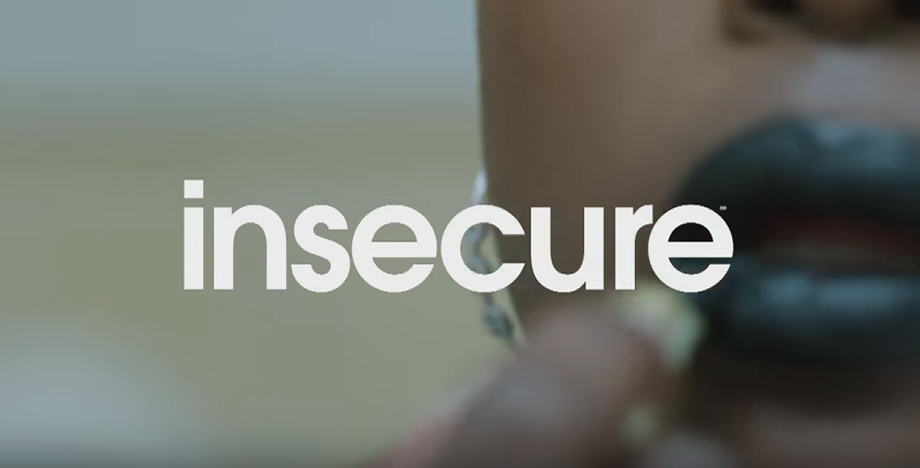 It’s not every day that a network, even one as prolific and profound as HBO, stumble upon a fresh new comedy that strikes a chord with viewers the way Insecure does. Critics have almost universally called it a winner and one of the best new comedies of the year. Instead of treading on old ground, Insecure dives into the lives of average people making their way through life with little money, no privilege and all the problems you’d expect in a normal life. Insecure is a hidden gem that deserves your attention.

There are several ways to watch HBO’s Insecure online or streaming for free (and some paid options). Let’s go through them below.

Sling is an alternative to cable that gives you access to scores of popular channels including ESPN, Bravo, NFL Network and yes, you can add HBO for an additional fee. The good news is you can start watching Insecure LIVE as opposed to on demand because Sling actually plays HBO live as it airs. Pretty cool, right?  There’s a 7 day free trial so give that a go if you’re looking for a more complete alternative to your cable subscription.

Hulu Live has HBO for a Discount

You can also stream the premiere or finale of Insecure on HBO via Hulu Live. It’s basically a cable package like Sling but much cheaper than cable would be to have all these channels. Give it a free trial now and add HBO for Insecure:

HBO has their own streaming platform called HBO Now. It’s “Over the Top” meaning you don’t have to go through a cable company to watch Issa Rae’s Insecure online or streaming. It’s $15 a month but you do get a free month of streaming HBO content (including Insecure) so this is technically a free option if you want to just binge this show. We suggest sticking around and watching some of the other content HBO has on offer but that’s just our fan-bias talking. 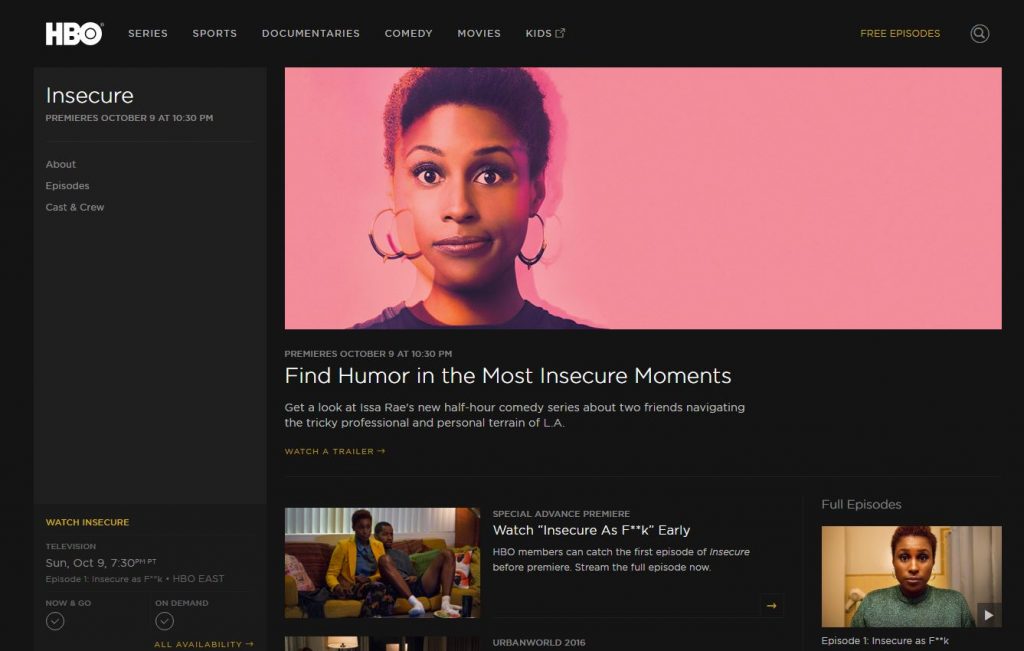 HBO Go is the app you’ll use if you already have HBO and need to stream Insecure online. It’s almost identical to HBO Now these days. Download that and stream Insecure with your Comcast, Direct TV or other cable login.

Is Insecure on Netflix, Hulu or Amazon?

In short: no. All HBO content, including Insecure does not filter down to the big streaming sites. They’d prefer you subscribe to HBO and stay subscribed for access. Amazon does eventually get older HBO content but Insecure won’t be streaming on Amazon for years.

Do you love Issa Rae and want to support her work? The best way to do that is to stream Insecure using one of the above methods. Streaming illegally will make it look like no one is watching. Be counted and use HBO Go or HBO Now to watch Insecure so HBO knows how many people love her work. It’s all about the money and if you’re not contributing your little bit then HBO won’t make shows like this anymore. Plus you’ll get Westworld, Game of Thrones and Divorce so it’s well worth it!