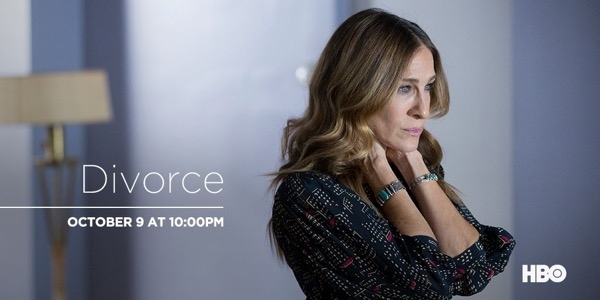 Divorce is a subject that we married folks tend to avoid at all costs. It’s uncomfortable to think that your marriage won’t last forever. But the fact is, half of all marriages end that way and we might as well have a laugh along with the beautiful, talented Sarah Jessica Parker. Comparisons to Sex and the City will be made unfairly but we can’t help the fact that SJP hasn’t been in any other program on TV in a decade. We’re assured that HBO’s Divorce won’t be much like that show other than the inclusion Sarah herself.

There are a few different ways to watch any HBO program online. Some are free while others require a subscription. Let’s go through some of them now.

Sling is an alternative to cable that allows you to get access to networks like ESPN, AMC and yes, HBO. Plans start at $25 but HBO is a premium add on. This might be a good solution if you’ve cut the cord and want to stream Divorce live along with the rest of the world. There’s a seven day free trial available too:

Try DIRECTV Now for Free and Add HBO for $5

This is another cable alternative but in AT&T TV NOW’s case you get a few more channels and can add HBO for only five bucks. That’s as cheap as we’ve seen it!

Before HBO Now the world was dark. Well, maybe not but there certainly wasn’t an easy way to stream HBO programming online for a flat fee without subscribing to cable. HBO Now is the answer to that and Divorce, of course, is included in that programming.

HBO Go is an app intended for those of us watching Divorce on cable and need the show on the Go. Just use your Comcast or other cable login to get access to Divorce streaming online for free along with your traditional subscription.

Download Full Episodes of Divorce for a Moderate Fee

Services like Amazon Prime offer newer episodes of shows like Divorce online for a small fee (3-4 bucks per episode). Divorce is fairly new so the episodes aren’t on Amazon, iTunes or Google Play just yet. But someday they’ll be there ready for you to add to your glorious HBO streaming collection. This method might not be for everyone but if you want to add Divorce to your digital collection this is the way to go.

Wait for the DVD and Blu Ray to Watch Divorce

You can also wait about a year after the premiere of Divorce to get the DVD and Blu-Ray. It will probably be 20 to 30$ for the first season and HBO does this cool thing where they give you a voucher to download the show and stream it in addition to owning the physical Divorce discs. Don’t tell HBO we told you this but you could theoretically keep the streaming code for yourself and regift the Blu-Ray to someone else!

Do you love Sarah Jessica Parker? How do you think she would feel if she knew you were illegally downloading Divorce?! She’d want a divorce from you, that’s for sure. We just don’t recommend this method because it hurts the content creators, HBO and makes everyone else have to pay more to stream Divorce to make up the difference. Plus your computer will probably catch a virus because, you know, karma. You’ll also get access to HBO’s Insecure, Westworld and Game of Thrones so HBO Now is totally worth it.