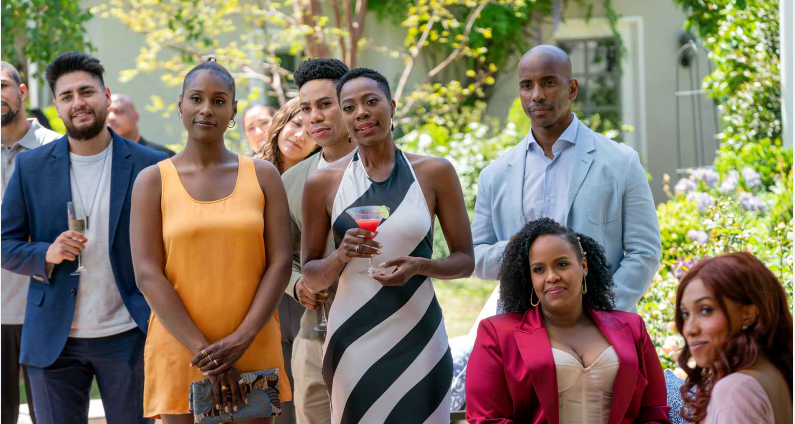 The ending to Issa’s five-year journey is nigh. INSECURE’s penultimate episode Out, Okay!? features a gathering of beautiful faces, in an immaculate yard, with impeccable weather. The occasion?  The bittersweet send-off of everyone’s favorite Denver, Colorado-bound couple, Tiffany and Derek. Yet these ideal conditions yield an uncertain future for Issa, Nathan, and Lawrence. Ah yes…the classic love triangle scenario. In the realm of hackneyed titles, Out, Okay?! could be titled The Battle Of The Exes”. 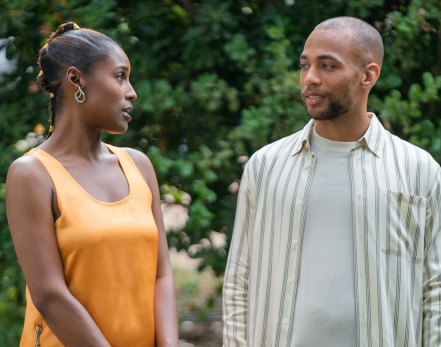 The aforementioned triad has the most screen time and emotional story arc, but the blooming romance between Molly and Taurean nearly steals the latter half of this season. Molly brings out the charisma and charm in an otherwise rather taciturn character. When Taurean announces another career milestone at the law firm, a giddy Molly overzealously congratulates him in front of fellow attorneys. After Molly and Taurean depart one of their co-workers presents a rhetorical question”. “They definitely fucking, right?” At one point in this episode, Molly and Taurean are high on the chronic and devour yet to be served hors d’oeuvres.

Issa and Nathan look for an apartment to rent, and during a moment of intimacy, their realtor reveals that he just rented out the place to another buyer. Issa and Nathan’s vexed but hilarious reaction is what viewers expect of this dark-comedy series. However, the anger felt by the couple is nominal compared to the Out, Okay!? conclusion.

Tiffany and Derek’s single friends, along with Molly & Taurean, Issa & Nathan, and Lawrence & Condola have a toast to friendship. Issa, Molly, and Kelli promise Tiffany that the 1,016 miles between L. A. and Denver will not hinder their friendship. After Condola indirectly interrupts this moment to retrieve her baby’s 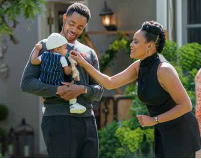 bottle from the refrigerator, she engages in a short but genuine conversation with Issa. If only these ladies’ men could have done the same.

Nathan and Lawrence nearly come to fisticuffs, and this is after an already intense conversation about whose home state has the best BBQ has transpired.   Lawrence took Condola’s wish for him to be happy to heart and corners Issa. Lawrence professes that he is only happy when he is with Issa. Like clockwork, Nathan arrives, and all hell nearly breaks out. The two men are separated by Taurean, and it is apparent that the title INSECURE is not predicated on Issa’s journey. All of these characters battle with closure and traversing new beginnings.

Will Issa and the crew transcend their own insecurities? Issa is not the only person that needs to take an occasional look in the mirror. The finale airs December 26, 2021 at 10pm ET.