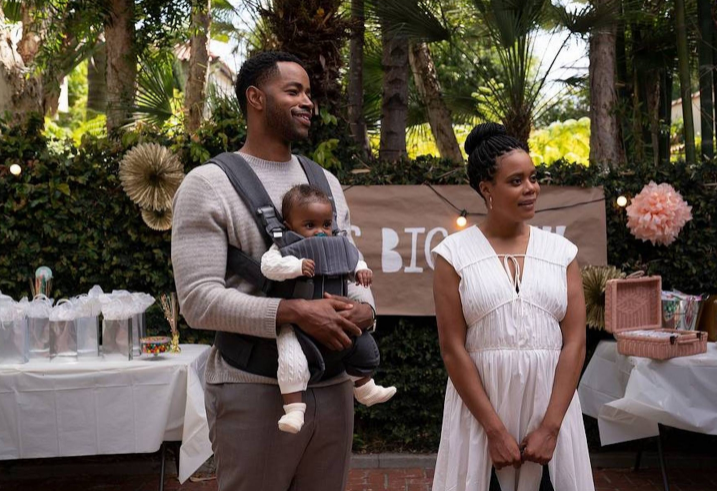 INSECURE is such a brilliantly written series that when it deviates from Issa (Issa Rae) and Molly’s (Yvonne Orji) story arcs, the show doesn’t lose any of its luster.  This week we are presented with Pressure, Okay?!, an episode that showcases the highs and lows (mostly lows) of the parenting journeys of Lawrence (Jay Ellis) and Condola (Christina Elmore). This episode is a smorgasbord of emotions and is a reminder that 30-minute comedy/dramas can be thought-provoking.

Issa and Lawrence may have had a chance at rekindling their relationship in Season 4. If the distance from Los Angeles to San Francisco wasn’t enough to keep Issa at bay, Lawrence learned from his old flame Condola that she was pregnant. Pressure, Okay?! once again has Lawrence receiving significant news while on a date – Condola has given birth to a beautiful and healthy baby boy. After catching a flight to Los Angeles, Lawrence meets his beautiful son and Condola’s mother (Lela Rochon) and sister Kira (Keke Palmer, pictured). The latter is very skeptical of Lawrence being an effective father. We can take this as the cliché ‘side-eye-giving character that gives our protagonist a hard time until they realize they misjudged’ moment. Yet, the delicate nature of raising children gives some credence to Kira’s apprehension. Despite his desire and financial stability, how can Lawrence be consistently present for his son without moving back to L.A.? 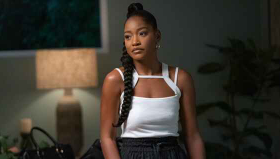 Condola and Lawrence attend a baby shower for mutual friends and their lack of compatibility is further obvious. The newborn is given cake by Lawrence and this ignites a tirade of parenting complaints from Condola. Lawrence is understandably frustrated but has a brain lapse. Does it not take two to make a child? After angrily and nonsensically accusing Condola of entrapping him, both threaten to do what it takes to keep their son safe.

Despite the serious overall tone of this episode, viewers are still treated to the hysterical antics of what defines this series.  Series favorite Kelli (Natasha Rothwell) is the host of the baby shower, and she makes a quip about children being creepy due to their “small features and stilted movements.” Kelli’s brother is meant to entertain the guests as Peppa Pig, but is lying in a kiddie pool smoking weed instead.

INSECURE is more than the awkward adventures of a black woman in America. The series is an entertaining dive into the highs and lows of this journey called life.  Pressure, Okay?! is a stark reminder that with the miracle of something as precious as new life, there comes complicated nurturing.

What do you think of Lawrence and Condola as parents? Was this departure from the normal Issa and/or Molly story arc equally entertaining? INSECURE
returns Sunday at 10pm ET on HBO.