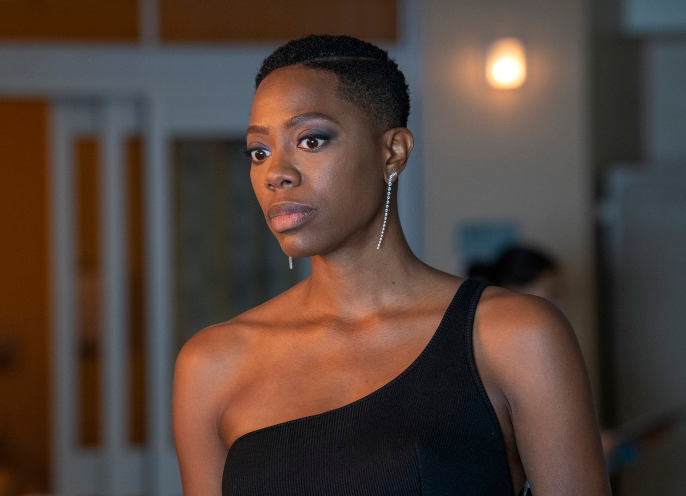 The first and fourth episodes of Season 5 seemingly foreshadowed a tragic event on the horizon for Issa and her crew. The former episode had Kelli featured in an “in memoriam” video played at the Stanford University reunion. An earthquake hits on the latter episode and causes a tsunami warning. Fortunately, these events were not foreshadowing the death of a fan favorite, yet tragedy looms for Molly’s immediate family. Her mother has suffered a massive stroke and is comatose.

Surviving, Okay is one of INSECURE’s most intimate episodes. At the center, Molly feels guilty and frustrated with her father and siblings. Guilty for having a one-night stand while her mother is in the hospital (albeit she did not find out immediately) and frustrated that her family did not keep her abreast of her mother’s deteriorating health. Fortunately, Molly has Issa. 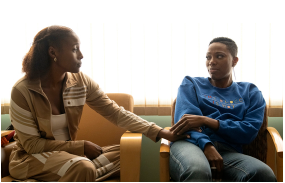 The dynamic between Issa and Molly has been one of HBO’s most intricate onscreen relationships. The fourth season of this series was chaotic enough for Issa and Molly’s friendship to never be quite the same.  Season 5 has been a healing process and Surviving, Okay? shows that these ladies are still loyal. Issa brings Molly a change of clothes to the hospital and takes on dog-sitting duties. Nathan accompanies Issa and this duo strengthens their bond as well. Viewers are given a humorous respite from the serious tone of this superb episode when the dog goes missing in downtown LA. The French bulldog returns to Nathan and Issa within the hour, all the while the lovers grew closer while searching for the pooch.

Molly receives news that the chances are slim for her mother to recover. Arriving at the hospital with the change of clothes, Issa reassures her friend that she has done all she could for her mother and not to feel guilty for having a life of her own. INSECURE is on pace to have a satisfactory ending. This series has 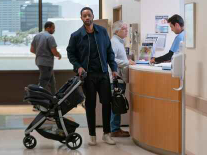 The episode concludes with Issa observing Condola and Lawrence at an appointment for their baby, at the same hospital. Issa has hurt, love, and uncertainty on her face when she locks eyes with Lawrence. When Issa steps off-frame and the episode cuts to black, one cannot help but think that her attention should be on Nathan. Sure he “ghosted” Issa in the past by disappearing for weeks. But his battle with mental illness is more understandable and sympathetic than the once lackadaisical Lawrence. But the drama element of this comedy-drama would not be fulfilled without the love triangle trope.

INSECURE has four episodes remaining and returns on November 28, 2021 at 10pm.