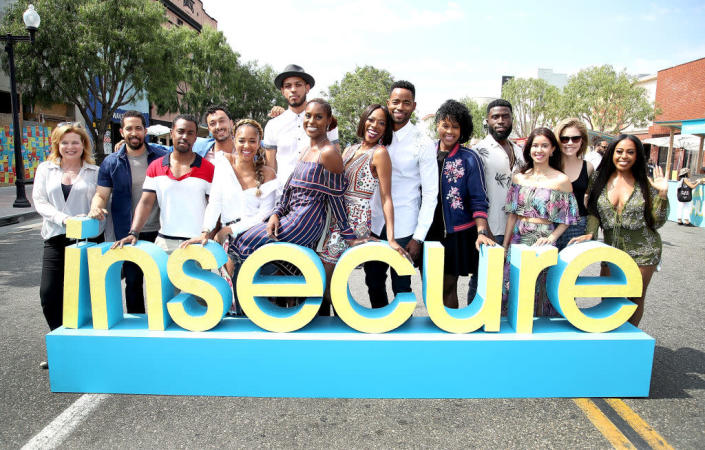 And so, the end has arrived, and we were handed a special treat from the Insecure team. Their final farewell came in the form of a documentary, filled with behind-the-scenes footage, conversations from the cast, and perhaps the most exciting part, the ways in which this show has shifted the culture.

This show, was in many ways, a cultural reset for many creatives. I can remember watching the pilot, thinking, what is this and how can I get more of it? We learn in the documentary that, through HBO’s often intense development process, Issa floated a few ideas, but none landed quite as strong as when she made it personal. Inspired by her real-life friendship, Molly was developed and became the heartbeat of the show. A decision all of us are more than happy to get behind. It was shared that, this may have been one of the fastest shows greenlit in HBO’s history, and I’m grateful to have been a part of its viewership. The other magical piece of information we learned was the stability behind the scenes. In a moment of transparency, this show was so powerful for me that I left my home state, and moved to LA because I finally felt like I could create and inspire TV like Issa Rae. And when you see her joy and feel her energy (through the TV) in person, it’s undeniable. Often times we hear, “you need experience,” in an industry that closes its eyes to our talent, our voices, and our lens. But, Issa and the team hired people who had minimal to no experience, blending them with individuals who did have the experience. In the end, they were able to maintain a bulk of their writing team, which has since led to multiple overall deals, showrunning other shows, and perhaps one of the dopest things they’ll write on their resume, a writer for Insecure.

We also got to enjoy candid conversations from the cast and writers on the impact of this show. It was emotional because you can tell something intentional was happening on the set. Prentice and Issa created an environment where they were safe to share, explore, and create a show that was meaningful and intentional. With scenes blended from Awkward Black Girl to the final table read footage, the magic of this show and its cast was undeniable. If you were sad to see this series end, or just want to feel inspired in an unexpected way, find time to watch this. You’ll find yourself smiling as the tears fall, but in the end, it was all worth it.

Thank you, Issa, for Insecure. Next up…Rap Sh*t! Below is the trailer for the documentary.