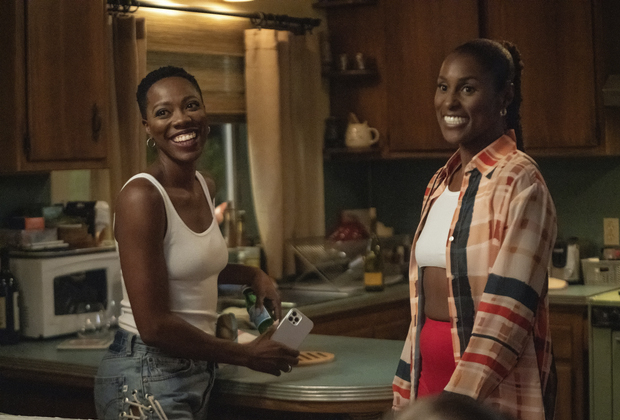 We’re in the home stretch for the final season. Molly’s still single but has clearly done some good self-work. Issa’s got a man, but is learning about the challenges in being a boss. And Lawrence. Good ole’ Lawrence is back in Los Angeles being a full-time co-parent. Here’s where the gang lands in this episode of Insecure.

Issa and her friends spend a good amount of time together in this episode. So much so, that it made me realize that we really haven’t gotten much of the friend group this season. But, what we do get is a good clear pulse on these women and how they continue to show up for one another. The thing this series did very well was provide us with four, clear and well-developed Black women. So, as we see Tiffany two-step, Molly lip-sync with a bottle in hand, Kelly sit high on a couch, and Issa doing her awkward girl thing, it’s a great experience. This game night turns out to be a vessel for venerability and honesty to show up, and I stan!!

Through a question hat-game (with Kelly adamantly opposing), our story is thrust forward with each of the women taking personal digs through questions, and asking some pretty fun and interactive questions along the way. Issa opens up and shares that she is concerned about Nathan’s lack of words. Remember, he still hasn’t said “I love you.” And this in turn brings up unresolved feelings about Lawrence. She shares that she saw him and Condola, and felt bad about how she ended it, ultimately sneaking away to call him. Albeit she’s cross-faded, but feelings be happening’ so sis, I get it. Fortunately, Molly steps in and tells her to sober up, and then call. She listens and even gets that “I Love You” from Nate, too. 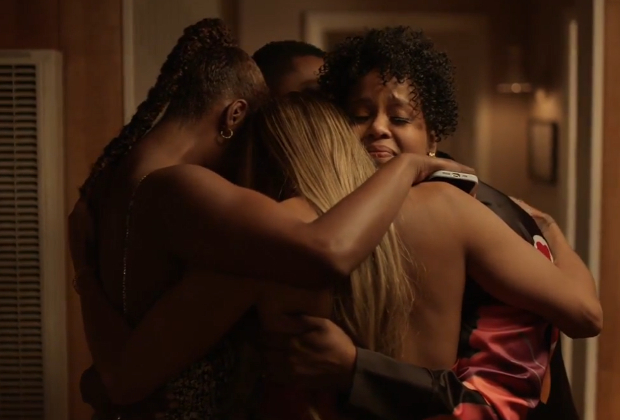 Speaking of Molly and her growth, she does share with the group that she and Taran are treading a line of flirtation. Which, comes as news to the group, because as we’ve known for the last few seasons, it’s beef on sight for these two. And yet, as Molly has evolved, so has her ability to be clear, candid, and intentional. The girls pep her up to send a text, pushing the two of them forward, and honestly, making me think, Molly and Taran may be our shot at an unsuspecting happy ending.

Lawrence and Condola are in a much better place it seems. While there isn’t a clear relationship in terms of them being partners (yet), we do get to see these two show up for their son in multiple ways. It’s a tad awkward at times, but that’s what co-parenting is like. Two people who didn’t plan to make a child, but have a little blessing, and are making it work. Seeing them in this light is a great evolution for two people who more than had the skills to do this in an amicable, mature way.

The episode wraps with us learning that Tiffany is moving :(. But, the ladies come together and reassure her of their friendship and the bond that will transcend state lines. We ultimately end the episode on Lawrence calling. And honestly, I can’t take it. I’ve made my peace that these two are done, so if we’re doing down that road, I will be genuinely stressed. But, with Issa not having closure, and with Lawrence visibly still in it (when she dumped him), I’m soooo curious to see what mess they lead us into.

Here’s the wine down for the week: