Update: When we first ran this post we were not aware of whom Danny McBride’s co-lead was going to be in VICE 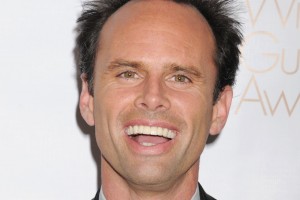 PRINCIPALS and now we know that it is – Walton Goggins (pictured). Oh, you recognize him; he has been in such shows as Justified and Sons of Anarchy. His last comedic stint was on NBC’s Community and now he takes another whack at comedy. His latest character is named Lee Russell who is called a “conniving politician who enters into an unholy alliance with Neal Gamby (McBride).

Also signed on recently is Shea Whigham (BOARDWALK EMPIRE’s Eli Thompson) as Ray Liptrapp mentioned as “the new husband of Gamby’s ex (Busy Phillips), and frequent target of his hostility, despite being a genuine and supportive guy. “

Are you excited for McBride’s return to HBO? It sounds like he has a great cast joining him.

(as of 02.03.15) We haven’t heard much buzz about Danny McBride’s VICE PRINCIPALS until now. We have found, via MTV News, a clip from the Sundance Film Festival, in which he is asked about his latest project for HBO. Here is that clip –

Did you catch that? It will be an eighteen episode run brought to us via the team behind EASTBOUND &  DOWN and we know there are fans of that show around here. For those who need to get up to speed on the new show check out this previous post officially announcing VICE PRINCIPALS. Danny McBride plays one of the title characters named Neal Gamby at Lincoln High, a high school that it is large enough to warrant more than one vice principal. 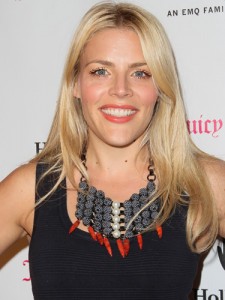 Georgia King (The New Normal) and Busy Phillips (Cougar Town) have all been cast in roles. None of them will be play a VP because as McBride noted in the clip above just who plays opposite him is a bit of a surprise. Randolph will play the powerful and confident Dr. Belinda Brown the new Principal of Lincoln High School; McKinney is Dayshawn, an easy going cafeteria worker; King appears as the fair-minded English teacher Ms. Amanda Snodgrass and Phillips (pictured) doesn’t play a school employee at all, but plays Gamby’s ex-wife Gale Liptrapp who has no tolerance for his antics.

So, how about it? Are you ready for it to happen? HBO president of Programming Michael Lombardo sure seems to be. He said –

“Danny McBride and Jody Hill have created a smart, rowdy and unpredictable style of comedy that we can’t get enough of. The idea of them setting their minds on high school was irresistible.”

Just based on some subtle descriptions about the series and characters they must be a big rivalry within Lincoln High on who holds the administrative power within its halls. I think we can assume the vice principals in play will be more adversarial towards each other than admirable of one another. Also Mr. Gamby (McBride) must also go no-holds-barred in his methods to get what he wants just like Kenny Powers did. We will keep you posted.