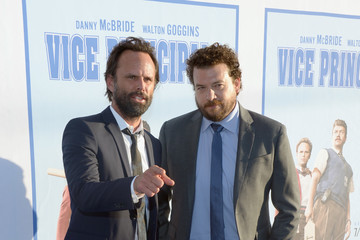 Danny McBride and Walton Goggins have appeared together on EW: The Show to discuss the return of Vice Principals to HBO. Season Two is already looking promising from a very action-packed trailer and an equally action-packed first episode. McBride discussed in the interview that he wanted to give viewers a full and complete story, something with a clear beginning, middle and end and he has decided to do this by completing this story at the end of the current season.

He also went on to discuss how he “had been burned” by TV shows in the past that he invested a lot of time in only to see dwindle out in later seasons saying that “at the end of the day, you don’t know if you saw the completed thing that the original creators had in mind”. Quite rightly, he has pointed out the downfall of many great TV shows, that they go on for too many seasons, too many original cast members leave and are replaced and you just feel like the whole thing is dragging on. Many brilliant TV shows gave themselves a limited run, thus providing audiences with that finality that McBride himself is trying to give.

He went on to talk about how much he has enjoyed his time working with Walton Goggins and said that he “enjoyed working with Walton so much that who knows what could happen” perhaps signaling another collaboration in the future. McBride himself worked as a substitute teacher before he went into acting, which is where his inspiration for both Eastbound and Down and Vice Principals has come from. Will we see him create another school-based TV show, or will he perhaps venture out somewhere else?

Take a look at the whole interview with EW: The Show here.