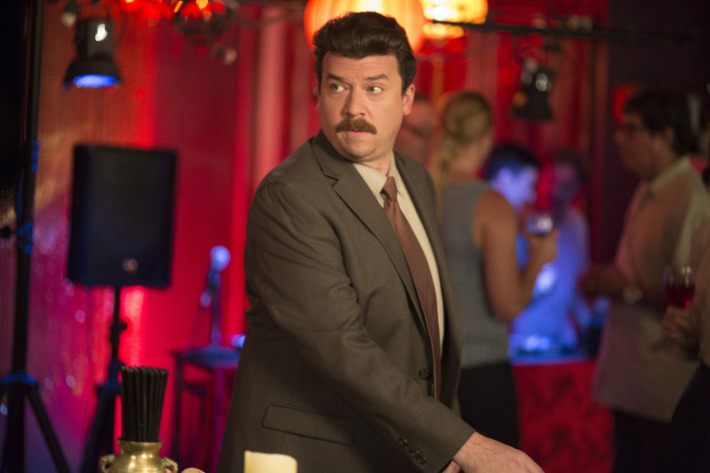 I was not a huge fan of this week’s episode, the humor has gone off the ball a bit and for the second week in a row, we are focusing on building the story of Lee Russell; thus, Gamby’s mission for justice has taken a back seat. I’m all for a Goggins heavy episode but the risk in doing so twice in a row is that you lose sight of the main storyline. My guess is that something big is about to happen and Lee Russell will be at the very heart of it, so it’s thought to be necessary to build his character, give his behavior some context and delve into his psyche. While some of the season’s funniest moments have come from Lee Russell, Neal Gamby and the Liptrapps also provide a level of humor and an additional dimension outside of the school that you just kind of miss when it’s gone. The teachers don’t really provide much comedy which puts the onus on Gamby and Russell to provide the humor. In an episode like this week’s, the tone takes quite a serious turn and the laughs are few and far between. In a season that has poked fun at itself and its characters, this was quite an odd and jarring change of pace.

From the opening scene we learn a bit more about Christine, Lee’s wife, and while they are at dinner her former old flame, Kevin just happens to be in town and goes over to say hello. It’s plainly obvious that the second Christine sees her old boyfriend that the feelings she once had are very much still there. It comes to light that someone started a rumor when they were all at school together that Kevin was a homosexual which was what ended his relationship with Christine and also sent him down quite a dark path. I’ll give you one guess as to who started that rumor. Christine, oblivious to this information bids her goodbyes to Kevin and she and Lee continue their meal. This event is what acts as a catalyst for all events that unfold at Lee’s birthday party.

Everyone is attending this facade birthday party where Lee can feel like his faculty actually likes and respects him for one night. Neal, learning that the Superintendent is going to be there, decides to pay Robin Shandrell to attend the party with him so he can show him off as a boy he rescued from the gutter who is now excelling at school. This, and Ms. Abbott’s infatuation with Neal provide the majority of the humor for the episode, but even that is ropey in places. It comes to light that Christine had hunted Kevin down on Facebook and has been chatting with him online, she ends up getting extremely drunk and discovers 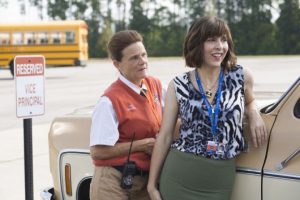 the truth about Lee starting the rumors that Kevin was gay. This essentially ruined Kevin’s life for a short while and Christine was utterly heartbroken it took her years to recover. Lee’s selfish act of lying to get what he wanted hurts two people to such an extent that their lives were altered forever, but he doesn’t care. Because it took the pressure off him being gay and put it on to someone else to be gay and allowed him the window of opportunity to take advantage of a heartbroken young woman and enter into a relationship with her, thus keeping up the facade of his sexuality.

Upon learning this news, Christine goes crazy and completely destroys their bedroom and defecates on one of Lee’s many portraits of himself in their home. She ends up blind drunk, screaming the house down during Lee’s birthday speech and vomiting on the street outside. This is a broken woman. His actions have pushed mild-mannered Christine into acting like a wild animal. But does he care? No. He cares more about his portrait than his wife as demonstrated by the episode’s final moments as Christine lays on the bed, fully clothed and Lee focuses instead on cleaning his portrait than seeing to his wife. 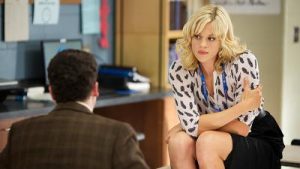 Lee Russell is completely capable of telling whatever lie he needs to in order to get what he wants. While we haven’t seen his behavior reach a physical level (unless we count a failed attempt to beat up a wheelchair user) I have no doubt in my mind that it was he who tried to shoot Lee. While it may not have been him in the Indian headdress, he most certainly orchestrated the entire thing. As long as he didn’t pull the trigger he can say “I did not shoot you” as many times as he likes and it was would be true. All this emphasis on telling lies only points to one final outcome and I firmly believe this is just around the corner.

In a strange turn of events that was not entirely unwelcome after Christine’s outburst, we saw Ms. Abbott continue her pursuit of Gamby. She spikes the drink of Brian, Snodgrass’ new boyfriend, so he collapses and looks old and rubbish in front of everyone. After throwing up out the window of Gamby’s car, she tells him what she did. He thinks that’s pretty cool so invites her back to his house. Thank goodness we didn’t see what happened next because I can only imagine how messy the engagements would have been.

Another Lee Russell heavy episode led to some more interesting reveals about his character but also altered the tone of the season so far. This sharp turn into something a bit more serious has perhaps set the scene for what is to come in the final few episodes. My money is on the truth coming out pretty soon about who shot Neal and then the North Jackson High School bubble that they have both surrounded themselves in is going to burst. He is the tease for the coming week entitled “The Most Popular Boy.”