This weeks episode of Vice Principals added a few more unexpected twists and turns to the tale of “Who shot Neal Gamby?” Despite Lee Russell’s spiral into what we can only presume will be the madness that ultimately destroys him, it was calm ol’ Ray Liptrapp that stole the show for me. 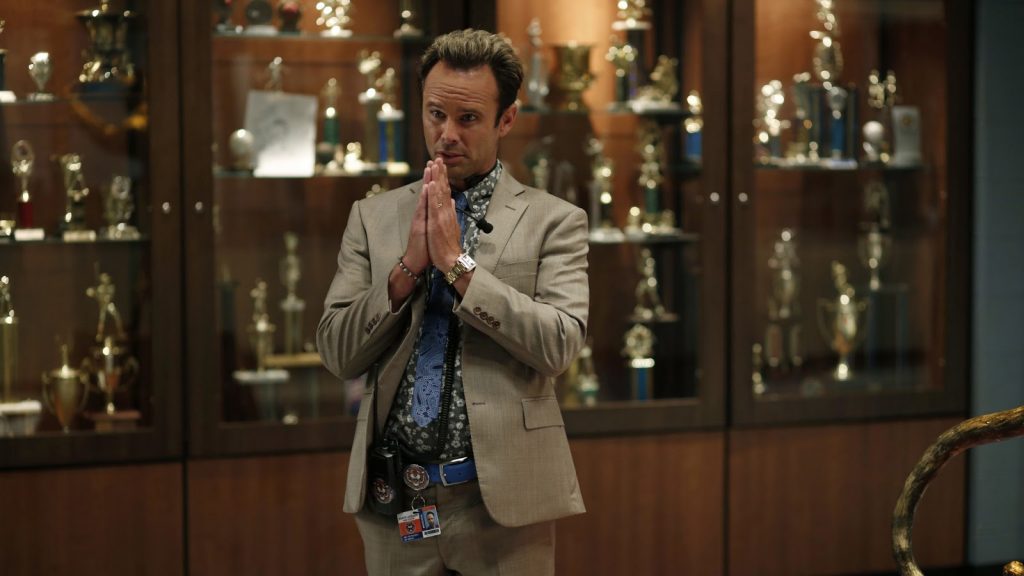 Neal is still on the prowl and decides to turn his attentions to Snodgrass’ new beau Brian (Fisher Stevens) who Gamby now holds as his number one suspect, however, Brian clearly is not the perpetrator and Gamby is starting to clutch at straws. Meanwhile, Russell is a man on the verge of a nervous breakdown as he struggles to gain the respect of his faculty after someone posts cartoons of him on the notice board poking fun at his supposedly small penis. Russell, in all his paranoia, seeks to get to the bottom of it and places Gamby as a substitute teacher to infiltrate the faculty. He fingers wheelchair user Mr. Milner as the artist behind the drawing and Russell tries (and fails) to beat him up in the bathroom, under the cover of darkness so he is unable to be identified.

There are three important things happening at the moment: 1) Gamby is still searching for his shooter and has clearly started to go insane, the scene with Ray in his garden shed evidences this where we see that the shed has been kitted out to look like CIA headquarters and Ray voices his concerns about Neals mental health. 2) Russell is losing it. He’s losing it big time. His behavior is even more erratic than normal, he thrives on drama and he doesn’t wear socks with his shoes. Something is going very wrong. 3) Gamby, in his own weird way, is trying to get Amanda Snodgrass back. 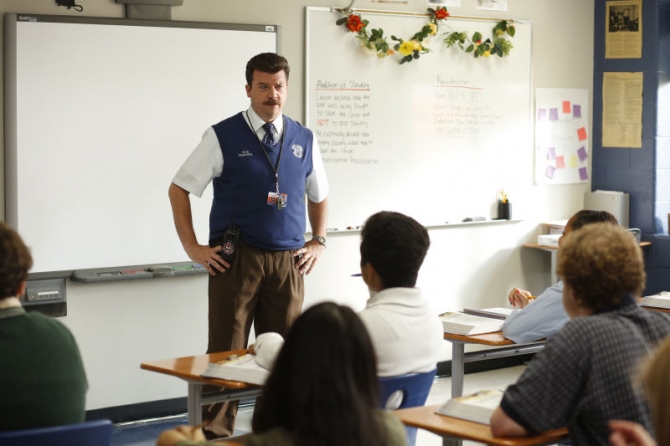 Gamby has no idea who shot him, that much is clear. Last week, he cornered a student he had previously framed and had expelled, a student with a complex and difficult home life who cares for his elderly relative and works at a butcher. No matter what Gamby thinks, this guy did not shoot him, the same with Professor Brian, who, despite infiltrating a tribe of cannibals, is clearly a very placid man and besides, he has no motive. In a desperate attempt for the truth, Gamby pulls a gun on him to test his reaction which is enough for him to cross him off his suspect list. So who else? The only person still sitting strongly in my mind is Lee Russell. I think he’s in Gamby’s mind too but he’s choosing to ignore it. Come on Gamby, it was clearly Lee. If not Lee, then who?

Speaking of our beloved Principal, the only way is down, down and further down. He is hated and ridiculed by his faculty, he is disrespected by his students and he is so obsessed with getting everyone to like him that he is pushing the only person that does like him far away by making him a substitute teacher for a history class. We haven’t seen Lee pull the “don’t you forget that I am your boss” card on Gamby yet but he certainly didn’t hold back when Gamby questioned his decision to make him a sub. Russell narcissistic obsession with getting everyone to like him is going to be his downfall, he is such a hateful man and so desperate for approval that in a woeful attempt to get his wife Christine to engage in some sexual activity, he is left rejected and embarrassed because she really isn’t interested. Lee has a history of needing to be liked, he played the best friend to Belinda Brown when he and Gamby were taking her down in season one because he thrived from her approval. He seeks approval from his wife and mother-in-law, expanding their house and flashing the cash to prove something to them and now he needs the approval and acceptance of his faculty. This is all just boiling down to the fact that he is a closet homosexual and terrified of being rejected by his community. 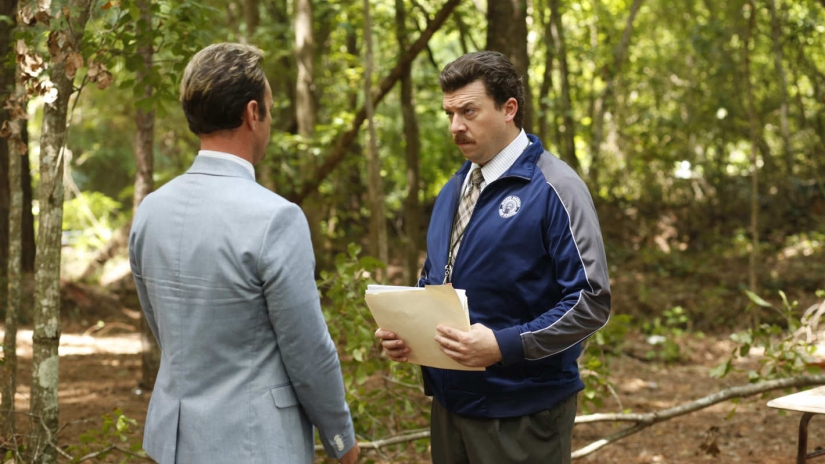 Finally, Gamby and Snodgrass. Our pre-titles sequence took us back to when Gamby was shot and we watched as a tearful Snodgrass ran to the hospital to be by his side only to be rejected and told that Neal said he doesn’t have a girlfriend. The nail in the coffin of their very short relationship. Gamby has never been one to disappoint people, rely on people or let anyone down. He is very much a solo vessel. Now Amanda Snodgrass is living her own life with her new boyfriend Brian who is helping her get her book published. Gamby never really suspected Brian as his shooter, he just wanted to see the guy that he was in competition with. He knows he made a mistake letting Snodgrass get away but he is in no hurry to tell her that. He will go about getting her back in his own unique way.

The season continues to entertain. The characters are taking nosedives and supporting characters like Ray are providing some very welcome comedic moments. With Gamby losing his grip on his list of suspects and instead choosing a life of paranoia and solitude and Russell spiraling into a doomed state of madness our two protagonists (or are they antagonists?) are at risk and I’m sensing an ultimate showdown on the horizon.

Check out the preview for next weeks episode below!