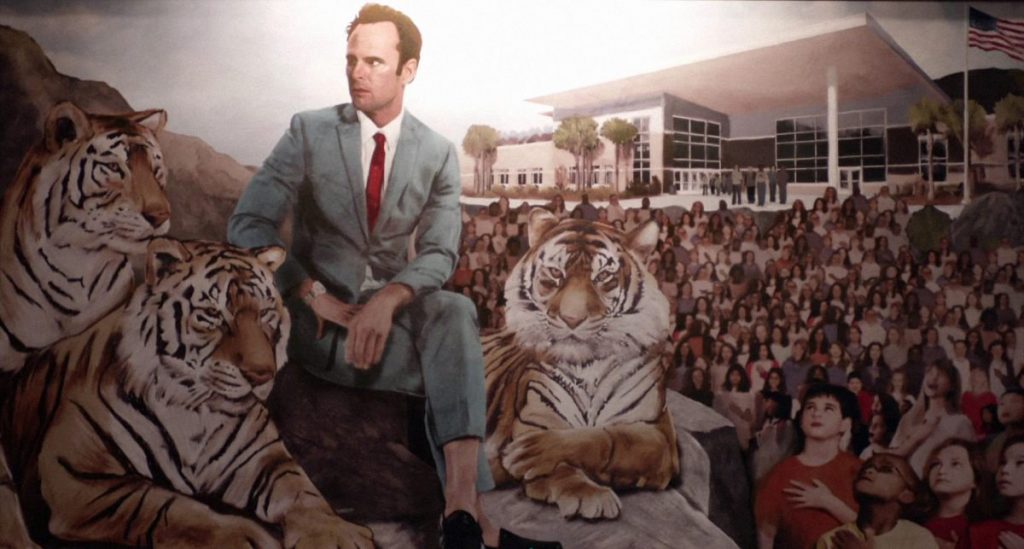 Vice Principals is back on our screens so all must be right in the world. After an explosive Season One finale and a very tantalizing trailer for Season Two, the anticipation for the premiere episode was sky high as we see how Neal Gamby is handling being shot in the shoulder and hip by a masked assassin.

First of all, almost everything that we saw in the trailer happened in the very first episode which is a welcome change of pace from episode director David Gordon Green. A critique of Season One was that there were too many episodes that passed by without moving the narrative along, however if this first episode is anything to go by then perhaps we are seeing a change up for Season Two. The question of who pulled the trigger is even more ambiguous than ever after the two main suspects, Belinda Brown and Lee Russell are removed from the line up immediately. Or are they?

For Gamby, life has taken an unexpected turn and he is living with his ex-wife Gale, her new husband Ray and her daughter. Of course, he is milking his attempted assassination for all its worth and is in a sad little state for most of the episode.  He is hell-bent on finding out who shot him which is taking precedence over everything else in his life, especially returning to work. 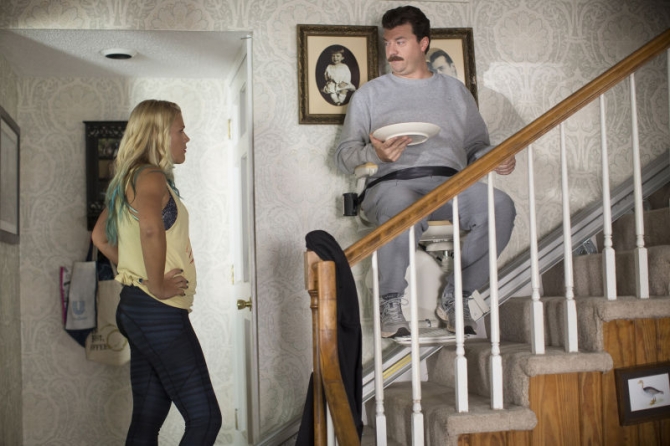 Lee arrives to see him, which seems to be a common occurrence and persuades him to return to North Jackson High School to resume his role as Vice Principal. Upon his return, everything has changed and Lee is now the Principal and decided the school needed rebranding after the attack, so he changed their mascot from a warrior to a tiger and the ‘Tigers’ imagery and motifs are plastered over every possible space.

During a school assembly, Lee celebrates Gamby’s return, branding him as a hero and giving him the limelight. Gamby, disinterested in such trivialities just wants to get back to work which is not really the Gamby we know and love. He has changed, his confidence and his spark have gone but in actuality, this is probably just all part of him feeling sorry for himself. He takes it upon himself to track down Belinda Brown who is his key suspect in his shooting. She tells him that she did not shoot him and that she has happily moved on with her life so would have no need to shoot him, she suggests to him that Lee has benefitted massively from Gamby getting shot – he has the Principals job, a fancy car, a massive house and all the successes he initially set out to gain. Gamby confronts him and Russell confides in him that he did not shoot him but he brought him back because he is in over his head and needs his help to return the school to the way it was before the shooting. 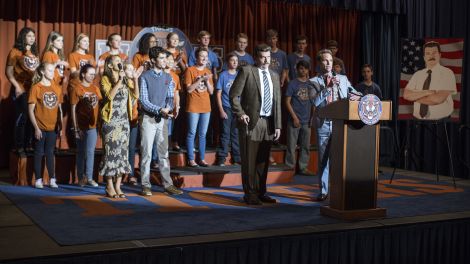 This was a brilliant season opener, we have already covered so much ground while also taking the opportunity to reintroduce characters from Season One that are going to be potential players this season – other members of the faculty, Miss Snodgrass, DeShawn, Miss Swift and the Liptrapps. Gamby no longer holds Brown or Russell in his sights as suspects so who is he going to shift his focus to? Russell has a huge binder of everyone who could be possible suspects so perhaps he will start there either way, the alliance between them has not been broken and Gamby seems happy enough to resume his role and work with Russell as his superior. Unless he is just playing along to get closer to him and see what’s really going on.

The main thing that struck me the most about this episode was how funny it was, something again that was a criticism of the previous season, the comedic delivery from Danny McBride and Walton Goggins was utilized to its full extent for the first time in a long time. The language was just as heavy-handed but there was an element of it not taking itself quite as seriously this time, that they are starting to have a bit more fun with the characters and of course, pushing boundaries at the same time. 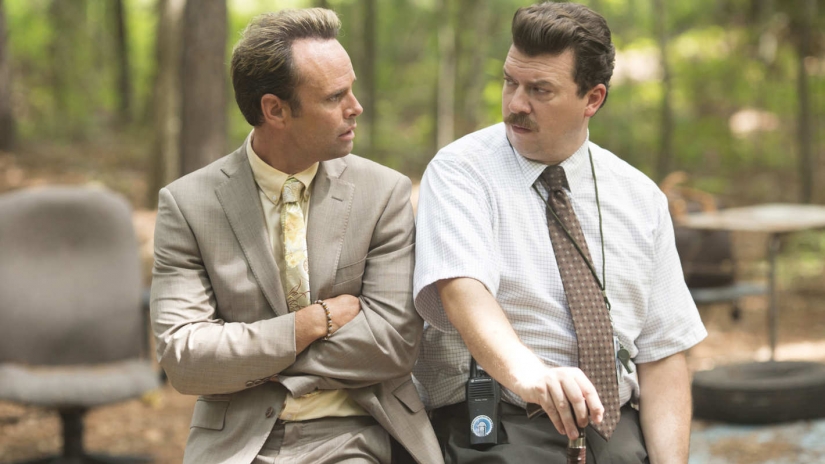 I am very intrigued to see where this season is going to go now, especially considering how much of the first episode was in the trailer, they are obviously playing their cards very close to their chest. I’m hoping for something outrageous and considering that the show will only consist of two seasons,  anything could & should happen. Check out the peek at the next episode “Slaughter” debuting 09.24.17 at 10:30pmET.