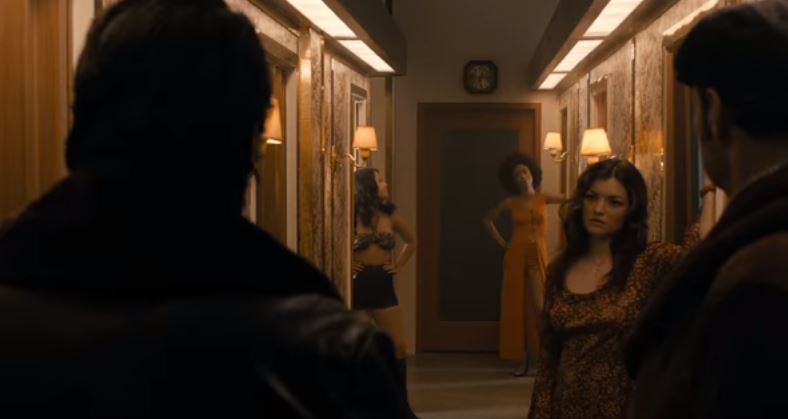 We’re over the midseason mark and seeing the evolution of characters as time goes on. Candy (Maggie Gyllenhaal) believes she’s made her way off the street and in front of the camera, but slow work and a quick move by her lover remind her the street is never far away. Vinnie (James Franco) has come a long way from tending bar at two different pubs to now being an investor in a massage parlor/whorehouse. And the streets themselves even take a turn as changes in obscenity laws and political moves by the police force crackdowns. What a week! 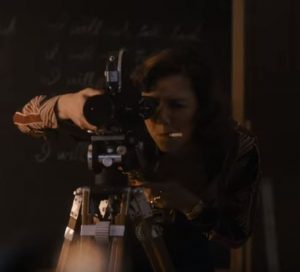 Candy/Eileen continues to be my favorite character as she strives to find the best way to live her life and support her family.  She’s having some success with Harvey and feels on a roll.  But the work is starting to dry up, meaning Candy will be back on the street, facing the possibility of more beatings. Which we learned have been a lot worse for her in years prior.  And if she can’t bring in money either in front of the camera or on the street, she can’t afford her bills and won’t just be walking the street but sleeping there too. For ‘Eileen,’ she’s opened up to a guy and even slept with him. But when he offers her money for a cab after sex, it isn’t just her personal life anymore; it feels like business. Candy/Eileen is never far from the street, as hard as she tries to get off it.

Vinnie has certainly seen a change in his life as well. From managing two low activity bars to managing one successful bar to now owning part of a massage parlor/whorehouse, he is having quite a roller coaster of a season. Who knows where it will go from here? When Pipilo (Michael Rispoli) recruited him, he had a sense for Vinnie and the money he would bring in. Pipilo clearly has good vibes because in no time at all Vinnie has made the Hi-Hat the place to be for the outcasts of the Deuce.  It is the place they go to drown their sorrows, paid with the money they had to scrape to get by. But Pipilo, in his possible good vibe wisdom, offers Vinnie run of the massage parlor he wants to open up. The massage parlor would look like a massage parlor but operate as a whorehouse. And getting the girls off the 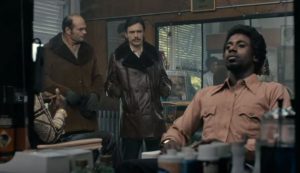 street is good for everyone.  The girls don’t have to be out in the cold/wind/rain/snow and they will make bank with clientele one right after the other so the pimps will make money and get fewer arrests which means the police won’t have to deal with how the streets look.  Win, win, win!

One more significant change has been the street itself. Obscenity laws were being revised as pornography continued to become more prevalent and politics began getting even more involved in police movement. As we saw previously, the cops were on hold from taking action to clean up the streets in the Deuce. But after a while and closer to the end of the year, politically it is more about stats and boosting numbers. Hence the thorough and constant sweeps that are plaguing pimps from making any money. Moving inside is best for everyone, and with the pornography industry about to explode, even more girls will catch the acting bug.

Let’s go behind the episode. Following that is the tease for episode # 7- “Au Reservoir” in which the pimps see their livelihood threatened and Vinne & Abby are attempting to be classy!