Rudy got whacked by that scumbag, Tommy Longo. Gene is still cruising while trying to hide behind the façade of a normal, heterosexual image. Big Mike has HIV. Lori is completely done with everyone and everything. Eileen’s desire to remain financially independent of a man is fully understood once we see her back story. Paul finds a worthy cause to throw what’s left of his life into. Abby is trying to help Paul with some major decisions, which will be more of a headache than a help. Vincent’s all over the map and in a bad headspace. I guess I’d be too if someone killed my brother and the mob was after me. Gulp.

So, with the home stretch in sight, so many folks of the Deuce are just going down a rabbit hole. I don’t know how else to put it. Just when some of them seem like they’re finally going to get their due (in a positive light), something awful happens, creating an emotional tailspin. The cops are mostly crooked, looking to score better jobs and exploiting honest officers; politicians are all greedy bastards and then there’s the mob. Once you’re in with the mob, there’s only one way out and that’s usually death, whether it’s natural or by a bullet. AIDS has everyone scared (and rightfully so) and the porn industry is still booming, although we know who’s doing all the work and who gets paid for it. Gender inequality runs rampant and it’s enough to make me scream with indignation. 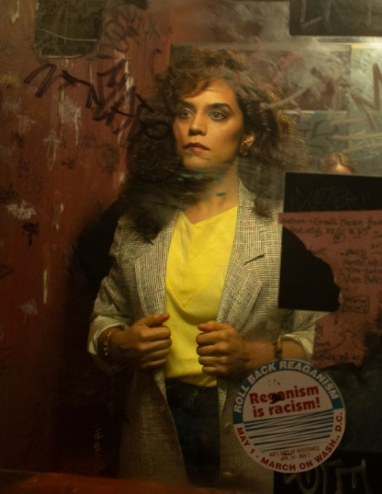 So, Gene has been privately sleeping with men, through a series of anonymous encounters. Though he claims to be careful, his wife tries to speak with him about how their marriage isn’t loving or fun anymore, he totally brushed her off last week because he simply could not stop his nocturnal activities. His wife is hurt and just can’t understand what is wrong with him (he’s a closeted man and he wants to keep going with the pipe dream of a house, picket fence and two children, the American Dream, good job and all.) Gene – you’re hurting your wife and putting your health at risk. And yet, we see him attempting to cozy up to Paul in a bathhouse later in this episode. He’s got a death wish, it seems.

Big Mike shocks Vincent by literally taking off for good. After getting some horrible news from the doctor, what’s there left to say? Mike leaves Vincent and walks right the hell out of his life. Vincent is losing everyone dear to him: his brother was killed; his other best friend is dying and leaves without another word and his relationship with Abby is there, but sorely lacking in vibrancy and genuine affection. Is there no safety or permanency on The Deuce? Guess not. 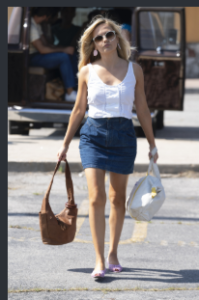 Lori has hit a major roadblock in her career and her personal life. To be blunt, all Lori is…well seriously, all she is a series of profitable holes for Greg and Kiki to make money off and she has absolutely had it with the lot of them. Greg is off having a good time with another woman and when Lori sees this, she flies into a rage, But hey, Lori is a porn star and she does it all the time, so why can’t Greg have a little sally on the side, too? And Kiki hasn’t really been affording the protection that Lori really needed to make it in this business and Lori shows both the door. Don’t let it hit you on the way out. It’s kind of how the ladies of the French Parlor finally reached their breaking point with Bobby and get a better monetary deal for themselves. I’m all for it because let’s be honest here: Bobby is totally useless. What protection does he offer the ladies? Does he do any of the work there? Nope. But does he expect to get his cut? Yup. Take a hike, Bobby, you and your toupee.

Alston has been on what feels like a wild goose chase this season. He’s had crappy leads and had to deal with some real jerks when it came to be discovering who some of the landowners were and what absolute scumbags they turned out to be. And remember our crooked, lazy and arrogant copy Haddix? Yeah, he’s all about sitting on his butt, doing nothing and wanting to coast through what’s left of his law enforcement career, while trying to wheedle Alston into getting him a plum job. Haddix is a see-more-do-less kind of guy. I hope he gets a swift dose of karma his way, too. Wouldn’t it be ideal, in an ironic turn of events that Alston became Haddix’ superior officer? I’d pay to see that. 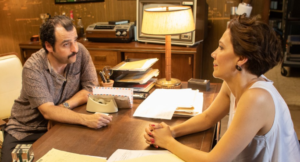 For me, there were two things in this episode that got me upset. First, it was the murder of Rudy by that weasel, Tommy and second, how badly Eileen wants to hammer out a movie, only to have Harvey come on to her, like it was an appropriate time to express his feelings (or in his very clumsy attempt in doing so) and this is where we find out why Eileen has been so adamant on being financially independent of a man. Her mother passes away and her son is on drugs, and just too out of it to even attend his grandmother’s funeral. Stay classy, Adam. Eileen has had enough with the lot of them, all disappointing in one way or another. She was a teen when she got pregnant and instead of getting some support from her father, she got deserted. She didn’t have an abortion and was a teen mom – no cakewalk and she was made to suffer for it. Single parent, life on the streets, adult film star and femme erotica film director. Yes, Eileen has seen and experienced some things, and nobody did anything for her. Harvey, in his uncomfortable and awkward way, though it was just perfect timing to give in to all those pent-up feelings he had for his protégé. Ugh. Things were tense between them before, so I don’t know how their professional relationship is going to fare. 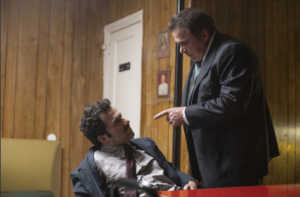 And as for that backstabbing, scumbag Tommy Longo – I’m going to state for the record that I didn’t like him from the get-go. He had a greasy, snake-like look to him; always looking for the next big break in order to get ahead. Rudy was old school and Tommy was another hothead younger mafia soldier. Rudy paid the ultimate price for Vincent murdering the Gambino fellow, Pasquale. I’m just totally ticked off that Tommy turned out to be such a rat. The mob is a business: cold, ruthless and calculating. They’re in competition with other families and do not want to share power. Vincent is haggard from worry and packs a piece wherever he goes. He knows that his protection from Rudy was limited at best. Now what? Will Abby leave him out of fear and self-preservation? Will Eileen and Harvey stay professional and will she create more arthouse films? Will Lori rise to the top without any more leeches? Will Haddix disappear from the force? Can Alston have a happy ending, complete with a promotion and a loving relationship? Can Vincent find his way back to being somewhat steady?

We don’t have many episodes of THE DEUCE left to find out, but we’re here until the end.