I feel like the 1980s are getting a bit of a revival here. First, Stranger Things. Now, The Deuce. Although The Deuce is NOT for kids but you knew that. And I really hope that Maggie Gyllenhaal gets an Emmy or whatever other awards she is up for due to this HBO series. She is smoking hot in this episode. I have high hopes for The Deuce’s final season. Oh, the 1980’s: some of the best years of funny clothing, awful clothing, authentic music, layered on make-up and BIG hair and shoulder pads (Dynasty’s Joan Collins and Linda Evans, a nod to you ladies!). Oh yes, and of course, we can’t forget all the high-powered politicians and wall street hotshots. First, relive it all and get up to speed with The Deuce via the trailer.

Technology advances have made the adult entertainment industry. It allowed people to view adult films in the privacy and comfort of their own homes, due to the VHS and Beta machines. Adult film stars now know how to negotiate top buck for themselves and agents are the biggest thing; this is good because it affords the actors and actresses better salaries and newly improved sets to work on. Let’s face it, the agents are also a bonus for women. Well, they are a safeguard in a male-dominated realm. Let’s face it – the women need a leg up (pardon the pun) and it means safety and consistency. Candy is still trying to produce and direct more tasteful forms of adult films but it’s still a tough sell. Men want to see action and don’t care a fig for art house storylines.

Vincent – he’s still doing his thing with the club but as for his relationship with Abby, well, let’s just say that the excitement and passion of an open relationship 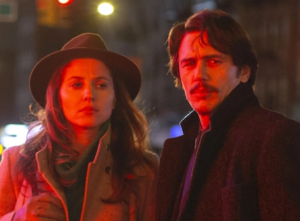 has now become like a bottle of champagne…except that the booze has gone flat. Maybe Vincent is feeling burnt out and yearns for something simpler. His ex-wife is starting to look good about now. Of course, Vincent tries his best to do what is right, but we must remember that his brother Frankie is a bit of a screw-up. Frankie is trying to be a man of all trades: a drug dealer, a gambler and being a general idiot when it comes to his enterprises. We know Frankie is going to have a huge set back; it’s just a question of when. We all know that Rudy is going to be there when Frankie royally messes up….and we know how Mr. Pipilo cleans up messes. He does so effectively, either with cement or a gun.

The 1980s brought frosted hairstyles and hideous make-up but it also brought something more sinister: AIDS. I’ve always said that Paul shouldn’t be freelancing in down and dirty bars and parties! AIDS was a lethal weapon and so many men were being infected and for all the news about it, nobody knew exactly how it was spread. It was only a matter of time that the causes of it were infected needles being shared by drug users and promiscuous sex and the lack of protection. It’s a horrible combination and so many people were doing drugs and throwing caution to the wind, only to suffer painfully down the road. If we are talking about NYC in the ’80’s then this topic has got to rear its ugly head.

Abby continues to be an advocate for basically anything that breathes or crosses her path these days. Don’t get me wrong: I think advocating for something you strongly believe in is a proactive way of bringing awareness to plights in the world. But it just feels like Abby is going on a big-time crusade for anything and everything…it’s overwhelming and just too much. Pick a few causes and devote that time and energy into a small number of worthy endeavors. That way, you aren’t spread thin, you’re not angry at everyone all the time and you won’t lose your sanity. A major theme I’m seeing is the portrayal of women in the adult film industry and how a lot of women are against this field, hence you get some feminist vibes from some of the protests going on. 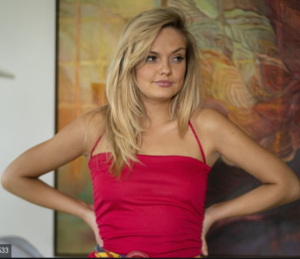 Lori, on the west coast, is finding out just how awesome it is to be on set – she is treated well and appreciates it, and she went through hell and high water – she’s earned some respect and professional courtesy. Lori still struggles with the temptations that the adult industry presents lots of drugs, alcohol and the dangers of becoming a drug addict. In some ways, the adult film industry is much better for women than being on the streets – remember how hard some of the ladies had to work to make a buck to feed their kids, or pay bills or pay their pimps? It’s hard out here for these ladies, so wherever they can seize some power, I am all for it. Here’s looking at you, Melissa, for trying to escape the drudgery and horror of prostitution.

I’m still a bit disgruntled for Candy. She’s still trying so hard to create films that aren’t just smut and because she’s a woman, she isn’t being taken seriously. You can see why a lot of women were frustrated: they wanted to be heard, valued and respected. When we see Candy and Harvey working on her films, it’s like she’s a rat on a wheel. She has great potential; if only the adult entertainment industry viewed women as successful filmmakers. After all, this is an industry where pleasure is the main principle (besides being financially successful at the box office). Women make up a huge number in this field, so why not have films that cater to what women want, and not just the men? 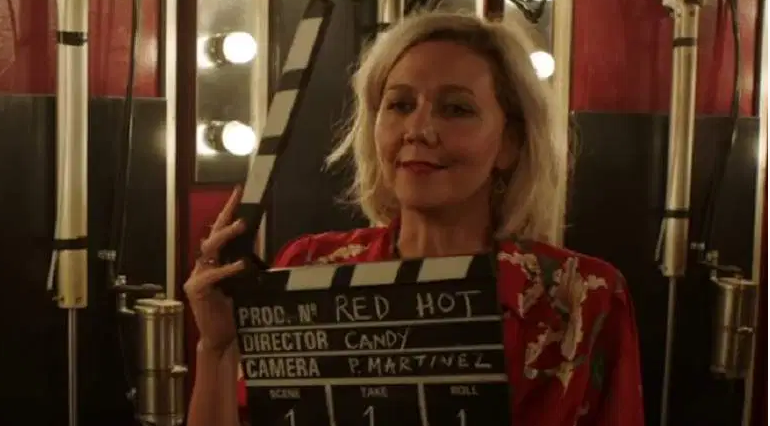 It all builds up to an exciting vibe. It all sets up to a solid start to the third and final season of The Deuce Monday nights at 9:00pm. I hope it only gets better from here.