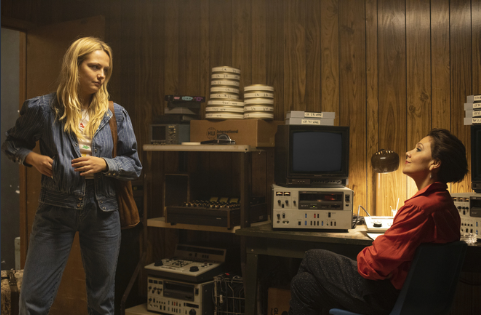 Wow, talk about a final curtain call for some of our characters. What began three years ago as a show about the rise of adult entertainment quickly crossed over to themes of family, health and safety issues, medical concerns, relationships, the corruption of political office, people just struggling to get by and the exploitation of women at the hands of men. Creator David Simon nailed it! The Deuce has not disappointed so far and the third season has been gut-wrenching and has thrown some curveballs our way too. Whether or not we wanted to see the writing on the wall, some of our characters simply could not beat a system that kept them oppressed or broke their spirit. And we are saddened by it.

Big Mike has made his peace and he looks like a walking corpse. Rudy is dead. The club is closed for good. Vincent looks like he’s seen better days. Abby has flown the roost after getting scared stiff at the way things have evolved with Vincent. Gene and his wife are separating but I think we all knew that’s where the marriage was headed. I mean, he’s been coasting for so long, pretending to be heterosexual in a dead marriage to save face. He’s also been a dirty backstabber in terms of trying to paint Alston as a crooked, arrogant police detective when we all know Gene has his own ulterior motives. One prevalent theme was the gentrification of 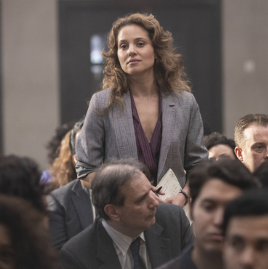 the Deuce. We all see how some areas undergo this transformation, but it really does create strife and a division between the classes of people. Gene really got his ass handed to him by Abby. Abby has always been involved with many projects; some were worth endeavors and others were just a way to fill the time up (when she was feeling a void in her relationship with Vincent). I don’t think Gene was expecting someone to really have the backbone and the clarity to point out some glaring facts about the impending development, designed to clean up the area. How are people supposed to react to that kind of news? Gene clearly didn’t prepare himself for having a well-spoken, logical person in the community argue against his points. Gene’s personal life is hitting the skids. I still wonder about his personal life, though and if his health has been put at risk. I really hope that Gene doesn’t have HIV. That would be career suicide and a huge personal setback.

And speaking of suicide (sorry about the SPOILER, but it has to be brought up) – which I would like to state should never be taken lightly – the major bombshell of the night was Lori. This season, we’ve seen Frankie and Rudy murdered; Todd passes away from complications due to AIDS/HIV and Big Mike is coming to terms with the fact that he doesn’t have much time left. But Lori – this was a huge shock and I truly thought that she had beaten enough things that she would overcome dumping Greg, firing Kiki and having some semblance of success, and I thought she would go with Eileen and take it from there. Was I ever wrong and this was sad for so many reasons? Lori was victimized 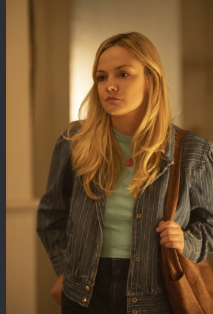 and abused by CC. Just as she escapes his clutches (and he meets his own end) she’s off so sunny LA. Her future seemed brighter – with proper managerial representation and endorsements, you’d think that she would’ve had money saved up for the day she wanted out. Nope. Nothing. Once again, this is a prime example of a woman who was trying her best to overcome so many obstacles, only to be screwed over from the people that were supposed to be looking out for her.

I thought Eileen was going to be the lifesaver for Lori this season. She was kind of enough to speak to Lori, to try and impart advice and some money. Eileen cared enough to do these things and I wished that Lori clung to that a little harder. Stints in rehab; broken relationships; PTSD; possible child abuse; financial manipulation and profession exploitation; a final break up and a parting of ways with her manager led Lori down a very painful and isolated path. I cannot imagine the pain that a person must be experiencing, in which the only way out to get rid of it is to end your life. It’s shocking; it is heartbreaking and it’s permanent. She died alone, scared and high out of her mind on cocaine. A person in pain can only endure so much and Lori reached her breaking point. Take into consideration that back in 1985, there were some supports available and perhaps if someone took notice of Lori’s pain, or maybe if Lori had some support system in place (like a hotline, counseling, therapy, advocacy groups or proper medication), maybe she would’ve been able to get through this obstacle. But we’ll never know.

Vincent and his paranoia get the better of him. Arming himself with a gun with the hopes that it will keep it safe is a lie. We all know that just because you have a gun, it doesn’t automatically make you immune to a hit and in Vincent’s case, when he finds out that Rudy got killed for going to bat for him, it kicks Vincent in the gut. Rudy was an old school mobster who understood that there were certain unspoken rules you abided by. Rudy didn’t always like some of the guys in the 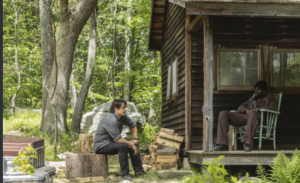 family circle, but that’s life. He certainly didn’t like what happened to Frankie and understood why Vincent did what he did. But Tommy is a snake and now Vincent must look over his shoulder all the time. That’s no way to function, let alone, live. And finally, Abby leaves. You could see her and Vincent were going through the motions but now, having to contend with Vincent being armed and God only knows what else is in store for him, she’s scared. She’s angry. A lot of time has been wasted between the two. The relationship busts out. We all knew it was going to happen, it was only a question of when.

It’s been an eventful third season of The Deuce. With the finale in sight, what will happen to those left at the Deuce? Who will succeed? Who will fold? All I know is that I am going to miss this series.