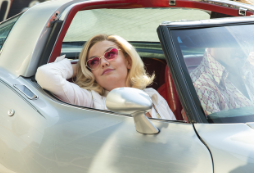 So many stories come to fruition in the season finale. Some of our characters had the potential to elevate themselves from a life of monotony and others, well it’s just another day on the job, doing what they can, to get a quick hustle or to survive.

For Detective Alston, it’s being promoted within his division and minding his p’s and q’s – in other words: don’t clean up anything, the Deuce is already too dirty. But Goldman is biding his time; he needs Alston to just clock in daily and make sure things stay static because Goldman will clear out the rot when the time comes. Basically, look the other way and shut your mouth. Adding insult to injury is that Alston has to now grind his teeth in dealing with Detective Haddix, who after shooting and killing Rodney (for a botched robbery attempt) and being shot in the process, is viewed upon by the force as a hero. I think we all knew a good man like Detective Alston wasn’t going to be able to have the freedom to do his job properly and truly clean out the department of corruption. Now, he can’t get rid of Haddix even if he wanted to. 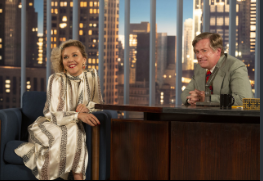 In the movie business, Frankie is in the hot seat because he sold profit percentages of Red Hot to Rudy and Matty the Horse. Frankie won’t see his share of profits from Red Hot; Harvey is frazzled at knowing Frankie is an idiot when it comes to making financial decisions. Candy is a realist: she knows that the movie is going to do well, it’s going to make money, the mob will get their share, and she’ll get even more exposure which will give her the freedom to make more movies. Her future looks good on the professional front: off the streets, behind the camera as a producer and director and freedom to make decisions. Even though she had to break up with Russell and go on a talk show and suffer the host’s condescending remarks, she knows she’s got to play the game in order to get ahead. She’s come a long way from the streets, yet her personal life fares terribly. Her parents have turned against her and her son is bullied because of what his mother does for a living. I suppose you can’t really have it all.

Abby finds out that Dorothy has been killed. Her approach to trying to get the girls off the streets earned her the ire of the pimps. She became a target and it was only a matter of time before she was killed. The police and the detectives find her rotting body behind a dumpster. What an awful way to go. It certainly puts Abby in a fog – and Vincent’s just trying his best to support her through this difficult time. 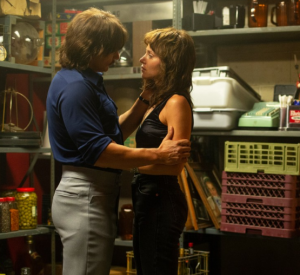 For Bobby and Vincent, it’s the horrifying realization that they could be taken out at any moment from the mob. Bobby has become increasingly worried and with good reason: what if one of them accidentally angers one of the mob and then there’s another hit put out? Bobby’s already feeling strained about the murder of CC, as well as dealing with his son not wanting to go to school and hanging around the massage parlors. What kind of life is his son going to have? How safe are Bobby and Vincent from the mob? Vincent and Big Mike talk about the possibility of being taken out one day from a hit and agree that they have each other’s back. Still, it’s a pretty scary notion – the lack of security and the fleeting notion that by being involved with the mob, you’re never really quite safe and out of harm’s way. Even Paul finds out the hard way – he’s all about fronting money to get community theatre up and running for his new boyfriend – and Tommy reminds him that once you’ve borrowed cash from the mob, there’s no clean break, even if you’ve paid back in full (even with interest). You never get away from the mob.

Lori – who’s been plagued by years of abuse from CC – is an emotional wreck and is abusing cocaine, in order to cope. She’s getting the fame and fortune she desperately wanted but fears reprisal from CC. It turns out that Frankie is the messenger and delivers some of the best news for Lori: she won’t ever have to worry about CC ever again. Lori can finally move on with her life and leave paranoia/fear behind her permanently and get on with the business of making movies. It’s easier said than done and CC’s emotional and mental abuse had clearly taken a toll on Lori; but now she can find some peace, knowing that he’s permanently out of the picture.

Darlene and Larry are on redemptive paths: Larry is enjoying a new career as an actor and his pimping days are almost completely behind him. This new found freedom of acting has allowed a different side of Larry to come out whilst honing in a new craft. Darlene comes clean to the handsome student that’s shown an interest in her: she reveals what she did for a living and how she’s trying to better her life. So many people are so quick to judge what a person has done in their past and it’s nice to see that her potential new love interest hasn’t shunned her. The way Darlene and Larry part ways is friendly, amicable and it’s as though the two of them understand their time together has now come to an end and they need to move on, but separately.

The way the finale ends, it gives you a glimpse into some promising events on the horizon for our folks at the Deuce. Candy and Jocelyn hammer out scripts. Abby is counting envelopes full of cash, probably musing about what new cause she could put the funds towards; Lori arrives in sunny Los Angeles. Rudy and Matty exchange laughs and whiskey, pleased with all the dough their raking in; Darlene goes out on a dinner date; Larry reads lines with bravado for casting agents; Harvey reads the reviews about Red Hot and secretly eats French Fries from his desk drawer. Frankie gives a cut of some dough from the peep show parlor to Irene. Alston has to do a photo with his superiors while Haddix gets a hero’s welcome. Vincent cruises through his club, gazing through the crowd as they dance, smoke and drink the night away. Will Vincent be able to break from his mob ties? Did Alston think police corruption would come to an end? Will Frankie make other stupid decisions, when it comes to managing small businesses? Will Harvey ever be able to relax?

Most importantly, will you be able to wait for the third season of The Deuce? 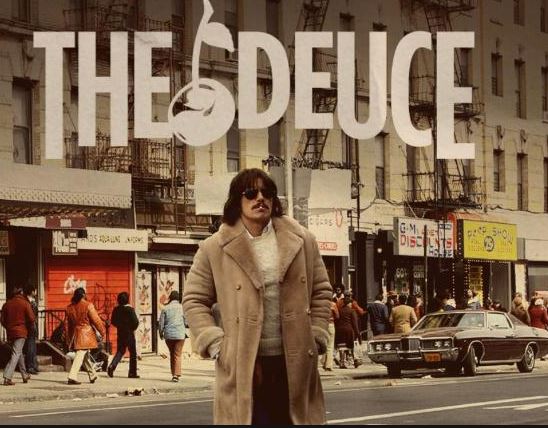