It should be no surprise that if there was any news to drop about THE DEUCE it would be during the run of its season. HBO just times it announcements that way. It is like HBO looks at the numbers of how many are tuning in to the program in question and based on what they see in real time they make the call to cancel or renew. So, I guess it is safe to say that HBO liked the numbers and the creativity of THE DEUCE to renew it for a third season.  However, there is a bit of disappointing news attached to that fact. Season Three will be its last.

Now that shouldn’t really be much of a surprise either. The show deals with real facts and the timeline of what went down to force the major renovation of The Deuce to become Times Square is fixed in time. So, when the gap between Season One and Season Two was a whole five years the storytellers cut their story time down. I knew once that time jump happened that THE DUECE wasn’t going to see the five seasons that David Simon’s THE WIRE ran but I thought it could go for four like TREME. But, Simon and George Pelecanos only have one more season after this one to do it in. 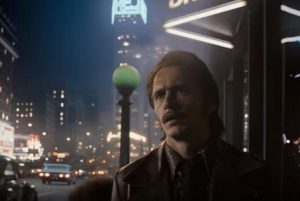 My source for this news cited the following – “The Deuce returned with new episodes on Sept. 9 with ratings that so far have been below the show’s Season 1 performance.” Damn, when will the masses learn to appreciate the work of David Simon? Did the numbers have anything to do with the decision to keep the show at three seasons? And if the numbers are poor then I guess THE DEUCE fans can count their blessings that they at least get a third season as opposed to the abrupt end Season Two would give us.

Our source also mentioned the heat star James Franco had received over harassment allegations. Those allegations, however, did not happen during the production of THE DEUCE. We mentioned it a while back too. I draw your attention to it again here because it does not seem like the allegations have any bearing on Franco’ appearance in the series or the decision to end after next season. 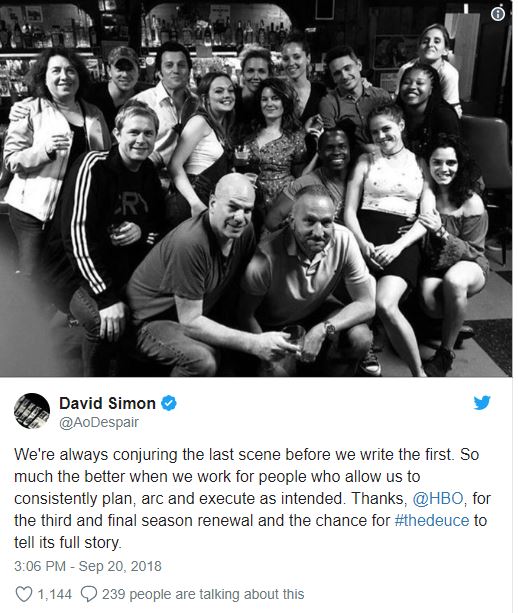 I’d like to think that the real reason THE DEUCE sees only three seasons is because that is all it needs to get the story told and the rest of the mentioned facts just don’t matter. I’m going to enjoy THE DEUCE no matter what. How about you?