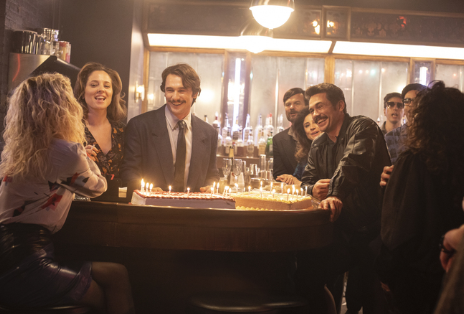 What a doozey of an episode!  There are events in life that many of us cannot change. And some of us grew from those events. Others were beaten down and broken by them. Some people see opportunity during adversity. For some of the folks in The Deuce, they’ve either been broken, shaped, hardened or rolled with what’s happened. It’s easy to point the finger and say, “Well, I would’ve done this” or “I would never have done that” – but the simple truth is, a human being never knows what they’ll do until they are forced in a situation that puts them in an uncomfortable position. As much as we all would like to think we’re tough and fearless, deep down, we all suffer from anxiety, insecurity and comparing ourselves to others. That’s my take going into this episode, but here is the Inside clip –

Melissa ends up moving forward with her life and leaves town to return home with her father. Oh, it’s not going to be all sunshine and roses; not with her past as a prostitute and adult film star. No matter how much her father says he doesn’t judge her for what she did in the past, we simply know that he’s upset about the choices his daughter made. We shouldn’t judge people by their pasts; they don’t live there anymore. Then again, Melissa’s father can’t let go and move on. 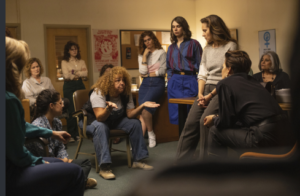 For all of Eileen’s success and journey into artistic femme erotica, she is severely chastised while attending a group discussion on the harmful effects of pornography on women. Abbey brings Eileen along, in order to have a different perspective during these hearing and it has a polarizing effect on Eileen. Life on the street for a woman is fraught with violence, tension, trauma and health/safety concerns. Eileen went from the streets without a pimp to acting in adult films to making them (with a feminist lens) and although we consider that to be a success story, many of the women in this forum think its more exploitation. When we stop to think of who does all the actual leg work in pornography and who profits, it’s still the men who get the profits and the power, still exerting it over women. That grinds my gears.

Paul continues to take care of his partner and we are reminded of how frail life can be. It makes you appreciate the people in your life, well, most of them at any rate. Todd is sicker with the disease and it’s only a matter of time before he dies. It’s sad and an eye-opener to what many gay couples were experiencing in the 1980s with the AIDS scare everywhere.

Lori, trying to branch out into more legitimate fields, is humiliated and defeated upon finding out that she didn’t get a part in a movie that she auditioned for. She’s so desperate to reinvent herself by any means how. She started off as a prostitute who had a violent, controlling pimp and branched out into the adult film industry while battling several drug and alcohol addictions. She’s a survivor but life should be more meaningful. She’s upset with herself and her self esteem clearly hits an all-time low. Back at The Deuce, she is a train wreck of emotions and stumbles into Big Mike’s arms (he’s swoon-worthy, from my 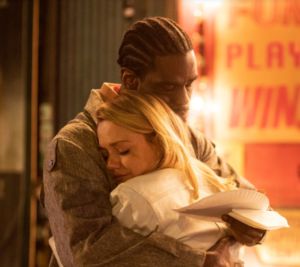 perspective) but it’s who’s arms she falls into next that really surprised me. Between the relationship troubles, his cash flow problems and his issues with his twin brother, Vincent and Lori finding temporary solace in each other’s arms (because they don’t quite make it to the bedroom) was a powder keg and match. They’re both down on their luck and are looking to fill a void. Vincent, trying to be mindful of Lori, attempts to use a condom and that’s Lori’s breaking point. I thought he was trying to be sexually responsible, but she takes affront to it. She’s at her lowest and when she reunites with Kiki, she’s done, admitting defeat and throwing in the towel.

Vincent and Frankie celebrate another birthday together. And we all knew that Frankie was cruising for a bruising over the past few seasons. He’s a hothead, notoriously being a screw-up; having beefs with the wrong guys; trying to prove he’s mob material and getting in way over his head with one get rich fast scheme over another. How many times did Vincent tell his brother to stop being stupid, to stop taking on business deals that get him in the red? After getting in huge trouble from Rudy about the parlor viewing movies being cut with disgusting child exploitation clips, his side hustling of drugs got even dirtier. Frankie wanted to be part of Rudy’s crew but because he’s reactive instead of being level-headed, Frankie took the rejection poorly. Frankie, it seems, was cutting the quality out of his drugs and 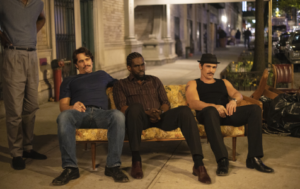 mixing it with God only knows what. And you think the dealers weren’t going to get upset? That they wouldn’t find out from their customers that the quality is poor?! Well, Frankie – you nailed your own coffin shut. In the most surprising twist of the episode, Frankie is shot and presumably killed inside his club. What was supposed to be a birthday celebration of friends, cards and a good time ended with Frankie ticking off the wrong guy by the night’s end. Vincent, visibly upset, is in shock in the attempt of trying to save his brother Frankie. There was a lot of blood…and it’s left ambiguous. I don’t think Frankie is going to survive getting shot in the stomach. His death is going to have far and wide repercussions for The Deuce.