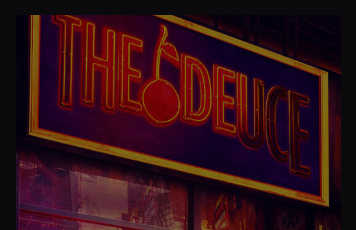 Three years of trials, tears, frustration, triumphs, disappointments and heartbreak have come to an end. And I am so sad – under HBO’s magnum opus, Game of Thrones, fans would tune into other quality shows – and many did not have the majestic caliber of Thrones but guess what? There were some hidden little gems, and The Deuce was one of them. Going through the seedier side of life – particularly life on the streets, mob-related activities, small business owners just trying to get by and the rise of the adult entertainment industry – The Deuce was an examination of human nature. 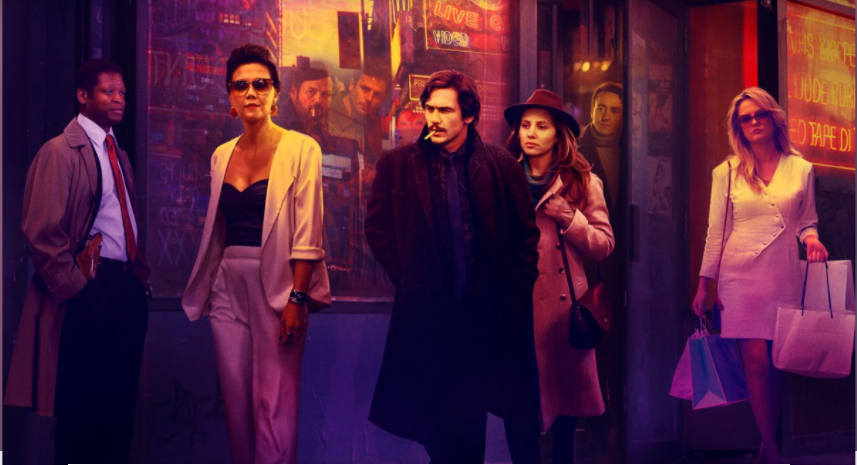 In the final season and show finale, “Finish It” was all about tying loose ends. For all the trials and tribulations of our characters on The Deuce, some surprisingly made it to the end while others did not. The finale has two timelines – 1985 and 2019. Before heading into the future, we find out what happened to the folks that made it into 1985. Death was a major theme and we all know that our time on earth is limited – so I suppose it goes without saying that some of the folks made their time meaningful (or were searching for ways to make their mark) while others perished by disease, their own hand or by the dealings (and betrayals) of others. 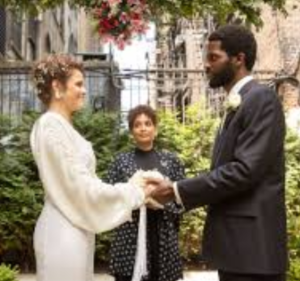 Melissa and Reg get married – and we know that it benefits both. He’s dying and she will be able to carry on with his blessing. It was a nice thing to see and celebrate, considering all the dark and miserable goings-on that have been commonplace on The Deuce. Big Mike has died alone in his cabin. Vincent is reminded that another person who was dear to him, is gone forever. He sets about trying to patch things up and buys his freedom out of the mob, specifically having to pay a large amount of cash to Tommy Longo and in a nice gesture, gets Paul out of the mobs’ clutches, too. Back in 1985, $250,000 is a lot of cash. But Vincent would rather pay than look over his shoulder for the rest of his life. Besides, with all the politicians closing many of the sex-themed parlors, clubs and bathhouses (due to the AIDS/HIV crisis), it’s not like Paul was able to pay his tribute to the mob anymore. AIDS didn’t care what class of person you were; when you contracted it, your days were numbered. And Paul’s base for his gentlemen’s club were all homosexual men. Bobby’s son is arrested for insider trading and Bobby sees his full-time job managing the parlor come to an end when the health department and police force shut down the sex establishments. Guess he’ll just have to work from 9 to 5 as regular people do. 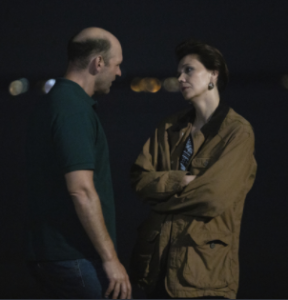 LA to fulfill an obligation to do a final adult film. It’s degrading, humiliating and above all – it hardens Eileen yet sensitizes her to the actors and actresses in her own employ. In a frank conversation with Harvey, her snippets of scenes will end up becoming one of her most famous cinematic pieces – and we see how monumental it is when the finale forwards to 2019.  Eileen is one of the women in The Deuce who fares better than the rest – Lori committed suicide; Shae was trapped in the vicious cycle of drug addiction and abuse; many of the other prostitutes that used to walk the streets of the Deuce. All things considered, Eileen did much better, but she was still susceptible to doubt and self-sabotage.

Abby and Paul part ways and it is bittersweet. Paul is moving on and so is Abby. Paul has thrown himself into AIDS activism and Abby knows it’s time to move on and she makes two important decisions: she gives the Hi-Hat bar to Loretta and decides to go to university, after so many years of being a working woman and small business owner. Times are changing and you can tell that Abby always yearned for more. Paul has to fold his business, considering our resident scumbag, Detective Haddix, and the police, shut down the parlors and sex clubs, on Mayor Koch’s orders – and it’s a joke because you can close down these establishments in one part of town but guess what? Detective Alston tells Gene that they can clean up all they want, and they can attempt to shut down places of ill repute in order to stop widespread panic and try to put a lid on the AIDS/HIV crisis BUT people, perversions and the seedy side of life sprouts up and thrives in other parts of town. A little drive to the Bronx really schools Gene 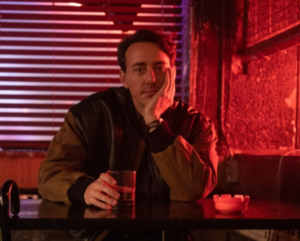 and it’s like he just doesn’t get it. Alston was correct – corruption is halted in one area, only to flourish in another. “A new New York” is the aim of the intense clean up of corruption as told to Paul by Gene. Whatever. Gene was a hypocrite and didn’t learn his lesson – politicians are corrupt, the law is crooked, and people are going to do whatever they want, whenever they want and wherever they want (in terms of drugs, sex and perversions). It’s human nature. The real joke is how Haddix ends up getting a plum job with Gene’s help – at the police academy…. teaching Police Ethics, of all things. Pathetic. You wonder why Alston has become so jaded. It’s because he’s seen an awful lot of shit. One final evening, Paul is having a final drink in his bar and pauses to have a final cigarette. Off he walks into the night and that’s the last glimpse of 1985. 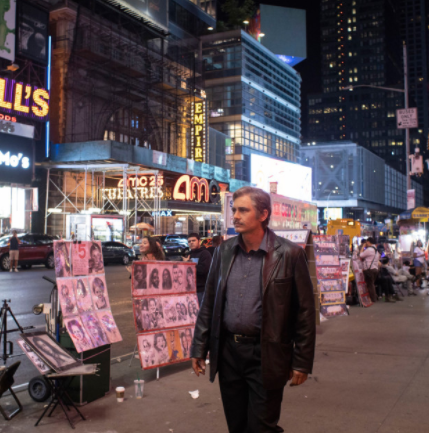 An older man is sitting in a hotel room and decides to go for a drink in the bar. While making small talk with the hotel bartender, we see how aged Vincent Martino has become. He’s back in New York (after moving to Florida) for his nephew’s wedding. He sees an obituary about someone he once knew, and we see it’s for Eileen. And that’s when we see a montage of all the characters that Vincent knew on the Deuce. He walks by to the sounds of Blondie and he walks through Times Square. He begins to see apparitions of people he once knew from The Deuce. From leaving the hotel lobby to the sidewalks and finally to the subway platform, Vincent sees all the originals. Some ghosts he only looks at, with a quick nod to acknowledge their presence and others, he lingers, feeling wistful at seeing them one final time. When he catches up with Frankie, tears are in Vincent’s eyes. This is some trip down memory lane. Bittersweet and desolate, Vincent walks down the stairs with Frankie.

As Rudy’s ghost said, “Nobody retires. You did.” Vincent got out of New York and left his old life behind, but it cost him his brother, his girlfriend, ex-wife and former friends. In New York, we see the colorful billboards and jumbotrons full of ads while throngs of people walk around. New York City is vibrant, full of energy and the promise of something great. One final face is seen, and an attractive woman walks by – it’s Abby – older, dressed sharply and on the phone, conducting business. One can assume that she went on to become a very successful woman in business (maybe in law, maybe in banking or the CEO of her own company). Not everyone at the Deuce was going to have a happy ending and it wouldn’t be realistic. It’s always tough to see a good series come to an end – it’s like saying goodbye to a friend that you will never see again. It’s difficult and hard to accept but all good things come to an end. The Deuce was a surprise sleeper for HBO and I thought it was a well-written take on New York from the 1970s to the mid-80s, with a perfect blend of actors, good scripts and attention to detail that made for some very memorable moments.