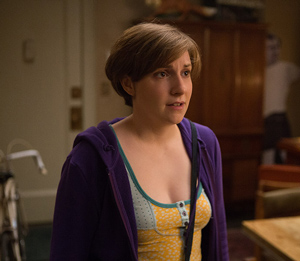 In an article appearing in the April edition of the magazine Glamour, Lena Dunham suggests that she may quit acting.

“I don’t know if I’m going to want to act anymore,” Dunham states, adding “I’m always relieved on the days I don’t have to. I’d rather give parts to other women than be the woman having the parts.”

Since making those comments to Glamour, Dunham has since denied that she’ll actually give up on acting. However, this whole incident reminds me that there have been actors that have quit successful shows on HBO.
The one that comes most immediately to mind is Christopher Abbott, who left Girls after its second season. Abbott, who played Charlie Dattolo, boyfriend to  Allison Williams’ character Marnie, apparently left the show due to creative differences that he had with Dunham. Specifically, Abbott felt that the character he played on Girls just wasn’t relatable to him anymore. “It wasn’t as relatable for me on a personal level,” Abbott stated. “It’s not that I only like to play roles I know to a T, but there’s something satisfying about playing parts where you really relate to the characters.” Abbott will be appearing in A Most Violent Year, the next film from director J.C. Chandor, director of 2013’s All is Lost.
Another actor who famously quit from an active HBO show is Luke Grimes, the menacing Ohio-born actor who played James on True Blood. Unhappy with how his character was being written, Grimes asked to be released from his contract and release was given. The character of James is being recast for True Blood’s seventh, and final, season and Grimes is set to star in the upcoming adaptation of Fifty Shades of Grey.
One final situation I’m reminded of involves David Milch, creator of Deadwood, John From Cincinnati, and Luck, all of which aired on HBO. In May of 2006, HBO announced that, after three seasons, it would not renew the contracts of the actors involved with Deadwood. HBO stressed that the show wasn’t cancelled, but that contracts would need to be renegotiated and that the future of Deadwood was up in the air. HBO later offered Milch the chance to do a fourth season of Deadwood, the only catch being that the season would only be six episodes long. Milch declined, essentially quitting from the highly successful show he created.
(It’s worth noting that in June of 2006, Milch agreed to do two Deadwood films, which would air on HBO and serve to end the series once and for all. Those films, for whatever reason, were never made. But if Milch wouldn’t have walked away from the season four offer HBO made, then the sting of “losing” out on two Deadwood films wouldn’t be so severe.) 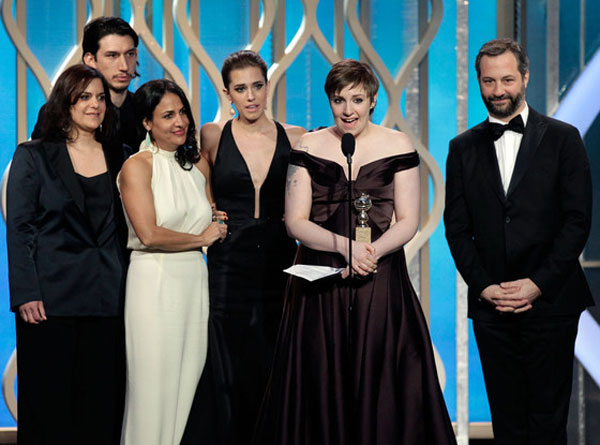 I’m glad that Lena Dunham is planning to continue acting, as I think her performance on Girls is wonderful. I’m sure that many people just blew off her statement about quitting, considering it to be pandering atbest or perhaps contract maneuvering at worst. But there is precedent for actors leaving very successful HBO shows. I’m just glad that, this time, it was a false alarm.