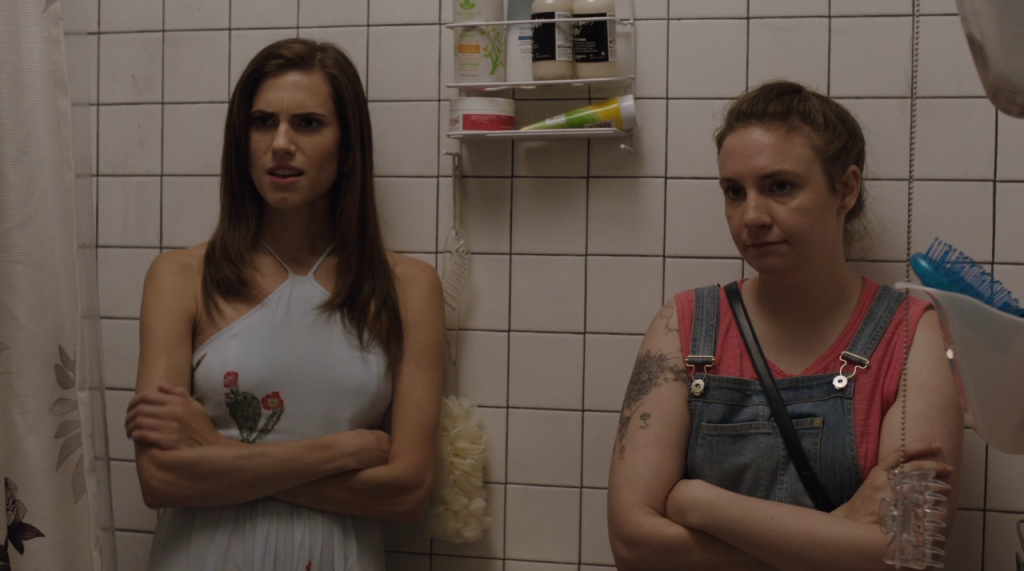 With the series finale of Girls upon us, there has been a major tonal shift in the series as of late, with both beautiful and heartbreaking moments. The penultimate episode of Girls does something the series had not done in quite some time—reuniting the four girls in one room together. This is one of the most emotionally crushing scenes Girls has ever done. It is incredibly raw and brutally honest. As the seasons have progressed, it has been hard to truthfully say that Hannah, Jessa, Marnie, and Shosh are an enviable group of close-knit friends. (In millennial vernacular, they’re not #squadgoals.) We have seen them consistently argue, detach, venture off, and in this particular episode, come to a gut-wrenching realization that they are truly no longer friends, and they have outgrown each other. With Lena Dunham’s confirmation that neither Jessa nor Shosh will be in the final episode, those of us that have been following Girls for all six seasons are left with a very bittersweet ending. Girls has ultimately told a story about human connection in a way that transcends friendship. We have seen each character evolve and become their own person, finding their true self and taking their own route at the expense of their friendship. Things will never be the way the used to be again, but we saw all four girls grow through their relationships with each other for six years, and there is a beauty to that. 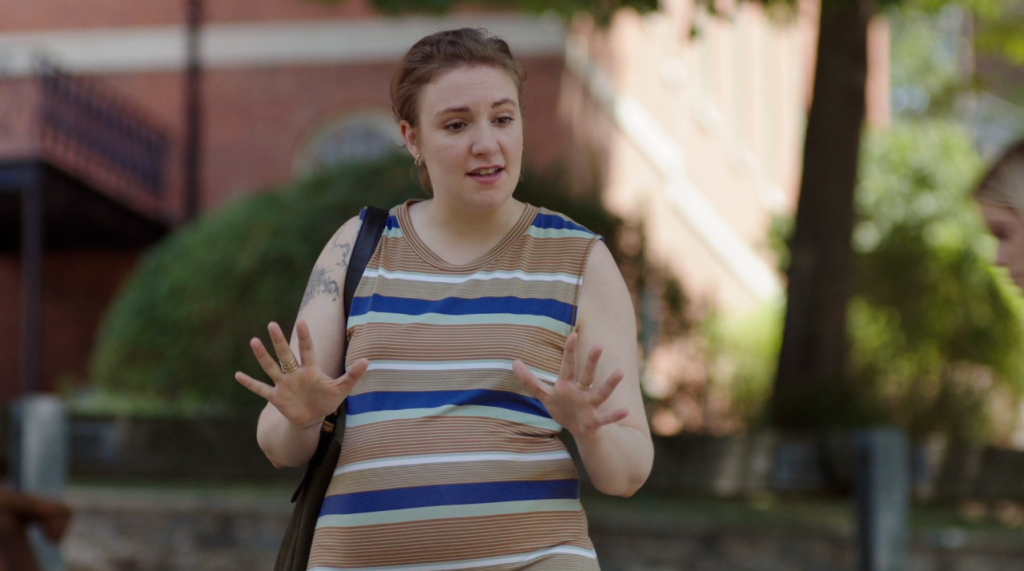 “Goodbye Tour” begins brightly with Hannah walking down a university for an interview. (WITH PATTI LEVIN! Fans of The Leftovers had to appreciate seeing her on HBO again as much as I did.) It is insinuated this is several months into the future, as Hannah seems to be showing more. In an ironic scene, she interrupts a group of students to make a declarative statement about their friendship, telling them “not to sleep on this friendship, because lust fades but friendship never does—if you nurture it.” This is a very telling quote given the grim nature of this episode’s end. Hannah didn’t exactly nurture her friendships with Jessa, Shosh, and Marnie very well, and we’ve seen how that turned out. The same can be said for the other three girls’ dynamics with each other.

The episode’s focus on friendship is also portrayed wonderfully by Elijah, who insists that Hannah leaving is the worst decision she could make. Seeing Hannah and Elijah together is probably the most comforting part of “Goodbye Tour,” considering the two share a genuine friendship that has become a rare commodity in the series. It’s also pleasant seeing Hannah reunite with her father (and his new partner) in the episode, discussing her decision to move away to raise her baby. Hannah it truly learning to move on and act like a rational adult. Remember the first episode of the series? She would never have taken her father’s advice seriously, proclaiming she may be the voice of her generation. Saying Hannah has come a long way is an understatement.

In continuity with the show’s thematic focus on friendship, I found the scene with Hannah shopping at the “Enchantments” shop to be profoundly poignant. Hearing other girls call each other their best friends hurt her because she knows she’s lost her connection with her friends and is permanently doing so by leaving New York. It is both reminiscent and tragic, much like Hannah’s expression as she silently exits the store. 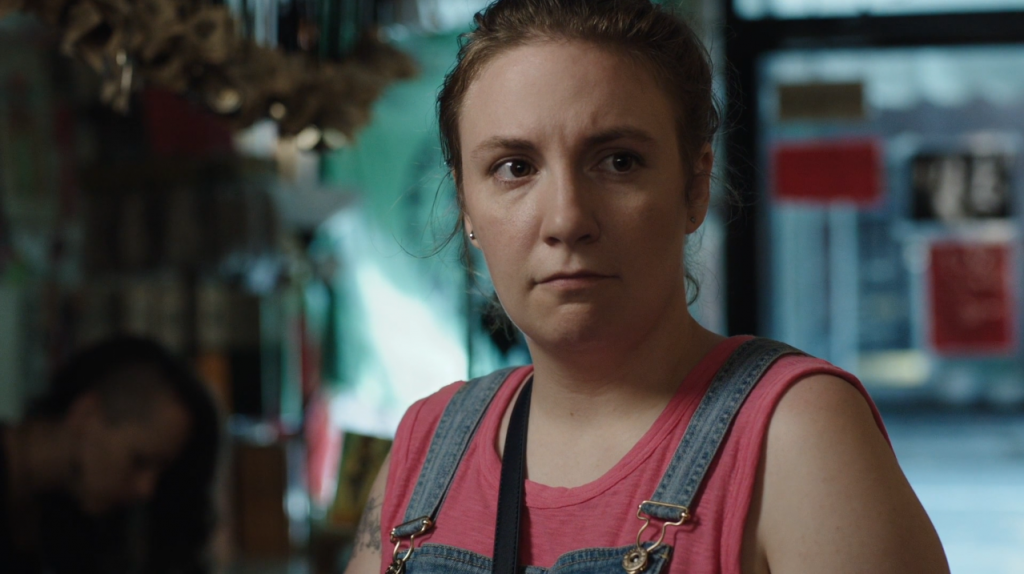 At long last, comes the catastrophe, and undoubtedly what the writers of Girls had been building up to – Shosh’s engagement party. This is the point in which Girls completely blindsides us and puts our four characters together one last time, which happens to be in Shosh’s bathroom. It is the final confrontation between the four and it is cold and bitter, particularly when hearing Shosh say, “We cannot hang out together anymore because we cannot be in the same room without one of us making it completely and entirely about ourselves.” She goes on to describe their dynamic as exhausting and narcissistic, eventually telling them, “We should all agree to call it.” The sad truth is, as Marnie states herself, “Shosh is right.” It has been a long time since there was a sense of genuine friendship between the four. In many instances, it seems more like they tolerated each other and the toxicity of their relationship together rather than dealing with the deterioration that was occurring. This is, however, a sad reality many 20-something, myself included, have to deal with as we grow older. Friendships fade and you lose people in your life. Girls captures this immaculately, and while it may not be the most delightful thought, it is a stark reality. At the expense of an entirely happy ending, Girls tells a life truth in a stunningly bold manner. 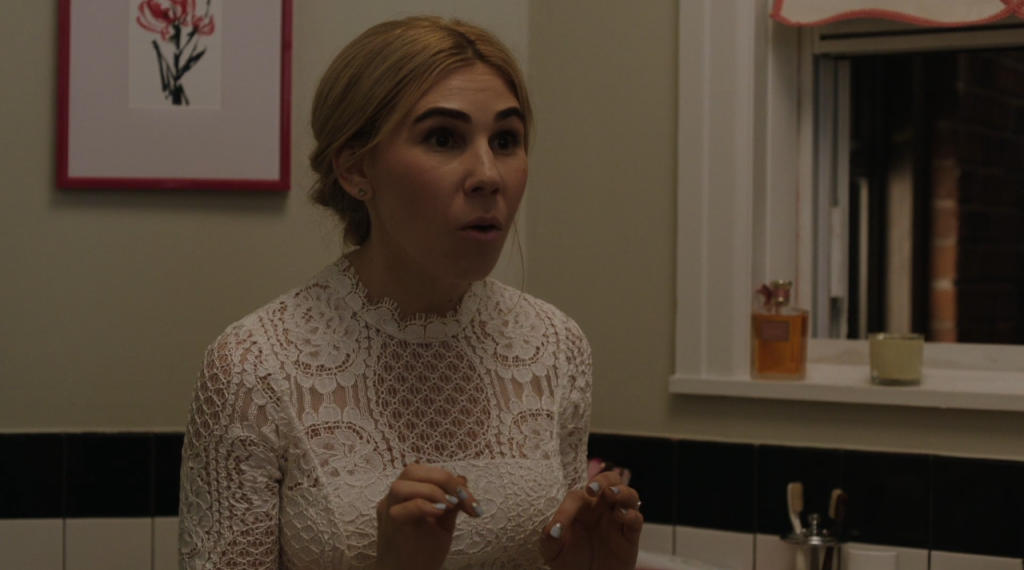 As previously stated, Lena Dunham has confirmed that Jessa and Shosh will not appear in the finale, meaning we likely get to see Hannah make amends with Marnie. Marnie tends to be a powerhouse when it comes to emotional scenes in Girls, so seeing her closure with Hannah in the series finale is something I’m emotionally preparing myself for. Hannah and Jessa’s scene together at the episode’s end is absolutely beautiful and I cannot be the only one it had in tears. Seeing Shosh so detached from Hannah is painful, but she has made her decision, and it must be accepted for what it is. Girls is definitely ending on a much different note than I anticipated, but its profoundness cannot be argued.

Here’s a look inside “Goodbye Tour,” followed by a preview of the series finale, “Latching.”