Over the last five years, we have been invited into the world of Hannah Horvath, Marnie Michaels, Jessa Johansson and Shoshanna Shapiro. The alliterated foursome have gone through enough drama to last a lifetime and the time spent in their company has been mostly a constant delight but with dashes of frustration thrown in for good measure. As with any friendship, you spend the majority of the time loving each other but occasionally you drive each other crazy. We, the viewers have been allowed to be the fifth friend for five years now and have had the unique opportunity to be involved in every one of their lives. The season finale now, of its sixth season, has provided a subdued but fitting end to the time we have been allowed to spend with these girls and we are left feeling comforted that each one is in their rightful place. 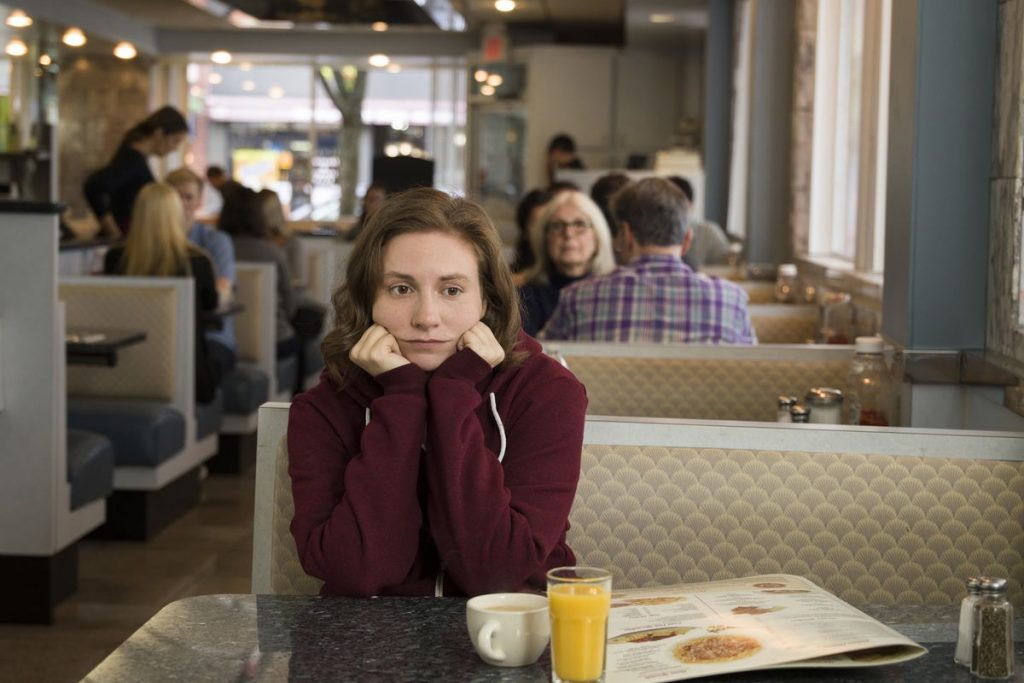 While “Latching” didn’t feel like much of a goodbye in comparison to the aptly named “Goodbye Tour” episode the previous week, we were given an epilogue to Hannah’s story. Her life has existed in New York (apart from a brief spell in Iowa) and her friends, romances, mistakes and triumphs have all been within the walls of New York City. It seemed only right to leave all of that behind with Jessa and Shoshanna and take a collective few breaths alone with our main character, to give her the fitting farewell that she deserves. The tone of the previous episode left you feeling much elation for the future of Jessa, Shoshanna and Marnie as they danced and partied with each other at Shosh’s engagement party, while Hannah lovingly looked on. This was her saying goodbye to them and thusly, us saying goodbye to them as our journey through this series has been with Hannah. We then go with Hannah to the countryside where Marnie turns up and promises to take care of Hannah and her new baby fulfilling the promise Adam had made and failed to do. We then whizz forwards five months and spend the episode in isolation from the New York homes we have come to know and love and into this family-sized home where Hannah and Marnie struggle to raise a baby together. With the addition of Loreen when things get tough, the women come together to expose the harsh reality Hannah is now facing as a single mother. It is a reality that seemed to be so beautifully glossed over in the previous episode. The exact opposite to Adam’s fantasy, basically. The decision to make the finale a goodbye for us and Hannah was powerful in that it made us want to go back, like Hannah probably does, to Elijah and Adam and Jessa and Ray and everyone in New York that represents her old life. But, this is her new life, complete with her separation from her friends. This is the thing that has been building over the last few seasons. Hannah is removing herself from her friendship group, which after the group discussion in the bathroom in the previous episode, has been a natural transition for all of them. They just needed one of them to have enough balls to actually do it. Hannah doesn’t have balls, but she does have an excuse. 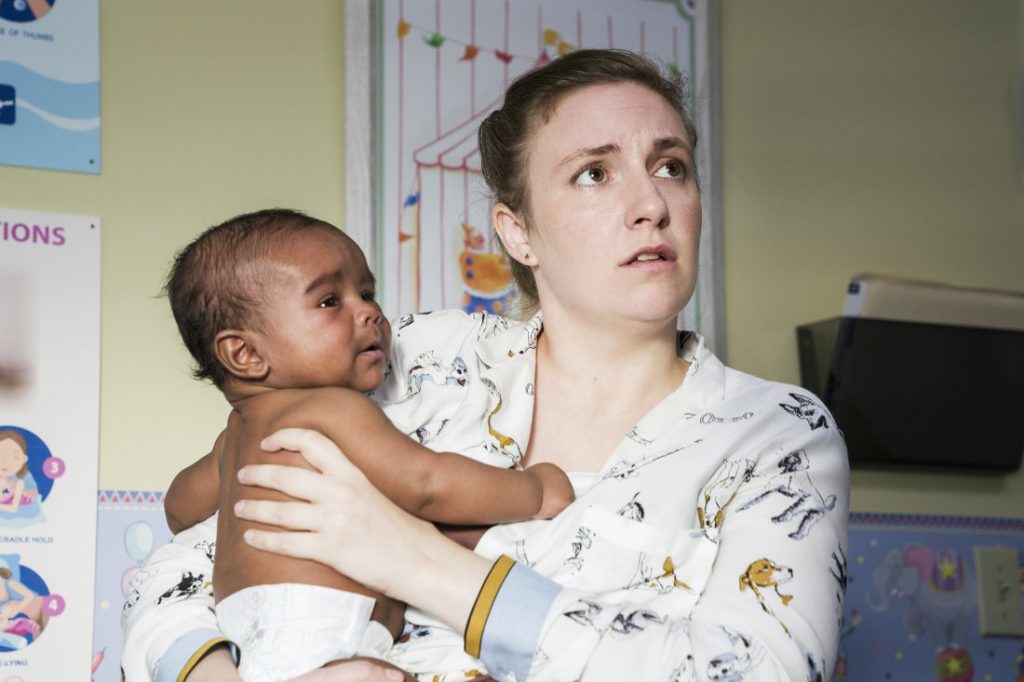 The finale didn’t quite give us the payoff we were expecting. We needed something emotional, something that said ‘goodbye’ something that allowed us to feel okay that they were all going to be okay. I am pleased, however, that it didn’t go down those lines but instead has left us just hoping that they are all okay. The final scene where Grover finally latches onto Hannah and allows her to breastfeed him was a positive step forward for her. Hannah spends the majority of the episode lashing out at her mom, yelling at Marnie, throwing tantrums and storming off, shouting about how much her vagina has changed and then scolding a spoiled teenager. This was classic Hannah behavior and no matter how at peace she was in the previous episode, becoming a mother has not changed her and in fact, has reverted her to her old ways. It wasn’t until she saw a situation through the eyes of motherhood that she returned home to Marnie and Loreen and attended to Grover when he started crying. In this moment, alone in his room, in the quiet of the night that Grover latched. There was no uplifting music, no real dialogue. Just Hannah, our Hannah, alone with her baby. 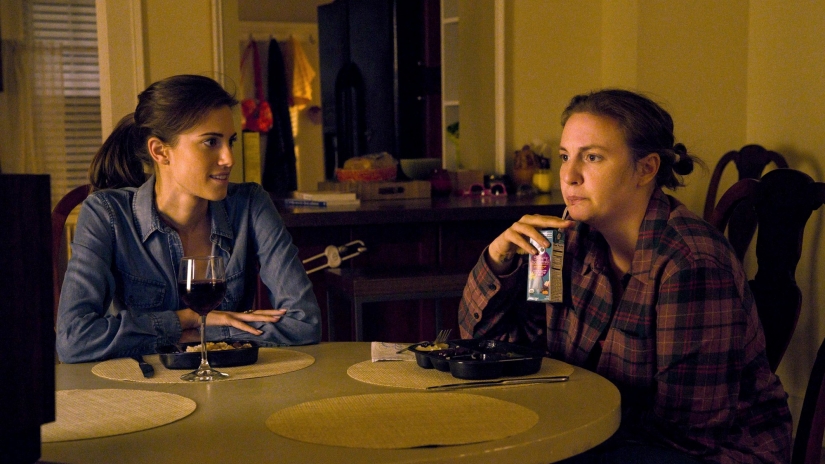 The critical response to this episode has been quite mixed, some saying that Hannah didn’t get the send-off that she deserved. I completely disagree. Hannah has been living in her own little world for the last five years and its about time she got a reality check. She has been an increasingly frustrating character and it is refreshing to see that she has realized that everything isn’t about her. Marnie ventured beyond her own self-obsession, although I don’t believe her offer was entirely selfless, by making the decision to be there for Hannah. She doesn’t have anything else going on so why not? Sure, there are some unanswered questions and it could be that we never find out what the rest of the gang are up to. We can only assume that they are just doing the same old normal stuff that we have seen them do for the last five years. Hannah isn’t part of that life now, she has chosen to distance herself and this journey into motherhood has only just begun. From a special moment where she felt a true bond between herself and her child, she has turned over to the next chapter of her life. Up until then, she was New York Hannah. Selfish Hannah. Spoiled Hannah. Now she is Mom. College Professor. Woman. 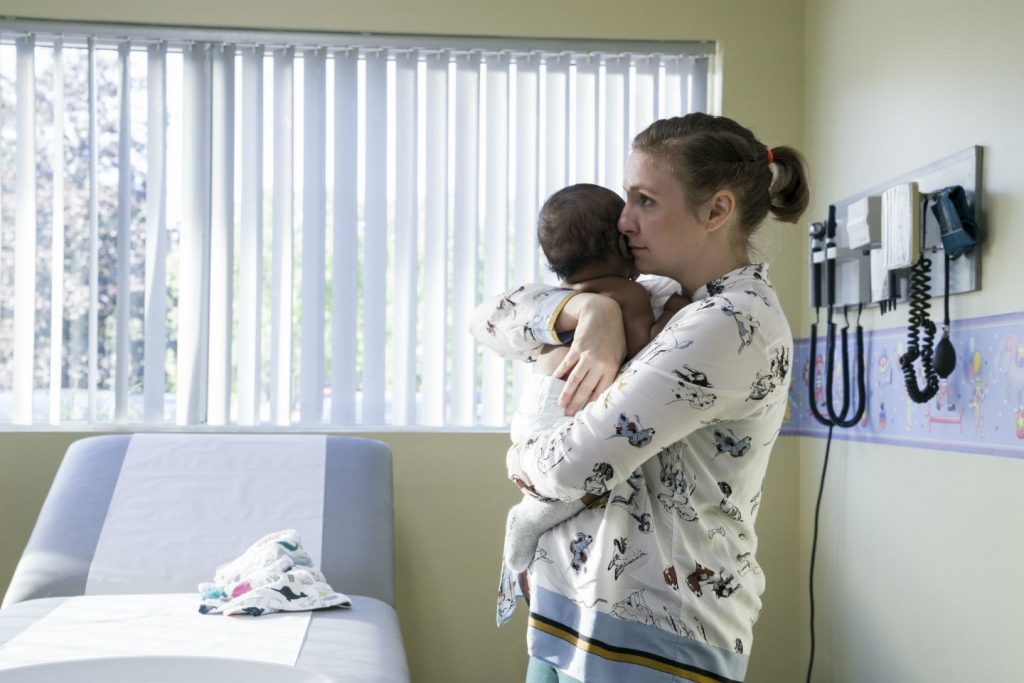 Hannah needed the whole episode. We have been there with her from her first STI, through her awkward relationship with Adam, from job after job, every questionable sexual encounter, through times when her wavering mental health overloaded her, from her first New York Times article and to the night her child was conceived. We have seen it all, we are the privileged friends that bore witness to the most tumultuous years of her life. From now on, we can see her knee deep in nappies, teaching Grover to ride a bike, taking him for his first day of school, meeting his first girlfriend. Hannah on the other hand, who knows what she might be getting up to. I’m sure there are a few eligible bachelors in town, she can excel in her new career, maybe she will get married and have another baby? All we have ever wanted is for her to be happy. This decision is stuck with her for the rest of her life, so let’s hope she doesn’t fuck it up this time.

Cheers to that! Farewell ladies, it’s been an absolute blast.

What’re your thoughts on how it all ended? Feel free to comment below.