Well, I didn’t see that coming!

If you haven’t seen episode 4 of Girls yet, please don’t read on – major spoiler ahead! 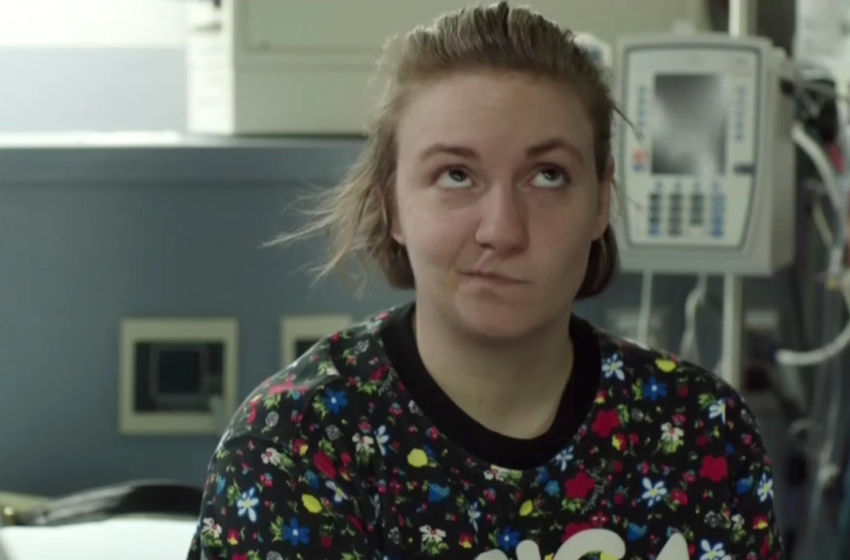 I’m not a huge fan of this season of Girls so far, I think it has lost its edge, the thing that made it so unique from all the other drama’s out there. It was this generation’s Sex and the City but without all the unrealistic life expectations, however, it has mutated over the last few seasons into Lena Dunham’s vanity project and that rawness was replaced with self-indulgent, nonsensical episodes of friends hating friends. That hasn’t 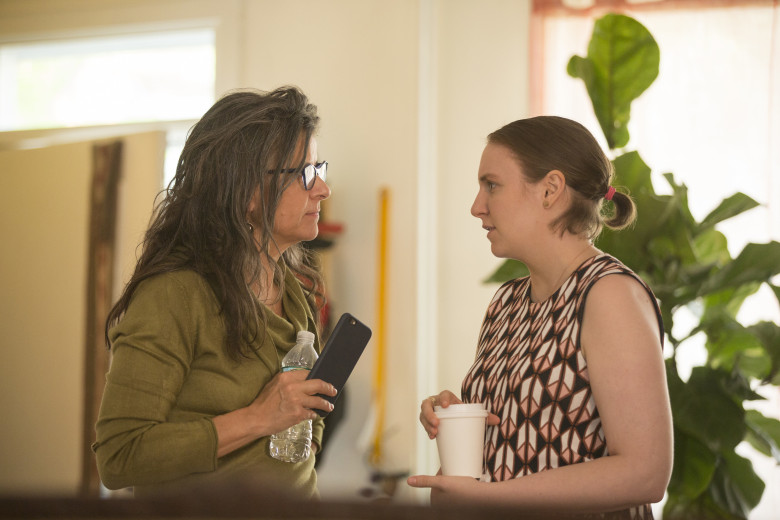 really changed in this season, however, we are seeing some progression with the characters for the first time in a long time and I am enjoying the introduction of new characters as the subjects of Hannah’s articles. This week we had the pleasure of Tracey Ullman in the pre-credit scene talking with Hannah about what it’s like to be a female writer. It’s a stark contrast to Chuck Palmer last week who indulged Hannah’s self-obsession and manipulated her without her even realizing it.

Even though the crux of this episode was the big reveal *here comes a spoiler* that Hannah is pregnant from her drunken weekend with Jean-Louis the surf instructor, the episode seemed to have a bigger focus on other characters, all except Shosh that is. I didn’t think it was possible to ever feel negatively towards Jessa and Adam, especially since their relationship makes so much sense, but they are way too into themselves it’s become irritating. So much so, they are making a movie of the tryst between them and Hannah, something Hannah monetised off herself with an article she had published. However, this seems darker, more twisted. It seems like they are so focused on ridding their own guilt and that by getting other people to play the parts becomes a cathartic act rather than a professional step forward. The notion that ‘you can do anything you want to if you just believe in yourself’ is all well and good in a Disney film, but we all know that the reality of life is in fact far less romantic. I thought they were better than that, is what I’m saying. 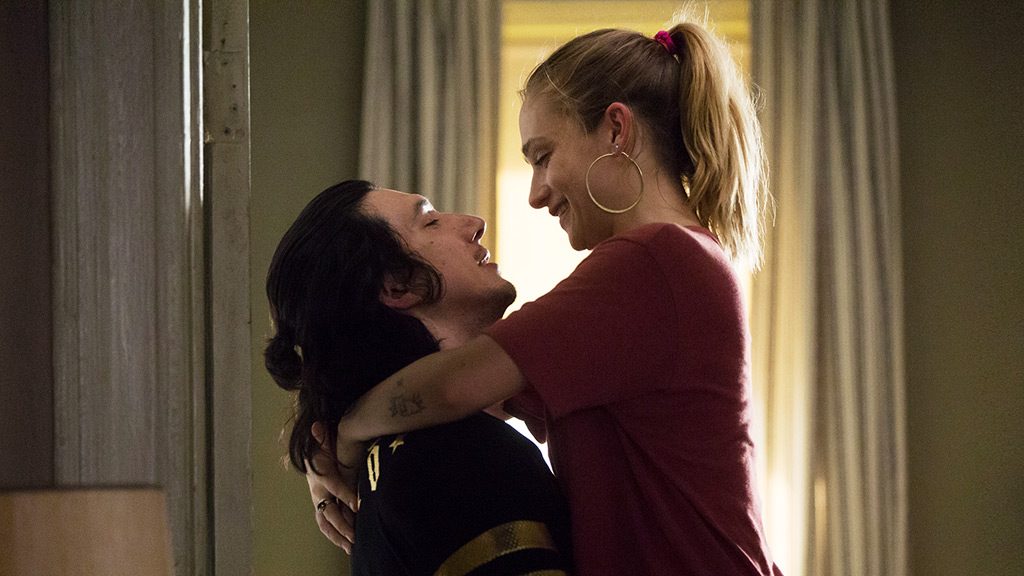 Meanwhile, Desi and Marnie are having therapy and can we just have a moment here and take a bow for their mediator, who has said to Marnie what we have been screaming at her since day one. Thank you, Sir. In case you don’t recall, he tells her that her narcissism is getting in the way of Desi’s recovery after she turns his addiction around so it’s all about her. Something she has been doing her whole life, no doubt. She is doing it to Ray, who is coming to see that she only sees him as a way to satisfy her own sexual desire and that anything deeper than that is totally falsified on her end. Even when she tells 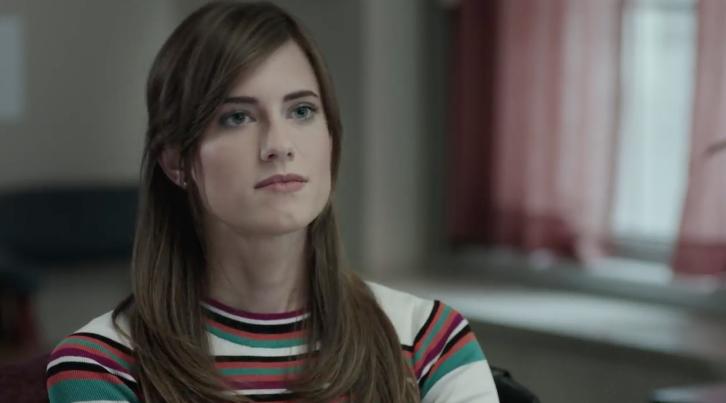 him she wants them to lie down in the lion’s mouth and die together, he responds the way any sane man would, with a confused agreeance. Her empty delivery makes it seem like it’s something she read on a matchbox or a beermat or in a horrible motivational poster shared by your Aunt on Facebook. It’s not real, people don’t say stuff like that. Ray knows it, she knows it and we know it. Sorry, Marnie, you are just not that deep.

Okay, let’s go back to Hannah and her newfound state of ‘expectant mother’. She contracts a UTI, something that is not exactly uncommon and when in the E.R, the Doctor attending her is none other than Patrick Wilson. This makes so much sense as the previous episode and the first episode of the season were both very reminiscent of the Patrick Wilson episode. Let me refresh your memories, Hannah was unloading trash from Grumpy’s into another man’s garbage cans. When she went over to apologize, Patrick Wilson was there and he invited her in and she stayed in his house with him for the weekend. They seemed to have a deep connection, something they were both longing for, they had sex, played ping-pong, he cooked her breakfast, she sat outside and read the paper. It was a snapshot of a perfect relationship that she was able to experience for a single weekend. Her time in Montauk with Paul-Louis had echoes of this, as did her time in Chuck Palmer’s apartment. That idea that she is confined to a single space, with a single person. Anyway, so Patrick Wilson is the one to deliver the blow and after instantly assuming she will get an abortion, she leaves seemingly with the intention of keeping the baby. This in itself could make for a very interesting dynamic for the rest of the season, especially as her relationships with Jessa, Shosh and Marnie are non-existent now. I’m just hoping this means Riz Ahmed will be back. Please? 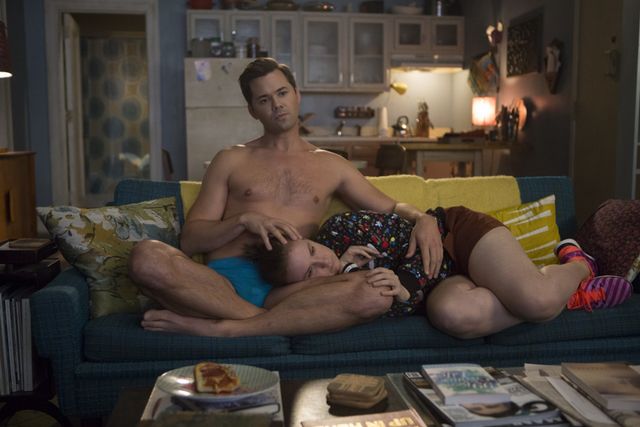 In an episode about new beginnings and new life it was interesting to have such a heavy dose of death, what with Bobby, a patron of Ray’s café, dropping dead in the street and now Hermy dying in his apartment it seems strange that the theme of death is focusing itself around Ray. The last few seasons have lacked any kind of progression for the characters outside of their personal lives, and it seems too focused on romances at times. Maybe this might wake Ray up a bit and maybe it promotes a new beginning for him as well. Interested to see where it leads.

This was a bit of a crazy episode and it’s interesting that the subject of pregnancy is coming up now, especially considering Lena Dunham’s political standpoint in regards to Planned Parenthood and the movements to ban abortion throughout America. Not coincidental I’m sure. The girls themselves are becoming loathsome, unlikeable characters. The kind of girls you wouldn’t be friends with and aren’t really friends with anyone. Girls who don’t like other girls. This show used to make me feel – like really feel. I would cry during episodes, not only because it was helping me and showed me things that I could relate to so strongly, but because the humor was often so sharp and so quick it would make me laugh. I can’t remember the last time Girls made me laugh. It certainly hasn’t been anytime soon. I watch it now like I watch a soap opera. To follow the characters and see what they are getting up to. There is absolutely no relatability anymore.

Hannah and Ray have both been given pretty huge storyline changes, both facing an element of uncertainty and dramatic change in their lives so I’m hoping a heavy dose of reality will follow suit.

Check out the trailer for episode 5!