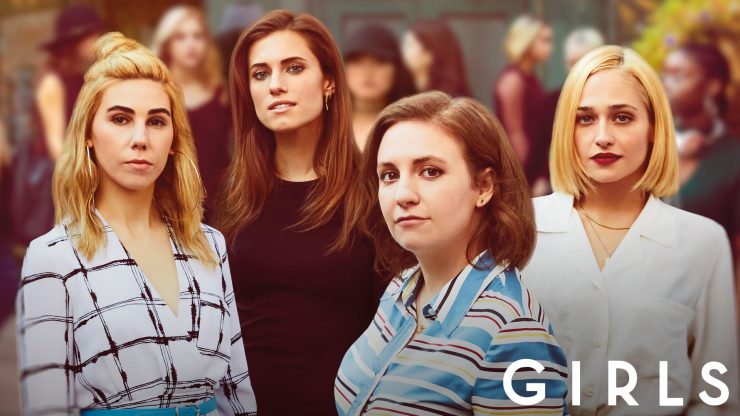 Season Six of Girls is finally here and the first episode takes off from where Season Five leaves off. “Takes off” is a strong phrase for how the episode actually went. It was more like a slow Sunday drive down some unremarkable road, except with more swearing and the occasional mention of reproductive organs and awkward sex. Let’s recap first:

Now, “All I Ever Wanted” opens up with Hannah typing up a printed version monolog she presented at the end of the Season Five finale. Out of sheer curiosity, I read it and I’m confused to how not only it got published, but how it landed her a writing assignment that she will spend the rest of the episode, attempting to do. It was the monolog we heard before, with the humor stripped from it and none of Lena Dunham’s delivery. What remained was a tale of how her best friend stole her boyfriend – I could have sworn that he was an ex-boyfriend at the time so “stole” is a bit of a stretch – and she did nothing. She could have thrown a bike through his window or warn her of his oral herpes. She could have deleted their numbers from her phone. Instead, she did nothing. I’m hoping this is not foreshadowing of what will happen this season because despite what I will say about this episode, I enjoy this show.

We see the reactions of Hannah’s family and friends to her work, including Marnie on the toilet… for some reason, before we hear Hannah go on about herself to an editor of a magazine. The look on that editor’s face sums it up. Hannah is Hannah’s biggest fan regardless of the editor’s “I already love your writing” line. 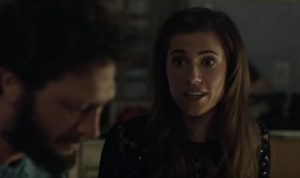 The episode immediately takes us to a scene where the most important person in the world complains about Ray’s relationship with Shoshanna to Hannah’s biggest fan. As the series has progressed, these two characters have developed into the two most self-involved people in the show. This scene would have been agonizing if it wasn’t for Elijah’s comic relief. Unfortunately, we don’t learn yet how he’s doing after having his heart broken last season as the primary focus of the episode is on Marnie and Hannah.

Hannah’s vacation seems to borrow quite a bit from the Woman’s Retreat that she goes to in a previous episode: she’s a fish-out-water that is determined not to do anything, gains the attention of the mentor character, and then engages in uncomfortable sex. Hannah fakes an injury (poorly), eats, and then drinks. Generally, she does nothing for a while, but luckily, Paul-Louis, the surfing instructor, played by Riz Ahmed of THE NIGHT OF, finds this attractive and makes small talk with her. They end up drinking, partying, and then sleep together. 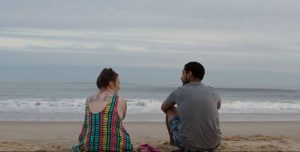 Shoshanna was in the episode for no more than 90 seconds, whose sole purpose was to bring out the irritating side to Ray. I guess that’s the manic energy that Marnie was referring to.

Hannah and the Paul-Louis take the day off from surfing to take in the beach. The show really wants to sell the romance between the city-dwelling writer and the adventurous surfer. They even talk about their lives. Hannah even mentions how everyone in her life is so negative and she doesn’t even know her friends really. It was probably the pot talking when they were having a heart-to-heart on the beach, but wasn’t she sent on this trip as a middle finger to the rich women? Wasn’t she there to show how stupid they were and how they were ruining surfing like they ruined yoga?

It wasn’t a great start to the final season of Girls, but it has to pick up from here. It still had the nudity and some of the most unsexy sex that you would expect from Girls. It just wouldn’t feel like the same show without seeing Hannah bear some part of her body. We saw both her and Jessa bare it all. One thing I can’t figure out is the title of this episode: All I Ever Wanted. Is this a reference to Hannah finally getting recognition for her writing, but finding the work she gets is not something she enjoys? Maybe some further insight from Inside the Episode will help:

Next week, we’re due to see what happened after the kiss between Marnie and her ex-husband and judging from the preview, more of the characters we only briefly saw this episode.