In the wake of the finale of HBO’s transcendent girl drama series Girls, I have been taking some time for reflection, to think back on the last six seasons. In the last five years, the popularity of seasons has been tumultuous, with season 1 and 2 being some of the best television I have ever watched and season 3, 4 and 5 progressively worsening with a triumphant return to form for the finale. Our girls have fought with each other, failed at work, romance and life, shared some truly delightful moments and some pretty heartbreaking ones too. Representative of how most of us make our way through our twenties, Girls has been the constant, comforting reminder that we are not alone. That the 23 years olds driving Ferraris with Gucci handbags and a 5 bedroom semi-detached town house are the exceptionally lucky and the rest of us are sitting around in our pants eating cereal with a fork – and that’s okay! As Hannah says, we are all just trying to do our best. Girls has given us some absolute television gold. Episodes such as ‘One Man’s Trash’ aka ‘ 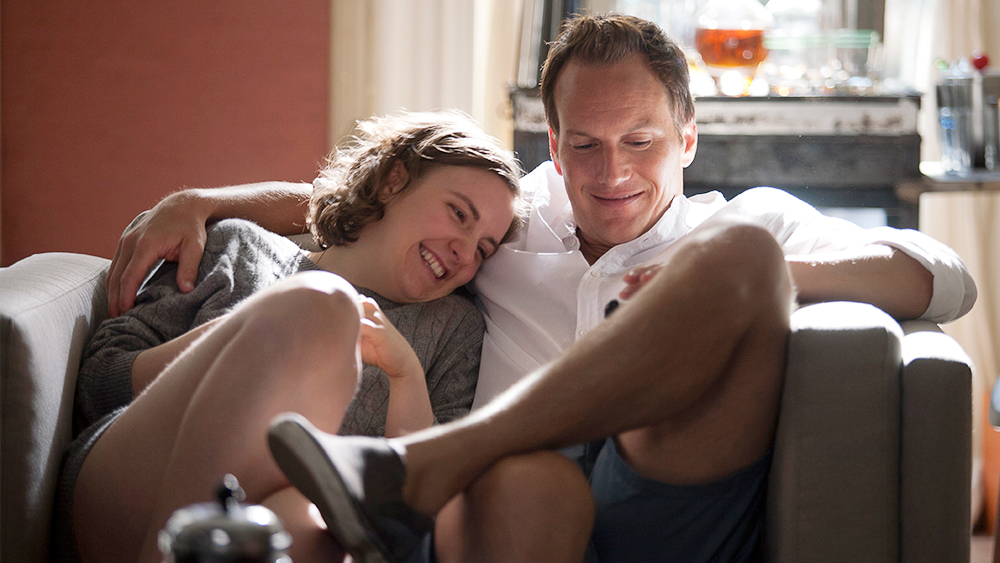 The Patrick Wilson Episode’ in season two where we saw Hannah get inexplicably, intensely involved with a handsome Doctor in his lavish home for a single weekend where they constantly made love, played naked table tennis and read newspapers in the sun. Or the episode ‘Hello Kitty’ in season five where Hannah finally discovered that Jessa and Adam were sleeping together at Adams play which re-enacted the murder of Kitty Genoese. My absolute favorite episode in all six seasons was also in season five, where Charlie comes back. In ‘Panic in Central Park’, Marnie bumps into Charlie on the street and the two of them share a night together where they attend a fancy party, swim in the lake at Central Park and sleep together, only, Marnie wakes to discover Charlie is a drug addict. These episodes, along with so many others are the reason why I have been so infatuated with the show, it can go from being narcissistic garbage to the most relatable thing on TV at the flick of a switch.

Here are my top ten moments from Girls: 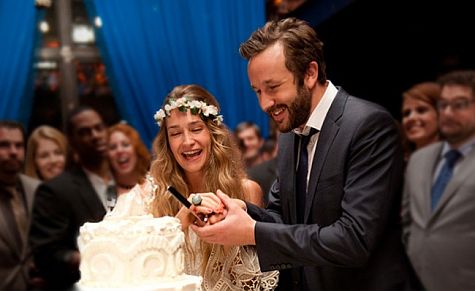 I think all British viewers of Girls were a bit taken aback by this as up until now, Chris O’Dowd was one of the stars of a small British comedy series called The IT Crowd where he played an Irish, scruffy, nerdy IT guy. His character Thomas-John, who had an American accent was a venture capitalist and lived in a luxury apartment in New York. Can you see why we were so surprised now? His relationship with Jessa was short and they got married after only knowing each other for two weeks, which is so Jessa but not so Thomas-John. Hence the ‘short’ part of their relationship. Oh, and their wedding was a ‘surprise’. 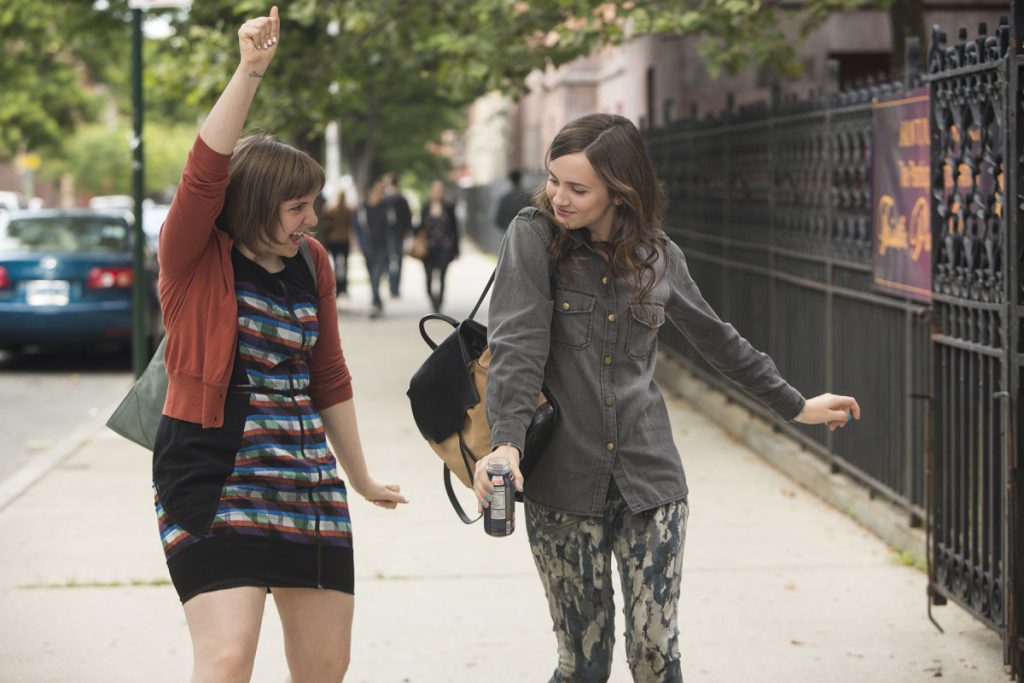 A little Apatow graced us with her presence in an inappropriate scene between Hannah and one of her students. Hannah is a substitute teacher at this point and she has been developing interesting friendships with her students and getting into trouble for her unconventional teaching methods. One such friendship is with the outgoing Cleo, played brilliantly by Maude Apatow, where the two of them make a pact to both get their frenulum’s pierced (this is the little bit of flesh that joins the bottom of your tongue to the bottom of your mouth). Cleo goes first and after a painful and teary few seconds, Hannah decides to back out. Leaving poor Cleo with tear-soaked cheeks and a very painful mouth. Not cool, but super funny. 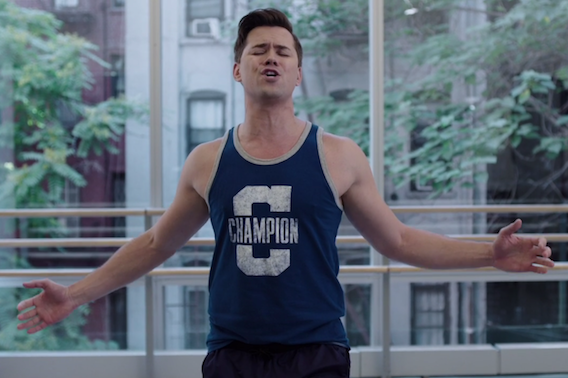 In our most recent season, Elijah auditions for a role in the Broadway musical adaptation of ‘White Men Can’t Jump’. After his ex-boyfriend Gil turns up at his apartment and sends his mindset into disarray, he almost walks out on his audition. However, fellow auditionee Athena convinces him otherwise and he gives a jaw-dropping rendition of ‘Let Me Be Your Star’ followed by flailing around in a room of basketballs. Not only did this episode showcase the talents of Andrew Rannells and begin to propel Elijah into potential stardom, it outlined the cut-throat world the world of Broadway musical auditions. 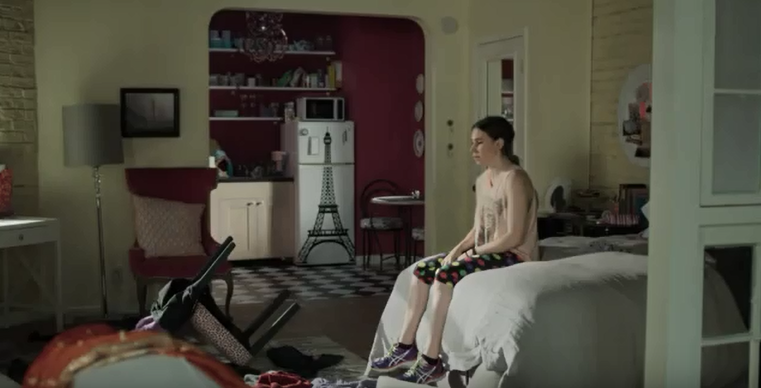 Short but sweet this one. Shosh finds out that Marnie has been sleeping with Ray (who is Shosh’s ex-boyfriend at this point in time) pins her down on the bed and screams ‘I HATE YOU’ into her face. I think we’ve ALL wanted to do that to Marnie at some point over the last six seasons, so hats off to you Shosh. 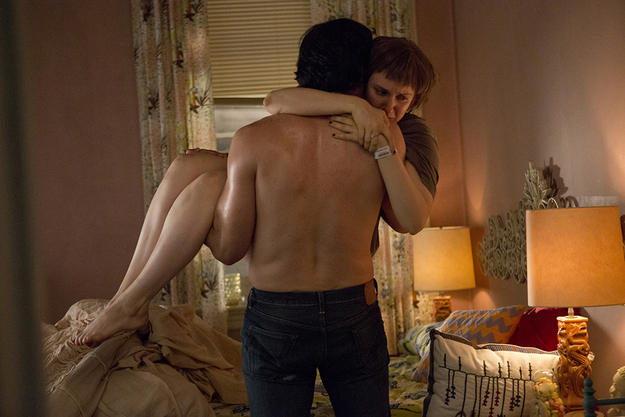 The final episode of season two highlighted Hannah’s struggles with mental health disorders, most specifically obsessive compulsive disorder and anxiety. She is fast approaching her book deadline and the pressure is getting to her so much that she descends into a very sad place where she bursts her ear drum with a q-tip and cuts off all her hair. Adam, who has recently broken up with the very vanilla Natalia, comes to her rescue and runs down the street to her house and swoops her up in his arms. I hate to gush, but it was a very tender moment.

5. Jessa crying in the bath 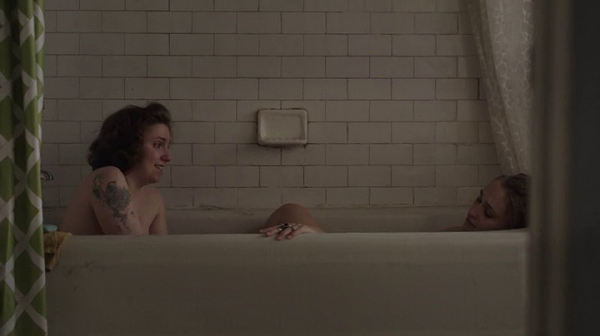 Another short one. After meeting Thomas-Johns parents, Jessa and he engage in a very explosive argument which results in them splitting up. Jessa goes to Hannah’s apartment where Hannah is taking a bath. Jessa slowly and silently undresses and gets in the bath with Hannah where she cries. It doesn’t sound like much but the moment of realness from Jessa was overwhelming, that everything has hit her all at once and she is in her most vulnerable state. It was a moment that solidified the strength and power of her friendship with Hannah. Something that would seriously deteriorate, along with her mental health, in the coming seasons. 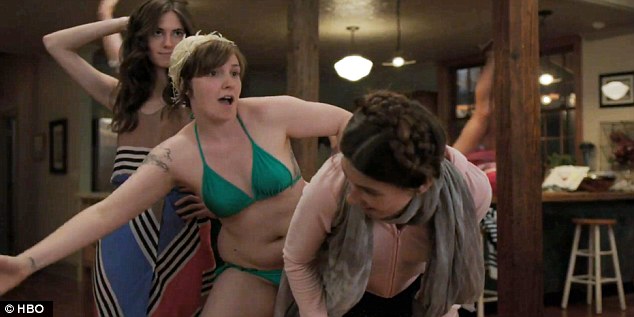 During a conceited effort to bring all of her friends together, Marnie invites the girls to a beach house for the weekend. While wondering the town, they bump into Elijah and his friends who Hannah invites to spend the weekend as well, much to Marnie’s annoyance. During their weekend, they learn a dance routine which was so well choreographed it was too good to not put into this list. Plus, when they are waiting to go home, the girls do it again, together.

Season 1, episode 7: “Welcome to Bushwick a.k.a The Crackcident” 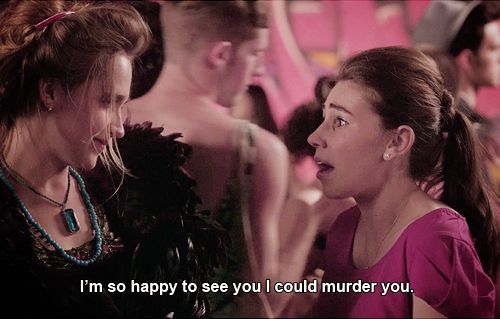 The girls all go to a bit party in a warehouse where Shoshanna accidentally smokes crack cocaine. This sends her on a crazy journey for the rest of the night and she is discovered by Ray, in her pants on the street and he decides to look after her. Which involves a hilarious chase through the streets of Brooklyn and thus begins their relationship.

2. Hannah saying goodbye to her friends 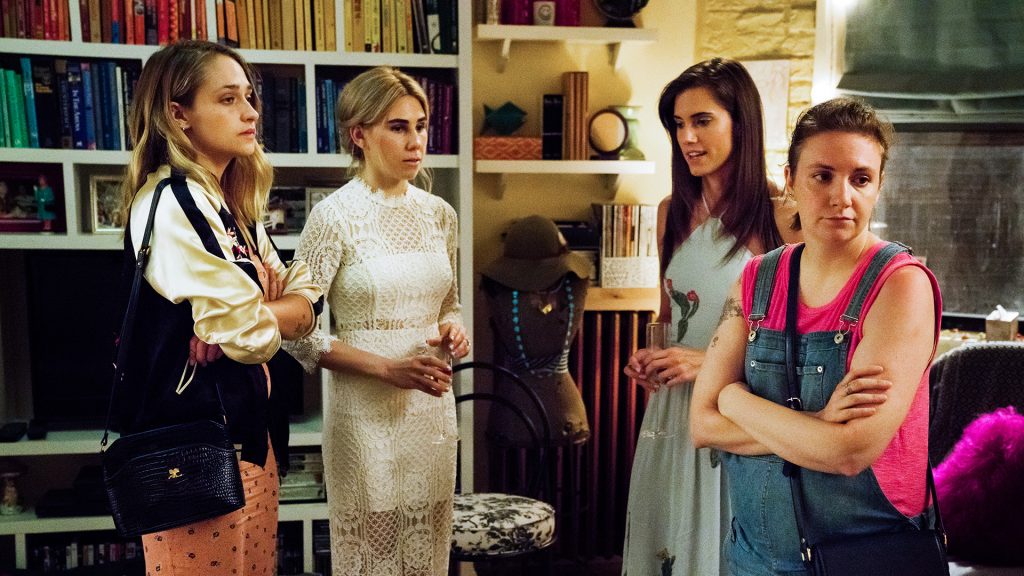 In the penultimate episode, Hannah takes the time to visit all of her friends before she leaves the city to start her new life with her baby. In the final moments of the episode, we see Hannah lovingly watching the girls dancing at Shoshanna’s engagement party. Through the window, we are given a final look at the life she is leaving behind before she starts her next chapter. It was a really fitting and tasteful way to part ways with Shoshanna and Jessa.

1. Dancing on my own

Season 1, episode 3: “All Adventurous Women Do”

In one of the very first few episodes of Girls, Hannah gets diagnosed with HPV. A sexually transmitted infection. Hannah initially begins to panic and feel ashamed by her new infliction, but Shoshanna tells her that Jessa also got it from sleeping with someone she knew had it because it’s something that all adventurous women do. Marnie has a really hard time getting noticed at work and falls for a new artist, Booth Jonathan. While pondering her HPV diagnosis on Twitter, she simply tweets ‘All adventurous women do’, accepting what has happened. She then plays Robyn’s ‘Dancing on my Own’ and Marnie comes home, seeing her best friend dancing crazily and joins her. It is just such a beautiful moment.

So, what are your favorite moments from Girls?