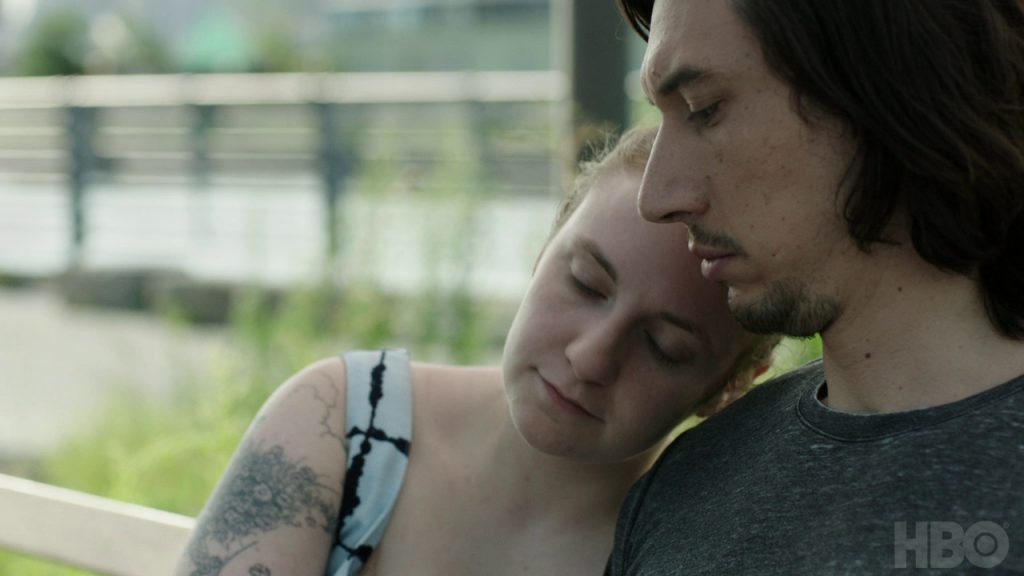 Things are going a hundred miles an hour for Hannah at the moment and as her body undergoes significant changes, so does everything else in her life. This week’s episode focuses largely on a reconciliation between Hannah and Adam, something that felt like it would happen after the episode ‘Full Disclosure’ where we watched scenes from Adam’s movie documenting his and Hannah’s more intimate and private moments. I have a few concerns regarding this reconciliation and the circumstances under which it happened, while I would like to think it is the real deal, there is an annoying itch in the back of my mind which makes me think it isn’t. Adam and Hannah have always been fickle and I’m just not convinced by Adam’s epiphany.

The situation was thus, Adam told Jessa that he wanted to help Hannah raise her baby. Her reaction was numb, and she told him he had to do what he had to do. There wasn’t an explicit line signifying that the two of them were breaking up or anything or that he was going to get back together with Hannah. To me, that was the first red flag. Adam finds Hannah elbow deep in freeze pops in her local grocery store where he tells her they have a lot of history, that he can’t move on from her, that he misses her and he wants to help her raise her baby. The next moment we see them having calm, out-of-character sex.  that’s the second red flag. Adam said nothing about them getting back together and Hannah, being super vulnerable after Paul-Louis was so clear about wanting nothing to do with the baby is extremely susceptible to any support going, especially support from Adam. Third red flag. 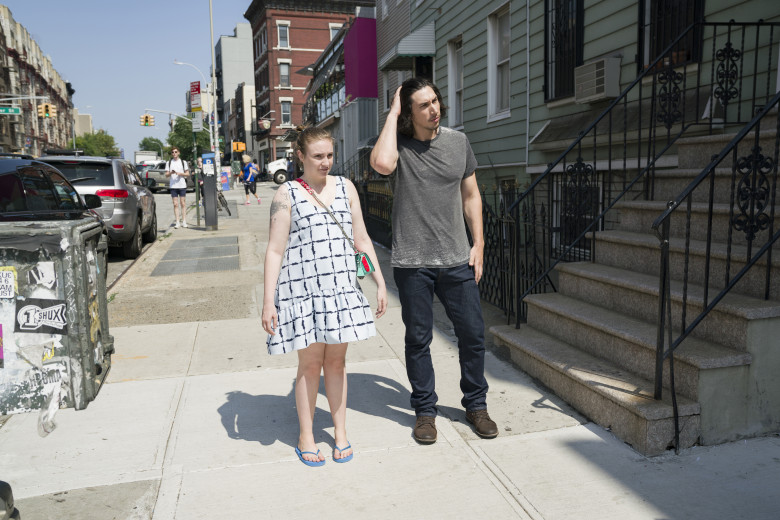 Hannah and Adam haven’t been together since season four, their relationship up until then had been tumultuous where they broke up and got back together multiple times, however feelings lingered on. We saw this at Marnie and Desi’s wedding and when Adam was dating Mimi-Rose, there has always been an uncertainty. These two can never be friends, their feelings run so deep and their connection is so strong, yet anytime they have embarked on a relationship together it has failed. When Adam started dating Jessa it made so much sense, they are both such broken people and they seemed to work together, so it’s a bit of a shock that Adam has done a total 180 and is back with Hannah. Are they even back together? Throughout the season so far we haven’t seen much between Adam and Jessa that has been anything other than superficial, their fight at the end of season five was the last time I witnessed a real and true connection between them. The fantasy land they lived in where they walked around naked and ate yogurt together was short lived. Making the movie was a way for Jessa to convince herself that Hannah was a bad friend and a bad person so she would no longer feel bad about being with Adam, but for Adam it was a much more cathartic experience, working through their relationship, perhaps looking for reasons they didn’t work. On their reconciliation, he said that deep down he always knew and it wasn’t until he found out that she was pregnant that he became aware of how certain he was about them being together again, making the fourth red flag.

The final kicker for me was the scene in the diner at the end. Hannah and Adam have spent the day talking about the baby, making plans for the baby and their own futures and now they are sitting at a diner discussing their next steps. They share a deeply emotional moment, Hannah attempts to stifle her crying and as her gaze remains fixed to Adam’s they both cry. It felt like Hannah was realizing that this wasn’t real, that Adam will leave again and this security that she is feeling for him was an expiration date and she will be on her own again soon. But she has been so alone up until now that she is clinging on to him and the hope that he is giving her that the two of them can reignite their relationship and live out a picture perfect life. She can live in Adam and Jessa’s fantasy land for a little while. Maybe it is the cynic in me. Maybe they are looking at each other with true, deep love that they are together for real this time and Adam so surreptitiously threw a marriage proposal into their conversation that it might have just been that they made her cry. I don’t know, it feels off and it feels like it won’t last. One of them always screws it up and doesn’t really care about the repercussions on each other or the people around them. It has all happened so fast that it feels like it can come unraveled just as quickly. What do you think? 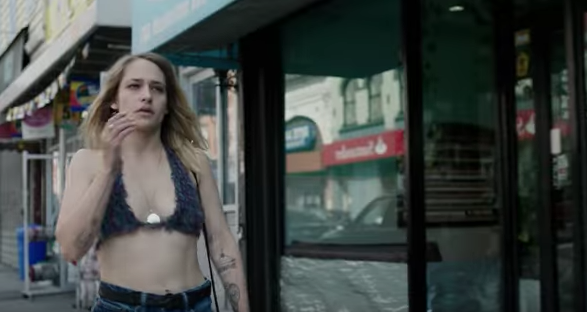 Lena Dunham posted an emotional message on Instagram about this week’s episode, her focus being on Jessa and her scene in the bar bathroom. She wrote: “There is so much I could say about last night’s episode- the gut-wrenching sadness of being Hannah with Adam for the last time and how much he’s taught me about vulnerability, authenticity and the power of silence. I could talk about how every time Laird is on set I laugh til I weep and how that insane knit hat actually belonged to Jon’s now-deceased father and is our loving ode to Papa Glaser. But I’m going to focus on Jemima and her fearless performance. That scene in the bar bathroom with the amazing Neal Huff…is one of the rawest and most tragic things we’ve ever shot. Jem held nothing back, just like she’s held nothing back since we met in the girl’s room in 1997. I’ll miss being able to force her into mohair bikini tops. I’ll miss it all.” 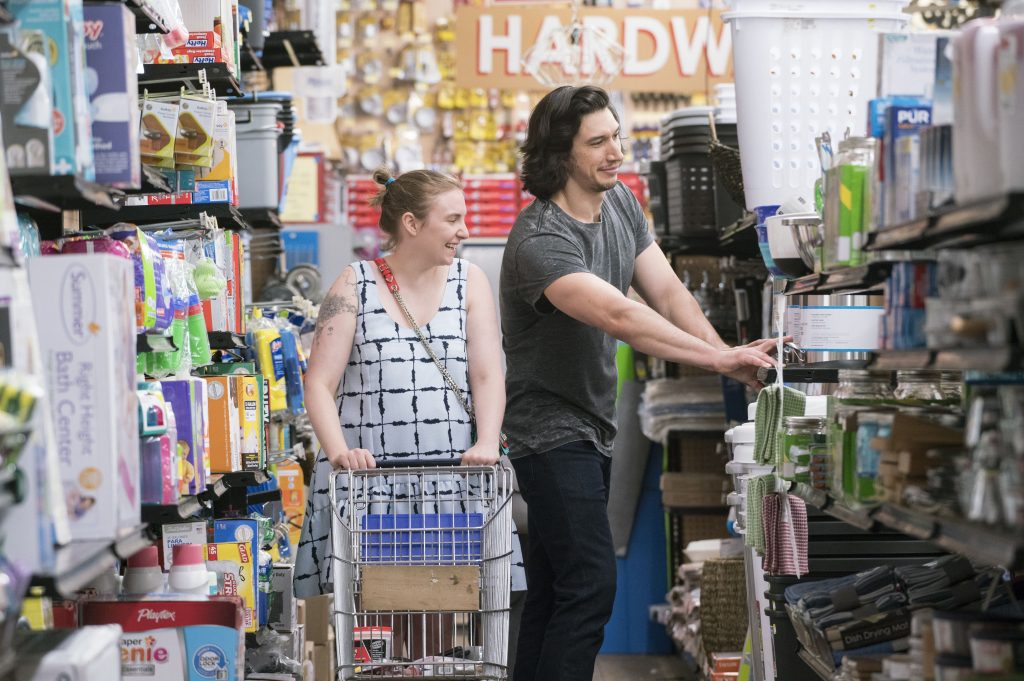 Jessa, utterly heartbroken and unsure about her future with Adam goes into self-destruct as normal, she doesn’t drink or do drugs, she does the other thing. She attempts to sleep with a random man in the bathroom of a bar in the middle of the afternoon. The man complies but she can’t go through with it. The scene is raw and real, something that Girls has always been so brilliant at showing us. Her unpolished, unkempt appearance in a mohair bikini top and extra short shorts demonstrates her vulnerability perfectly. She is coming apart and she is looking for something to make herself feel better. When Adam forgets his keys and calls her to let him in, her face lights up thinking that he is returning to her but the news that awaits is going to rip her to pieces. I don’t want to say ‘she had it coming’ because it takes two to tango. Adam hasn’t felt any heartbreak in any of this but its so difficult to hate him, especially as his vomit-swallowing story made me laugh out loud for the first time in about 4 seasons.

Something isn’t right. Next week’s episode looks as if all the girls are coming together for a group meeting in some toilets. This probably won’t end very well but Marnie has her controlling face on and to be fair, it is about time we saw them all in the same room again.