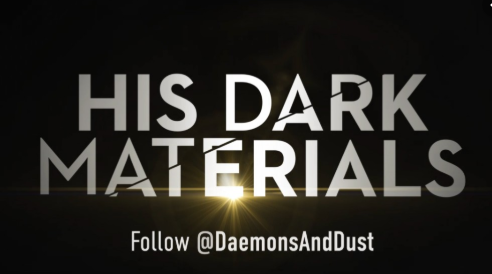 It is set up to be an exciting fall this year. We’ve got WATCHMEN coming October 20 and now we have word, via an official press release that HIS DARK MATERIALS is set to premiere on November 4, 2019.

HIS DARK MATERIALS premieres MONDAY, NOV. 4 (9:00-10:00 p.m. ET/PT), exclusively on HBO.
Adapting Philip Pullman’s award-winning trilogy of the same name, which is considered a modern masterpiece of imaginative fiction, the series follows Lyra (Dafne Keen), a seemingly ordinary but brave young woman from another world. Her search for a kidnapped friend uncovers a sinister plot involving stolen children and becomes a quest to understand a mysterious phenomenon called Dust.

Other series regulars include: Ruth Wilson (Golden Globe winner for “The Affair”) as Mrs. Coulter, Lin-Manuel Miranda (Tony Award winner for “Hamilton”) as Lee Scoresby, James McAvoy (Golden Globe nominee for “Atonement”) as Lord Asriel, Clarke Peters (HBO’s “The Wire” and “Treme”) as The Master of Jordan College, James Cosmo as Farder Coram and Anne-Marie Duff as Ma Costa, with Will Keen as Father MacPhail and Ariyon Bakare as Lord Boreal. 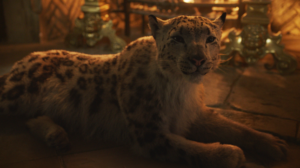 I know, not much to go on there that we haven’t read before so allow us to embellish with some casting news regarding the upcoming series. Post-production must be wrapping up with some voices added to the mix. If you are not familiar with the work in the world inhabited here an extension of each person’s soul is embodied in an animal known as a Daemon. The critter can fluctuate to different forms for children but once they become adults the form fixes on one form only. There is verbal communication between a person and their daemon so a voice cast is required to grant speech to the companion.

We will leave the exact pairings a surprise to viewers but note that McAvoy, Wilson, Miranda and all the cast have these animal companions with them and some of them are just as bold and mysterious as the person they are bonded with. Peaky Blinders’ Helen McCrory will voice Stelmaria, a snow leopard 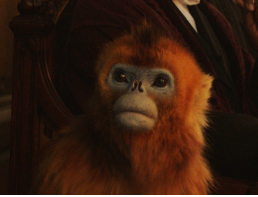 Not all the critters are daemons. You can’t forget seeing the polar bear in the Comic-Con trailer and the only soul he has is his own. He is Iorek Byrnison voiced by Joe Tandberg (The Innocents). This bruin and the daemons are an important and interesting element to the HIS DARK MATERIALS story and ways quite unique. They and their human companions make it to HBO Monday night beginning November 4. Are you going to take in their journey along with is?