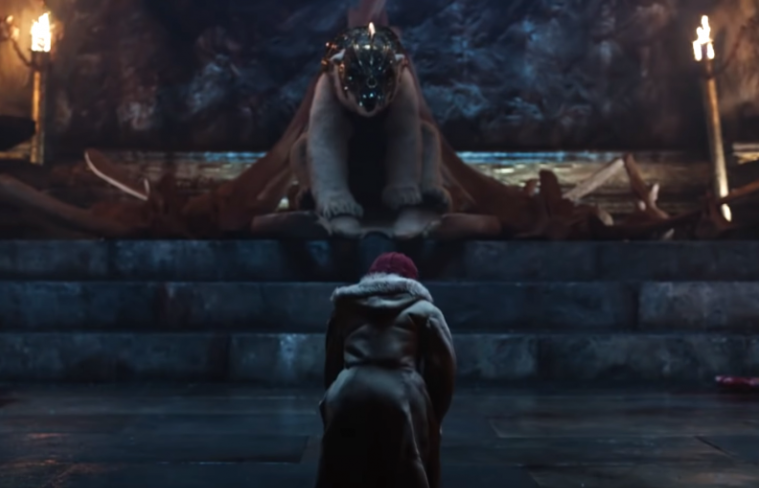 Having just rescued the children at Bolvangar, a triumphant Lyra finds her fortunes suddenly overturned. After surviving the fall from Lee Scoresby’s balloon, she is separated from her friends and protectors. She is soon found and captured by the bears of Svalbard, and held prisoner in their crypts. She hatches a plan to influence usurper King Iofur to challenge the ousted Iorek to the titular fight to the death. The winner takes the throne of Svalbard. From Lyra’s perspective, it is safer to poise her beloved Iorek against one bear than against an army.

Meanwhile, in our Earth, Will’s mom Elaine is visited by Boreal, who tries to get one over on her by preying on what he perceives as weakness in her mind. To his surprise, Elaine stands fast in her refusal to give up her husband’s letters. She is not as easy to manipulate as Boreal expected. Elaine then tries to convince Will that her fears are true, and not specters in her mind.

Once again, the series shifts its focus from the human drama to the majestic bears. Unfortunately, as I mentioned in my review of Episode 4, the problems of talking bears are not as engaging as the human tale at the center of this world. This is painfully apparent in this episode, wherein the contrast between Lyra’s story and Will’s serves to emphasize how compelling the latter story is, while the former feels hollow. This is particularly disappointing in light of last week’s story, which was one of the strongest of the season. When Lyra was trapped in a camp, and trying to liberate children who were headed for mutilation and death, THAT was a narrative to care about. Despite my disinterest in bear politics, this episode did serve to highlight an aspect of Lyra’s personality: her ability to hone in on the weaknesses of others and exploit them to her benefit. 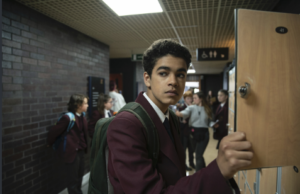 One of the more controversial decisions taken by the creators of the series was to introduce Will (Amir Wilson, pictured) in season 1. In the books, he doesn’t appear until Book 2, The Subtle Knife. Though this works for the books, I do think that it enhances the series to show us Will’s story earlier. Will is a crucial character, and his personality and circumstances are quite distinct from Lyra’s. It’s refreshing to take a break from one story to look in on the other. In this episode, Will’s story was the best part. I am particularly impressed with his mother Elaine (wonderfully played by Nina Sosanya). Though Boreal tries to scare her, to intimidate her, and to make her doubt her own mind, Elaine holds her ground and trusts her instincts. It is heartbreaking to see her desperately struggling to assert herself. Her vulnerability makes Will the caretaker, despite his young age. Will’s faith in his mother and the way he cares for her makes him one of my favorite characters.

As the episode draws to its conclusion, Lord Asriel (James McAvoy) finally makes his return. Lyra, Roger and Iorek travel to the house where Asriel is being held prisoner, and they are shocked by his reception. Initially, he seems upset to see Lyra, and he demands that she leave. When he sees Roger, however, his manner changes, and he welcomes the children into the house. The reason for his change of heart will be revealed in next week’s finale, and I can’t wait to see the fraught reunion between father and daughter, a pair that were uneasy with each other even in the best of times.