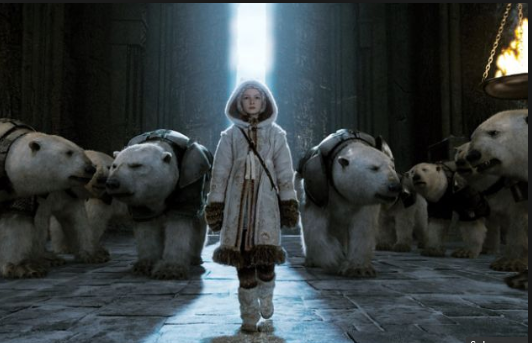 We filled you in pretty much way back in October of ‘18 regarding known particulars about this upcoming series and not much has surfaced since then except for some trailers.

Author Philip Pullman’s beloved trilogy, Northern Lights known as The Golden Compass in the U. S., The Subtle Knife and The Amber Spyglass, has been given 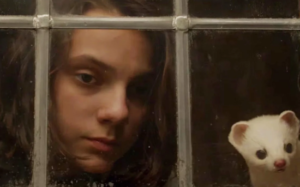 a two-season order from the BBC, with HBO picking up the worldwide rights. The first season follows Lyra (Dafne Keen), a seemingly ordinary but brave young woman from another world. Lyra’s search for a kidnapped friend uncovers a sinister plot involving stolen children and becomes a quest to understand a mysterious phenomenon called Dust. As she journeys through the worlds, including our own, Lyra meets a determined and courageous boy called Will. Together they encounter extraordinary beings and dangerous secrets, with the fate of both the living — and the dead — in their hands.

Keen (best known for her role in Logan) will be joined by James McAvoy as Lyra’s Uncle Asriel; Ruth Wilson as socialite Mrs. Coulter; and Lin-Manuel Miranda as adventurer Lee Scoresby, to lead a large ensemble cast including Anne-Marie Duff, Clarke Peters, Will Keen, Ian Gelder, Georgina Campbell, James Cosmo and more. Each season will be eight episodes long. All eyes are on the upcoming premiere season yet this Fall.

We had a bit of a Teaser for a while now. Here it is.

That short 1:03 clip packed a punch as Lyra sets up for a big adventure centered around the search for missing children. This writer has read Pullman’s source material so I know what goes down and all the action & intrigue contained therein. Without giving anything away for those unfamiliar the evil party here snatches children away for a very specific reason which involves that dual-blade guillotine glimpsed in the clip. A number of parties help in the mission and one big aid or enemy (can’t give anything away) are burly, gruff polar bears in armor instead of fire-bellowing dragons. We are after all on Earth or an alternative version of such. 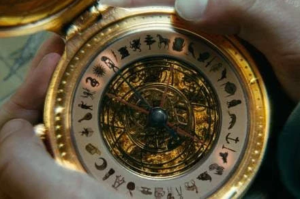 The crux of the story, as played out through Lyra’s mission, is about resistance to authority and organized beliefs which can be meted out by the smallest & youngest just as well as anybody. In fact, one strong criticism of the novels as always been that it attacks religion and specifically Christianity. Jane Tranter, an executive producer on the HBO series, stated at a very recent San Diego ComicCon(SDCC) panel that that concern won’t taint the current project. She stated, “There’s many conversations about the religious…It’s better to have a conversation that’s on the table, rather than a lot of assumptions. Philip Pullman isn’t attacking belief or faith or the church per se, he’s attacking a particular form of control where there’s a deliberate attempt to withhold information and keep people in the dark and not allow ideas to be free. It’s not personified by an autocratic government or church, it’s personified by the Magistarium (in the books and series), it’s not personified by any church in our world.” I guess she is just dispelling the notion so that viewers don’t waste everyone’s time & energy on the issue.

Also presented at that SDCC panel was the release of the official full-length trailer.

The Magistarium is the organized authority behind atrocities and McAvoy’s character (Lord Asriel) seeks those who will stand behind him to cease their terror. Obviously, young Lyra overhears and takes up the cause. The adventure includes airships, canal boats, wise mentors and a colossal beast named Iorek, oh, and mysterious devices (or is that dark materials?) along the way. Also, if you noticed, a lot of animals running around too. They are called ‘daemons’ and each human has one and they form a unique bond with their animal companion. This menagerie of characters plays a key role in the whole adventure and are not to be dismissed is just cute characters. They also help create a rich world that might not be as awesome and exotic as Westeros but still a fascinating world to explore. 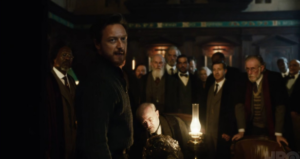 At a very recent Television Critics Association event (TCA) key series writer Jack Throne said HIS DARK MATERIALS, with all its richness, was hard to write. “We wrote papers to ourselves about all the different ideas in the show. We wanted to do a Ph.D. in Phillip Pullman and we tried to do a Ph.D. in His Dark Materials. I wrote 46 drafts of episode one in order to find a way to tell this story as elegantly as possible. [Pullman’s] denseness is a blessing and a curse; it’s so exciting. Sometimes when you’re doing an adaptation of something there’s a moment when you know everything there is to know. With Phillip you never can. It’s a very challenging show to write but also glorious to write.”

It was also important to them to film the two seasons back to back. Tranter explains, “I think of it more as 16 episodes rather than two seasons because the end of the first novel is continuous with the second, and 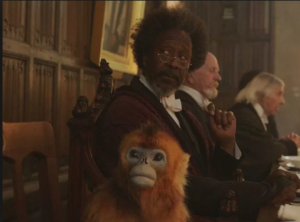 whilst you would have more of a gap — and God knows there’s whole teams in Cardiff that [want more of a gap] — as we move from one season to another we have children in the show and they grow up really quickly. They don’t look the same 12 months later and Lyra is the same age, so we had to find a way to turn the piece around quite quickly in order for that story to be told. There was a great thing in the book about a girl going through puberty and we wanted to be able to pace that out appropriately. That’s why HBO and the BBC went with us for 16 episodes.”

Just like for the creators there is a lot for the viewer to learn and explore as this series comes to life. In that way, it is a lot like GAME OF THRONES. It is a new world with new rules, new societies, new adventure and HBO is about to have us explore it all. For now, HBO says it is coming this Fall, but it is safe to say it will come then in October or November. Are you willing to take on another dark fantasy? Are you going to delve into HIS DARK MATERIALS? 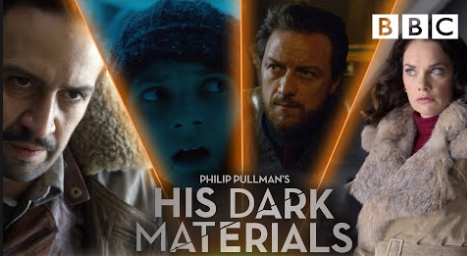