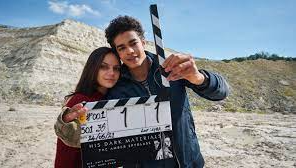 A number of shows at HBO are finally before cameras after a major lockdown and we can now add HIS DARK MATERIALS to that list. HBO and BBC One have been jointly crafting noted author Phillip Pullman’s fantasy favorite over two seasons now and are embarking on the third and final season in 2021. The eight-episode final season is based on “The Amber Spyglass,” the final novel in the award-winning trilogy.

Production will take place at Wolf Studios Wales stages and on location throughout Wales and England. Season three will see Will (Amir Wilson), the bearer of The Subtle Knife, and Lyra (Dafne Keen), the prophesied child, travel through multiple worlds to find and protect each other. Also involved in the continued story will be Ruth Wilson as Mrs. Coulter, Simone Kirby as Mary Malone, Will Keen as Father President McPhail, Jade Anouka as “Ruta Skadi,” Ruta Gedminstas as Serafina Pekkala and James McAvoy as Lord Asriel. The newly added cast includes Adewale Akinnuoye-Agbaje (HBO’s OZ) as Commander Ogunwe; Jamie Ward (Tyrant) as Father Gomez; Kobna Holdbrook-Smith (Zack Snyder’s Justice League), Simon Harrison (No Man’s Land) and Chipo Chung (Into the Badlands) are the rebel angels Balthamos, Baruch and Xaphania and Amber Fitzgerald-Woolfe as Ama. 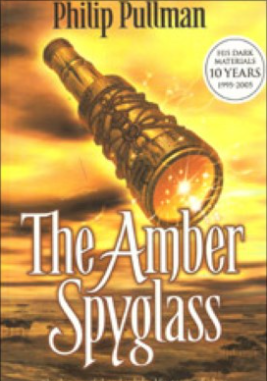 Francesca Orsi, Executive Vice President, HBO Programming: “It has been a joy watching audiences embrace this incredible journey of self-discovery, friendship and purpose with Lyra over the past two seasons. Jane, Dan and everyone on the Bad Wolf team have done such a tremendous job bringing Philip’s beloved world to life, and I cannot wait for the fans to get a front-row seat to all that is in store in this gripping and poignant final chapter.”

Jane Tranter, Bad Wolf Founder and Executive Producer: “‘The Amber Spyglass’ is the most gloriously complex of Philip Pullman’s novels to adapt for TV but with our world-class creative team in Cardiff, no challenge is too daunting. This season is both an epic adventure and a story about love and truth. Jack, Francesca and Amelia’s scripts capture the brilliance of Philip’s worlds and we are joined by our much-loved existing cast and some exceptional talent new to the series.”

Dan McCulloch, Executive Producer: “The moment we started season one of HIS DARK MATERIALS, we had mapped out all three novels to know the direction in which where we were heading. Every detail and character within this incredible work of fiction has been analyzed and discussed for four years now, and to finally arrive in the many worlds of ‘The Amber Spyglass’ is thrilling.”

Ben Irving, Commissioning Editor, BBC Drama: “Philip Pullman’s extraordinary trilogy of novels reaches new heights in ‘The Amber Spyglass,’ and this incredible creative team have risen to the challenge every step of the way. Audiences on BBC One and iPlayer will need to prepare for another thrilling visual and emotional journey with Lyra and Will.”

And don’t forget it will appear on HBO as well. As these things go, the final season will arrive in the UK first, before an HBO run in the U.S.

That leaves us plenty of time to binge-watch the first two seasons. Look for HIS DARK MATERIALS in 2022.