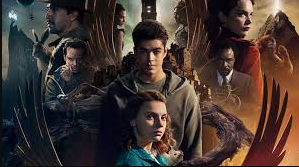 The run of Season Two of HIS DARK MATERIALS, based on Philip Pullman’s trilogy, has concluded and in its wake comes official word that a third and final season will be on the way at some point in the future. Here are the details:

HBO and BBC One have renewed the drama series HIS DARK MATERIALS for a third season, it was announced by Francesca Orsi, Executive Vice President, HBO Programming. Production on the eight-episode third season is slated to begin in Cardiff in 2021.

“Bringing Phillip Pullman’s epic, intricate and culturally resonant body of work to television has been a tremendous privilege,” said Orsi. “We thank our incredible partners at the BBC and the entire Bad Wolf team, led by the indefatigable Jane Tranter, for their exceptional work on the first two seasons.  We look forward to completing the trilogy with this final chapter in Lyra’s journey.” 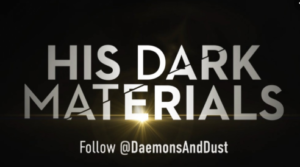 “It’s been a joy to see how HIS DARK MATERIALS has brought British TV audiences of all ages together on BBC One and BBC iPlayer,” said Ben Irving, BBC Drama Commissioning Editor, Wales. “Fans of Phillip Pullman’s incredible books, and newcomers alike, have been enthralled by adventuring with Lyra and Will through multiple worlds. We are thrilled that they will be able to continue their journey in a third series of this beautifully realized drama. Our thanks to our partners at HBO and the dedicated creative team at Bad Wolf for making a landmark series that will continue to be watched and enjoyed on the BBC for years to come.”

“HIS DARK MATERIALS has been a truly global TV experience and a personal career highlight,” said Executive Producer Jane Tranter. “The creative team at Bad Wolf in Cardiff made the impossible possible and brought Philip Pullman’s worlds into vivid life.  To see that hard work and dedication applauded and embraced by fans around the world has made all the hard work worthwhile. None of this would have been possible without the wonderful commitment and conviction of the BBC and HBO. I am excited, thrilled and honored to be making the third part of Philip Pullman’s trilogy with their support and encouragement.” 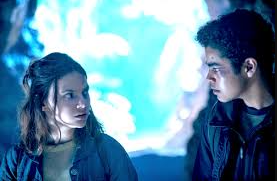 Those of you familiar with the original source material know that the final third is “The Amber Spyglass.” It is a tale that takes characters to the Land of the Dead and reveals the truth about Dust. But first, Will Parry must rescue Lyra. With the pandemic still in place and vaccines still to be distributed around the world, it is hard to say just when this production, like so many of HBO’s content, can get before cameras but the above notice does hope for a 2021 start.

Tranter told Deadline what she is looking forward to with Season Three:

“I’m so looking forward to shooting the Lyra and Will story. I really love it in television series where an audience grows up with its young leads. We’ve been filming this now across a four-year period. Those artists, Dafne Keen has changed and Lyra changes in Phillip Pullman’s novel. So I’m really looking forward to telling that story about the growth of that relationship.

I’m really looking forward to having proper time with Asriel and understanding what his mission is and what makes him tick and see the lengths that Asriel is prepared to go to, to see his will enforced. 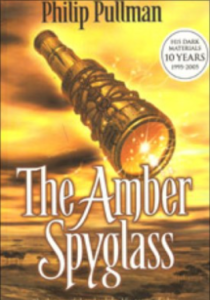 Mrs. Coulter I think is one of the most enigmatic, deliberately so, female protagonists in literature and certainly on the television screen. And we begin to understand her more not because Mrs. Coulter finally understands what she’s been looking for all this time and I’m really looking forward to telling that story.

More witches. There are new beings, which I am not going to do a spoiler on but there are many more worlds and we are meeting many new people in season three. I always say that my favorite novel in the trilogy is the one I’m currently working on. I’m currently working on The Amber Spyglass. It is my favorite novel in the trilogy. I think the audience have got a real treat in store. “