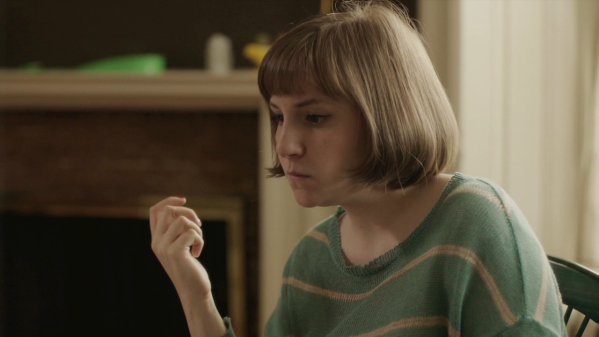 One of the best aspects of Girls is how true it rings to modern American life, even if only for a particular niche of society—in this case, four 20-something girls trying to figure out the direction of their lives in NYC. Over the past three seasons, we have seen Hannah, Marnie, Jessa, and Shoshanna grow and learn from their experiences, for better or for worse. Lena Dunham has admitted that many aspects of the show are autobiographical in nature, and given the recent criticism surrounding her autobiography, Not That Kind of Girl, this episode of Girls seems to be a spot-on depiction of this—although it was entirely unintentional.

“Triggering” was written and directed almost a year ago, yet it is impossible to watch without comparing it to Lena’s recent scandal surrounding her autobiography, in which she discusses rape and sexual discovery at a young age. While these topics in particular have nothing to do with the recent episode of Girls, the way Hannah handles the criticism of her writing in the episode is almost methodically paralleled with how Lena handled the controversy surrounding her autobiography. Before getting fully immersed in the Hannah vs. Lena debate, let’s get into the episode first.

The episode primarily follows Hannah as she finally leaves New York and arrives in Iowa to attend grad school. She finds a spacious apartment to live in for $250, but naturally, she goes with an even more lavish one for $800, because that’s precisely what Hannah would do. She’s in love with Iowa from the start, going as far as telling Marnie they should “all move here and start the revolution.” Slowly but surely, her disenchantment with Iowa begins: She is hassled at the university bookstore for credit card issues, she has no cellular reception around her living quarters, and a bat managed to make its way into her home, instantly filling her with trauma as she vacates the premises, re-enters through her bathroom window, and she sleeps by the toilet for the remainder of the night.

Hannah’s real issues, however, begin at her first writers’ workshop, where she faces her inner demons head-on: self-doubt and social anxiety. Hannah enters the workshop believing, as always, that she is a phenomenal writer, glorifying her short story to the group before presenting it. She states that it may bring up “triggering aspects” and that they are allowed to leave the room or express their emotional reactions if necessary. Her story, named Contact, is about a woman who allows herself to be abused by a man as a form of physical freedom. The group immediately reacts in disgust, with comments ranging from the story being about “a really privileged girl deciding she’s going to let someone abuse her” to “how 50 Shades it was.” Others in the group find Hannah’s story offensive for trivializing real abuse and having a stunted feminist perspective. Unsurprisingly, Hannah attempts to validate her work during every critique she receives, seemingly shocked by the negative yet constructive feedback. Hannah has always put herself on a pedestal and the workshop was an entirely rude awakening for her, causing her to call her mother and discuss manners in which to commit suicide. This is obviously a cry for attention from Hannah and she becomes highly displeased with how little her parents seem to empathize with her, and by extension, everyone’s else’s lack of empathy. 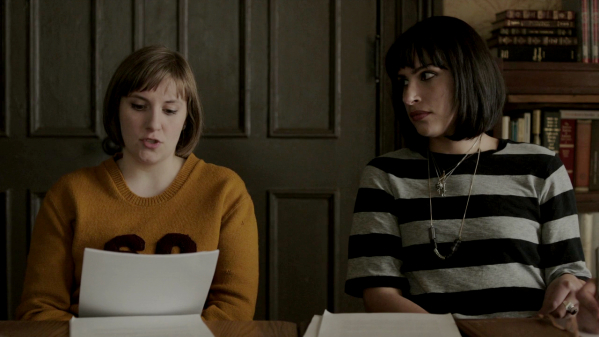 “Triggering” is one of Girls’ best episodes to date, walking the fine line between drama and comedy with perfection. It is beautifully directed, expertly paced, and very telling of Hannah’s state of mind, especially now that she is on her own. She is in constant need of approval and positive affirmation, and her expectation of triggering emotions from others in the writers’ workshop completely backfires, triggering another downward spiral for Hannah who is now humiliated and insecure. Furthermore, there is something discussed in the writers’ workshop that is highly relevant not only to Hannah, but to the entire series as a whole—particularly Lena Dunham. While discussing Hannah’s story, one of the students in the workshop asks, “How are we supposed to critique a work which is very clearly based directly from the author’s personal experience?” This is a very fitting topic of the episode, because many of the ways Hannah attempts to validate her work has been mirrored in recent months by the manner in which Lena Dunham has attempted to defend the controversy of her autobiography. Lena became well aware of this after the episode aired, stating that the episode was written nine months ago and is therefore entirely disconnected from the scandal surrounding her book. However, this doesn’t change the fact that this episode only further proves that Lena and Hannah are practically mirror images of each other. Whether this is truly an issue, however, is up for debate. 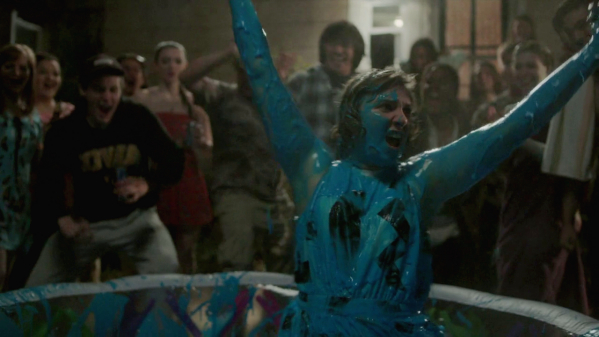 As previously stated, Lena Dunham has clearly said Girls is inspired by her real-life experiences, but “Triggering” brought an entirely new aspect to the table: Do Lena and Hannah handle criticism the same way? This episode seemed to prove so, ironically “triggering” a comparison of Lena Dunham, the public persona, to Hannah Horvath, her fictional character. Lena is not one to respond well to criticism, an example being her comment at the Golden Globes earlier this year where she claimed to have deleted Twitter from her phone to avoid reading negative comments about herself. “People threaten my life and tell me what a cow I am,” she stated during an interview. “I deleted Twitter because I wanted to create a safer space for myself emotionally.” Likewise, the same could be said about Hannah in Girls. She is a character that is in constant need of safety and assurance, which seems to fit Lena Dunham’s state of mind as well. Nevertheless, there is truly no fault in this. Perhaps much of the success of Girls is due to Lena’s raw openness about herself and the realities of her life. Girls is a series that never holds back from being jarringly realistic and emotive, despite its comical nature. If Lena Dunham pours herself into Hannah and the other characters in Girls, more power to her. Furthermore, if Lena is truly as insecure and awkward as Hannah Horvath is, the fact that she has created such a critically acclaimed series only proves what a success she is despite the negativity and instability she has to deal with. Ultimately, “Triggering” is both a brilliant analysis of both Hannah and Lena and a highly promising start for Hannah’s journey in Iowa. Let’s just hope her crippling self-doubt doesn’t lead her to cutting off her own wrist, amongst her other suicidal contemplations.

Here’s a look inside episode 2 of Girls, followed by a preview of episode 3: