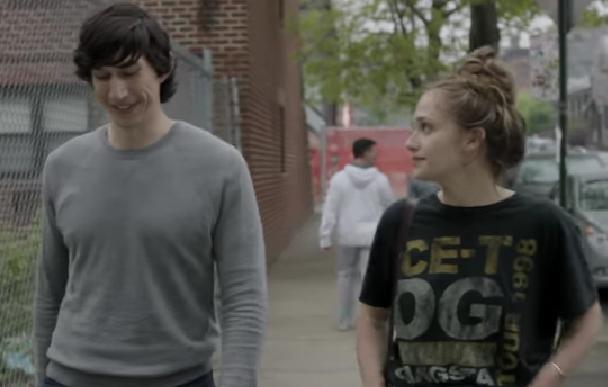 While we spent the entirety of last week’s episode with Hannah in Iowa, “Female Author” took us back to the ever-problematic lives of the other girls in New York City. “Female Author” was fueled by conflict, as Hannah, Jessa, Adam and Marnie all realized how discontent they are with their current situations.

Hannah begins the episode in typical Hannah fashion, as she video chats with Jessa as they catch up about Hannah’s life in Iowa. The conversation seems a bit forced, until Hannah stumbles into asking the question that we all knew was on her mind the whole time: “How’s Adam?” As a result of only having one class a week, Hannah has fallen into the same spiral of unproductivity that has shadowed her since first days in New York. Not only is Hannah not writing, but she also seems to be very hesitant to branch out from her $800/month home, while Elijah, on the other hand, has a plethora of friends at his disposal and seems to not even have time for Hannah.

If there was one thing that this episode showed me, it is that Marnie is just as big of a desperate mess as ever. We see her desperately trying to convince Ray (and herself) that she is not in fact, Desi’s “mistress,” but that her and Desi actually have a special relationship. Ray seemed abnormally harsh in his assessment of Desi, and right when he began to compliment Marnie she could not resist but get on top of him. Marnie’s lack of togetherness is extremely evident, but for a moment she actually seems to be making progress when her and Desi are at a label meeting for their music. Marnie seems confident, strong, and the listeners actually love her- that is until Desi informs them that him and Marnie are not actually dating, leading Marnie to shatter her façade of confidence in order to plead for a cigarette. 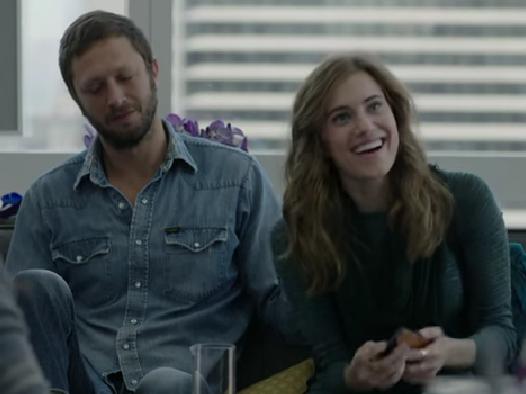 A refreshing aspect of this episode is that we actually got to see Marnie confront Desi head-on about her status as his “mistress”. Desi seems to think that Marnie’s position as his side-piece is completely normal if not beneficial for Marnie, which certainly gets turned around when Marnie triumphantly informs Desi that he is the only person she wants to be with. I found this scene surprising because honestly I never thought Marnie would be capable of having the self-realization to accept that her relationship with Desi was going nowhere, and that she really was just a runner up to Clementine.

Speaking of awkward relationships, Adam and Jessa are engaged in a blooming friendship due to the fact that they have begun attending rehab together. Adam actually sheds light on her and Hannah’s separation (which I found Hannah only touched on for an unusually brief amount of time, in last weeks episode), as he explains to Jessa how they made a rule to only speak monthly, because Adam was not interested in hearing about all her irrelevant stories and tidbits. Adam seems to be in a much better place as a single man that he has been in previous seasons. He clearly has moved on from sending Hannah v 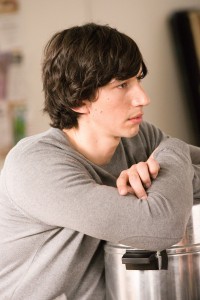 ideos of him creepily singing songs, as he even asks Jessa if it is okay for him to take off all her magnets from the fridge( a true sign of moving on!). Adam and Jessa have an uncanny sense of chemistry that stems from the fact that both of them are blatantly honest, and very fragile individuals. Adam even goes to the trouble of attacking a police officer who is trying to arrest Jessa for public urination.

While all the characters on Girls seem to be criticized for their narcissism and self-obsession, I certainly feel that Adam is the one character who is always willing to help someone out. This was certainly evinced in the scene where Jessa is resisting arrest, but upon being released from jail, Adam makes it clear to Jessa that he wants nothing to do with her, and her mischievous games and antics. My favorite moment of the episode ensues as Adam walks away, while Jessa yells after him proclaiming that she, unlike Adam, does not want to be alone. Jessa pleads for Adam to be her friend. As I mentioned back in my review of “Iowa,” it certainly seems that Lena Dunham has chosen to make Jessa a much more well-rounded and fragile character this season. She no longer is just a wild, apathetic girl, but rather with Beedie’s abandonment of her, Hannah’s departure to Iowa, and now Adam’s resignation from her, Dunham is certainly exposing us to Jessa’s more vulnerable side. I have always thought that Jessa is the type of person who will always be fine just “figuring things out,” but as we are left with a shot of Jessa blankly staring off into the streets as Adam walks away from her, I actually found myself worrying about Jessa’s isolation and her future in New York. 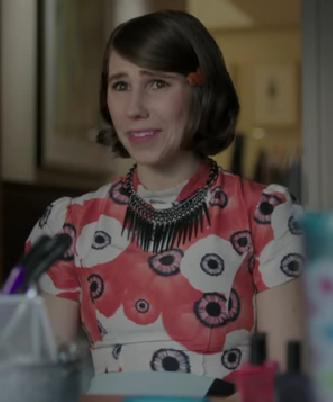 Despite Shoshanna’s concerns about being a person in the “real world,” it appears that she has found herself the perfect match in a job interview. Shoshanna actually found someone who actually embraces her awkward and “hip” lingo, and the two seem to be getting along joyously– that is until Shoshanna completely sabotages the interview in the a name of “honesty.” The interview takes a turn for the worst once Shoshanna informs the woman that she is actually just using the interview as a practice interview for jobs that she sees as more admirable. This was one of those scenes that left me cringing in my seat, as it was evident that Shoshanna just cluelessly blew away a fitting job opportunity. Given Shoshanna’s personality, and the struggling job market, this job at Ann Taylor Loft seemed to me like more of a blessing than just a “practice interview.” Shoshanna’s actions in this scene served to fit in perfectly with all four of the girls’ expertise in self-sabotage, as it seems some things never change.

When we return to Iowa, it seems Elijah has successfully convinced Hannah to leave her house, yet she makes it clear how utterly uncomfortable she feels around the people from her program. After being abandoned by Elijah, Hannah decides to have a seat with all the students from the Writer’s Workshop, except this time, there is no teacher to tell her to be quiet. Hannah unrelentingly bashes upon all her peers, in what is one of her most memorable rants to date. Hannah goes from person to person, listing all of their flaws and the many reasons why she does not take their opinions seriously. This cringe worthy moment could not help but remind me of when Hannah stormed out of her GQ job last season, not before she insulted the writing careers of everyone around her. These brutally honest moments are certainly cringe worthy, yet they are what makes Girls so exciting to watch time and time again.

I found this episode to be my favorite out of the three that have premiered thus far this season. I initially had my doubts that the show would be able to effectively switch back and forth between the Iowa and NYC setting, but this episode certainly proved to me that they can make it work. That being said, we certainly leave off with Hannah in a shaky position about her role as a graduate student, and thus I would not be surprised if she comes back to New York, whether it be for a break, or if she quits the workshop all together.

Here is a look inside the episode with creator Lena Dunham:

Also here is a preview of next the next episode which is not debuting until 02.08!
There is no episode next week due to the Super Bowl.