Relatively early in this week’s episode, Chalky makes a short but meaningful statement, publicly letting his men know that he and Richard are “friends”. The concept of friendship versus partnership, while not immediately apparent, is a key undertone in Boardwalk Empire. This sentiment came to a head this week, as the final pieces are set for the last two episodes of the season. Friendship can contaminate partnership, and vice-versa. Never was this idea as apparent as it was in White Horse Pike.

The episode begins and ends with Eli, and this choice is significant. Eli is the sole person who can tip the balance on how Nucky will fare in the episodes to come. We have seen him forced and coerced into cooperating with Jim Tolliver in an attempt to protect his family. I’ve said it before and I’ll say it again, Eli’s bullheaded devotion to his family is one of his finest qualities, and gives an insight into the staunchness of his character. As heartbreaking as it was, seeing Will reporting to Nucky at the episode’s end may have made something click for Eli, and it may hold sway in him eventually turning on Tolliver. Eli has tried and tried to remain loyal to both his brother and his household, but the reality is quite simple. Jimmy sagely informed Nucky of it back in season 1, and Nucky took it into account when he murdered Roland Smith last season; “You can’t be half a gangster.”

The recurrence of quotes and phrases is one aspect among many that this show excels in, and is rewarding for the attentive viewer. Back in the season premiere, New York Sour, Rothstein quietly imparted the knowledge upon Nucky that “All of man’s problems come from his inability to sit quietly in a room by himself.” Nucky echoes this to Chalky upon their meeting following Chalky’s failed assassination attempt on Narcisse. The relationship between Nucky and Chalky has remained interesting ever since season 1. Is it friendship, partnership, or a perverted combination of both. The fact is that it cannot be defined, but it has ebbed and flowed throughout their time doing business together. Nucky sees Chalky as more than a convenience, but not quite a friend. Chalky sees Nucky exactly as he is, an opportunistic and selfish gangster. Nevertheless, Nucky was very quick in his attempt to protect Chalky upon learning of Mayor Bader’s betrayal. It seems Nucky’s natural instinct is to value loyalty and friendship, and he will when in a scrap. But when things are not urgent, these instincts are hidden behind layers of cold, no-nonsense business. The role reversal of Chalky getting help from Nucky as opposed to the opposite at the end of last season is an interesting one, and a contrast was evident. 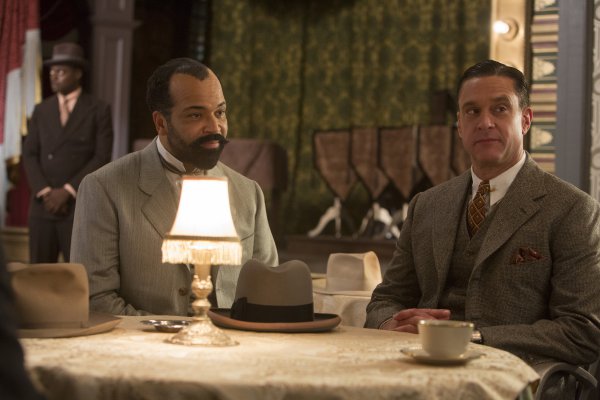 Chalky’s premature attempt on Narcisse’s life cost him dearly, and he is now alone in the wild. The concept of aloneness was turned on its head from Nucky’s point of view. Understandingly asking Narcisse “Who the fuck do you think you are?” early on in the episode, he was not drawing from the inherent racial undertones of the 1920s white man, but rather asking the Doctor how he could dare infect his (Nucky’s) city with narcotics, start a war, and then self-righteously approach him to call in a supposed outstanding favor. Nucky perceived the Doctor as alone in his ambitions; an alien, away from home and not welcome. This all changed when it was revealed to him that Masseria’s fox-in-the-hole in A.C. was Narcisse himself. For this reason, whatever Nucky is planning to do in the inevitable war with Narcisse, despite the honor in it from his point of view, it may well come back to bite him.

In terms of assassination attempts (of which there were two), we were given a treat. As much of a cliché as it is, there is nothing quite like seeing the classic image of gangsters lined up, garbed in fedoras and trench coats, letting rip with a barrage of Tommy gun fire. As much as Boardwalk Empire is a “gangster show” without relying on the stereotypical tropes, it was inevitable that a sequence like this would eventually occur. The first sees Chalky and co. attempting to gun down Narcisse in the A.C. branch of his Universal Negro Improvement Association. How exactly Narcisse managed to evade every bullet is a miracle, but the entire sequence was solidly choreographed and appropriately sudden. And, of course, I couldn’t move on without drawing attention to the fact that Narcisse fires from a dueling stance, because why wouldn’t he?

Our second assassination attempt was foiled by a much subdued Van Alden. Funnily enough, Capone seemed genuine when quipping that Torrio conveniently managed to leave the establishment at the right time, despite the obvious tension beginning to show between the two. The screentime devoted to the Chicago crew has been lacking in the second half of the season (although, to be fair, nowhere near as lacking as with Luciano and co.), and I would like to see more in the final two episodes. In a cast full of fantastic actors, Stephen Graham continues to impress. Van Alden himself is not only a wildcard, but a personified deus ex machina, and cryptically, the show is much better for his inclusion. I just hope that his true characterization from last week will go somewhere in the last two episodes. 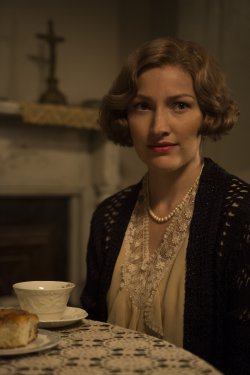 This episode also marked the second time we saw Margaret this season. I am definitely a fan of her miniature arc this season and where it has taken her, as opposed to the abstractness of her endeavors last season. Still though, would anyone have thought it possible that Kelly Macdonald’s American accent is worse than her Irish one? Maybe that’s the point, though, as she struggles with the accent on the spot in character. This is reminiscent of an amusing scene in season 2 of The Wire, as Jimmy McNulty, as played by Dominic West, attempts to imitate an Englishman. The joke here is that West is himself an Englishman playing an American (badly) imitating an Englishman. Nevertheless, Macdonald is in her element this season, and it’s nice to see Margaret played against Rothstein, a relationship I don’t think anyone could have predicted. The camerawork seemed to echo this, showing the two divided at first, yet gradually coming together in an interesting series of shots. This relationship feels as if it is just setting up something larger at the moment, and we will see it come to fruition next season. I also have a sneaking suspicion that Anaconda Realty is somehow connected with Nucky’s recent business in Tampa, and this is how Rothstein will score large once more.

Speaking of Tampa, we had a brief glimpse of it this week, as Sally discovered just what Lansky and Luciano were up to regarding the hooch shipments. Her appearances almost feel like cameos at this stage, and they are lacking any sort of direction. The Tampa scenes in general seem like distractions from the main story, and this is perhaps due to the fact that our main tie to the location is not a historical character. In A.C. we have Nucky, in New York we have Rothstein, in Chicago we have Capone…and in Tampa we have Sally Wheat. Yes, Luciano and Lansky have been mingling there (very) occasionally, but the main focus is Wheat. Patricia Arquette is absolutely nailing the character (it would be interesting to see her and Margaret share a scene and play off one another), but the character is lacking any sort of depth or purpose.

As we go into the final two episodes this season, we know the intentions of, say, Nucky, Chalky and Narcisse, but there are a few outstanding wild cards. We have yet to see the resolution of Eli’s connection with Tolliver. Speaking of Tolliver, will his frustration with Hoover drive him to betray the Bureau? It’s unlikely, but I’m throwing it out there. And finally? Richard Harrow. Everyone’s most loved character, the man who Chalky publicly declared as his friend despite having no reason or obligation to do so, has kept his role in this war close to his chest. It’s doubtful that we’ll see another bloodbath like last season’s conclusion given his character development, but I do wonder whether Chalky’s kind words will result in Richard ultimately saving him from Narcisse.

I have been fan of Michael Kenneth Williams ever since seeing him as Omar in The Wire, and with his extended screentime this season, he has proved that he is one of the best actors in the show. Now that he is alone with Daughter, without any support, and unsure about Nucky’s stance in his conflict with Narcisse, I do worry for Chalky, even after all he has managed to survive. Lets just hope he doesn’t go buying any Newport.

If there are any fellow Michael K. Williams fans out there, here’s an interview with him conducted by HBO.

Did you enjoy this episode? Let us know below. Until next week, here’s a preview for Havre de Grace: