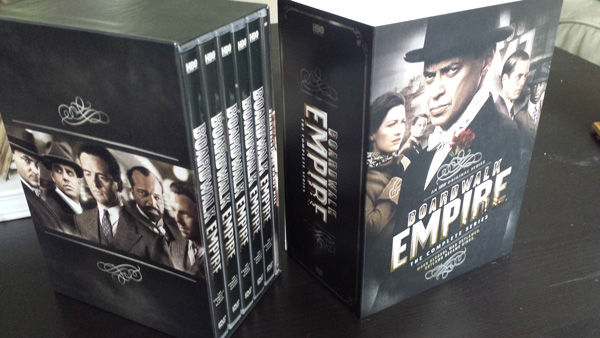 When The Sopranos went off the air many never thought we’d see another gangster movie quite like it in their lifetime. And while The Sopranos is a unique and special show, Boardwalk Empire almost fills that void in many of our living rooms.  Gangster drama in the 1920’s? Who could resist. When the fifth season went dark last year an era of gangster TV ended with it. But on May 15th, 2015 you’ll be able to at least relive all of Boardwalk Empire on DVD and Blu-Ray!  Order your copy now before they pass prohibition.

This is a sharp looking box-set! Each of the disc boxes (of which there are five) has the season poster on the cover.  All of the discs are in normal-sized DVD boxes while the bonus disc is in a slightly smaller box.  This box will look dramatic on any shelf, showing off your high-taste in television.  If you’re worried about the look and feel of this full series set– don’t be. 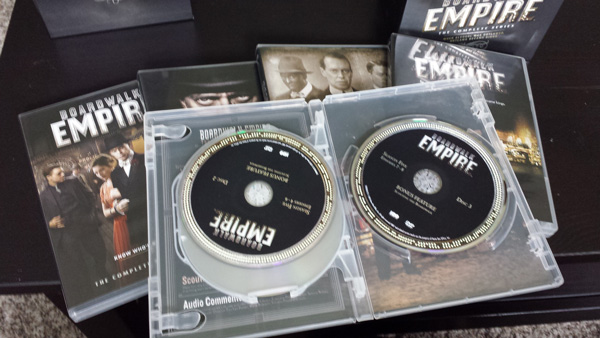 The audio of the show seems to be on par with what I heard on HBO’s air when I watched it.  The video is great but we’re reviewing the DVD set here.  It’s not HD.  We’ll check back once we’ve seen the Blu-Rays but if they’re anything like what we’ve seen from HBO’s other Blu-Ray discs the video is great there too.

Need I review this part?  The series itself is one of my personal all-time favorites. The award shows may have snubbed this one several times over but true fans of this series know the magic that is behind Boardwalk Empire. If you’re reading this, you’re probably one of those people. You should own this set and show your support for amazing television. It will look great in your collection and you can loan it to that special someone who needs a little more convincing about the show.

On each disc you’ve got at least one audio commentary for an episode. But beyond those, you’ve got a bonus features disc with the following features  (taken directly from the box): 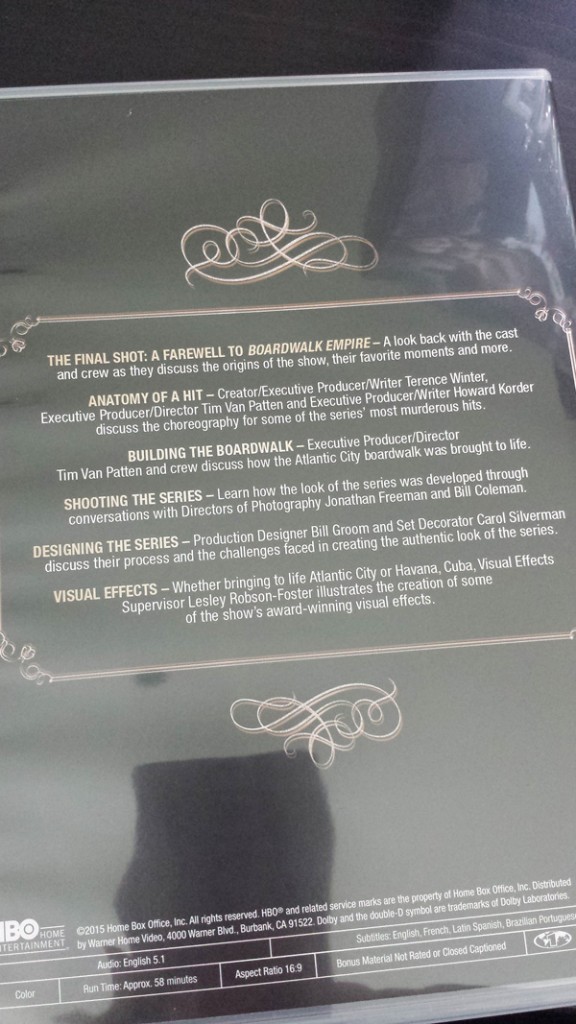 Overall verdict? This box set KILLS!  Pick it up now before they’re all gone. This set will look great on your mantle or bar.  Have a drink and relive the drama of the Boardwalk.