It’s a series that ended with bang, and no one went quietly. Boardwalk Empire’s five seasons will be uniting on Blu-Ray and DVD this spring for the perfect Father’s Day gift. HBO has announced a beautiful 20 disc set that will be the envy of any gangster flick fan.

The set comes out May 19th, 2015 so pre-order yours now and check Father’s Day (or a late Mother’s Day?) off of your list this year.  Presented for the first time as a complete series set, the release also include a brand new bonus disc featuring several pieces of never-before-seen content.

Here’s a look at the set: 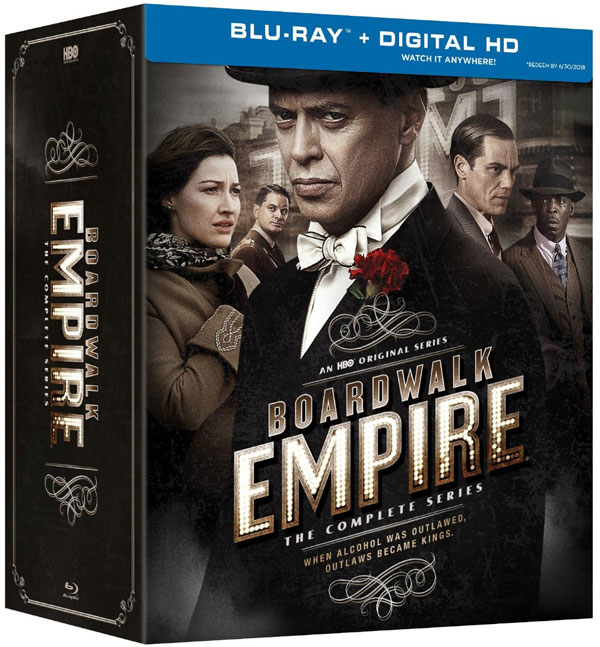 We’ll have a full review before the set comes out.  Pre-order yours today.