Boardwalk Empire is over, but there remains the unfinished business of the winners and losers. If you haven’t watched the finale yet, beware of spoilers! The final episode mostly tied up loose threads, but there was still some action. Get a refresher on episode 7, Friendless Child, here. 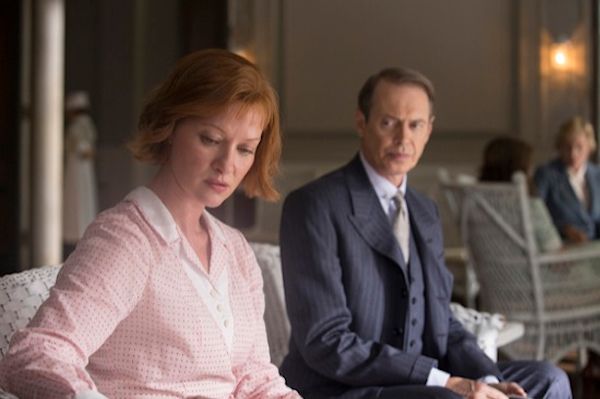 Al is at the end of his career and knows it. He’s about to face charges of tax evasion that will put him in prison for a long time. The scene between him and his hearing impaired son was very well done and almost made me feel sorry for the gangster who did a lot of very bad things. Al is last seen being swarmed by reporters on court house steps, and it’s generally known that Al died in prison.

Charlie must have read about King Arthur at some point– I don’t know what he did in his spare time in real life, but I never pictured this character studying literature. He gets the five families together at a round table, and explains to them that no one sits at the head because they’re all equal. This launches the real life gangsters now that Nucky is out. Their first order of business is to whack Narcisse in New York so they can start off with a clean slate.

Whacked leaving what looked like a funeral after spouting some of that Alice in Wonderland Caterpillar BS on the crowd outside. This was a nice bit of action in the middle of a series finale full of goodbyes.

Margaret dances with Nucky one last time in her apartment, then is back to her job at Connors and Gould. One last stock scheme with Joe Kennedy yields a big win and secures Kennedy as a client, but it’s clear Margaret is going to keep him at arm’s length– at least for the near future. She’s got plenty of her own money, and I think she would get Nucky’s money too, considering how things ended. At least I’ll never have to write about her character again.

Nucky drops by Eli’s– I hate to call this an apartment, because it’s a filthy box, kind of like Eli. Nucky gives him a bag full of money and a razor, telling him they won’t see each other again. The message in the bag, of course, is clean yourself up and start over. Eli could go somewhere far away and make something of himself, or he may rot away in that room. Unless he finds someone to tell him otherwise, I think he’ll stay in the room.

Her letter to Nucky was her one hope to get out of the asylum early, but he’s not going to do that. He didn’t let that stop him from throwing money at the situation, though; he secured a private room for her for the rest of her stay and set up a trust fund for her when she gets out. That crazy doctor got to her with some unnecessary surgery, and there will probably be more before she gets out– if she ever does. I think Gillian more than got her comeuppance for anything she’s done. 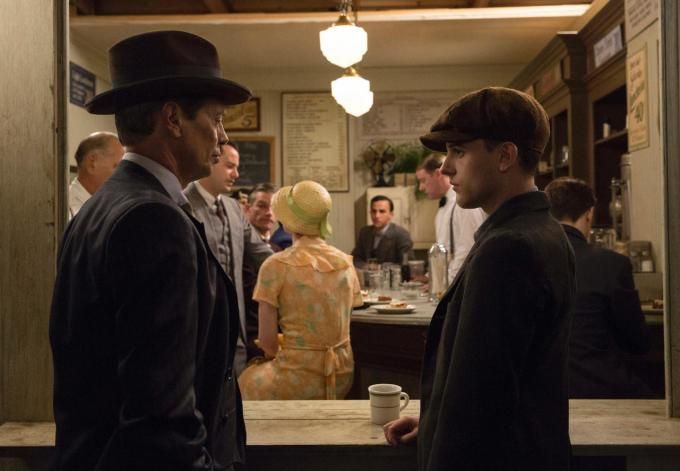 There was a bit of skinny dipping in the beginning, but Nucky spent the finale saying goodbye to people and arranging for those closest to him to at least have financial care. All of the flashbacks in this episode have led up to Nucky’s original sin– handing underage Gillian over to the Commodore in return for the sheriff’s badge. At the end, justice for Gillian comes in the form of her grandson, 14 year old Tommy Darmody, who kills Nucky on the boardwalk where they all lived. The episode ended showing Nucky as a boy, swimming underwater and catching one of the Commodore’s pieces of gold.

You may remember Tommy as Joe Harper from Indiana, Nucky’s would-be valet and wanna-be gangster from earlier in the season. I guess he got close to Nucky so he could kill him, but they don’t really explain how he remembered all that stuff Gillian told him. Did Richard’s widow kick him out? Did he run away? Did he visit Gillian at the asylum? Or did he really remember all that? Tommy would have been 7 or 8 at the end of season 4. There’s still a bit of a loose end here, and we’ll probably never know what happened to Tommy.

Let us know what you think the finale and how you expected it to end in the comments!