The Emmy Award winning Boardwalk Empire is back on August 19, 2014 when the fourth season debuts on Blu-ray , DVD and Digital HD. The Blu-ray set also comes with a Digital HD copy. After barely surviving an overthrow attempt by gangster Gyp Rossetti, Nucky Thompson is laying low at the end of the Boardwalk.  However, the calm will be short-lived, as Nucky faces new challenges, including a clash with a violent Harlem power-broker, a battle with his brother Eli over Eli’s college-age son, and the irresistible lure of lucrative – and perilous – opportunities in Florida. Featuring “achingly good performances,” (The Chicago Tribune), Boardwalk Empire: The Complete Fourth Season is jam-packed with exclusive bonus material and is not to be missed! 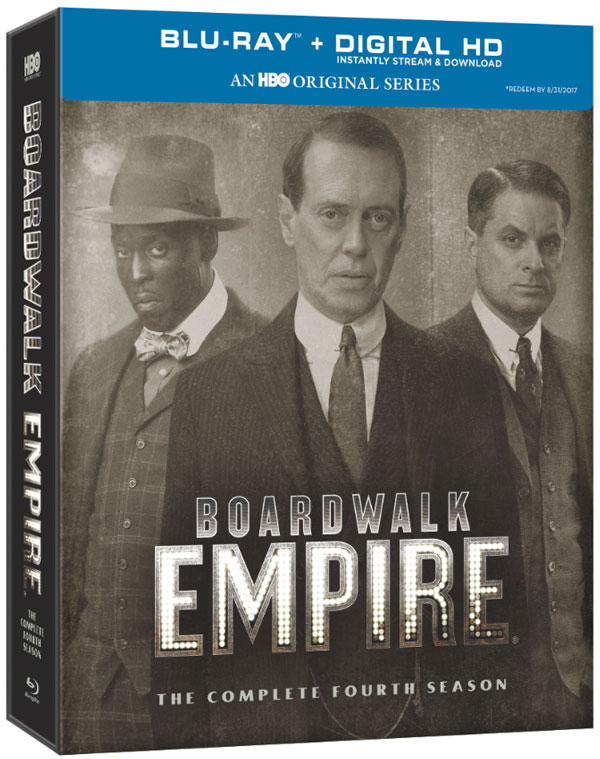 Pre-orders are available now on Amazon.

Exclusive Blu-ray Features (along with all DVD extras):

Grab your pre-order on Amazon now if you’re a 100% gangster.