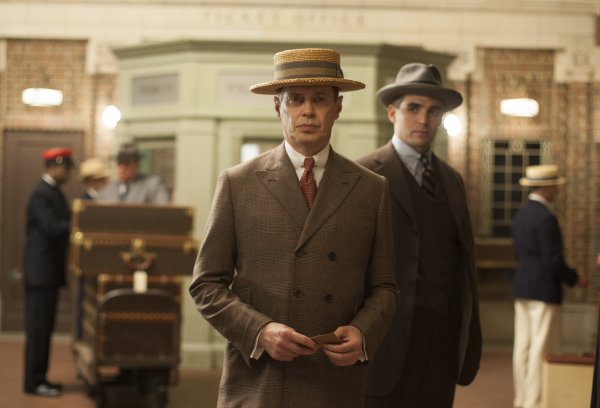 Season 4 of Boardwalk Empire was capped off this past Sunday in bittersweet fashion. As I sat on my couch watching the credits roll I had one question rolling through my mind – “What the f*** just happened?” I’m sure many of you felt the same. That emotional tug in your gut and throat that has you repeating… “no… no no it can’t be over. Not like that!” Well, my friends, unfortunately we must all wait another long, cold year before our return to the Boardwalk. In the meantime lets go over what went down in this epic season finale.

The episode opens with Chalky and his men storming the Albatross, holding Nucky at gunpoint until the two finally come to an agreement that the good Doctor’s time is up. I think all of us knew that Chalky would never cap off Nucky, especially in the opening minutes of the episode, so the tension of this scene was a little downplayed. Regardless, Chalky and Nucky finally have a plan to finish off Dr. Narcisse.

So comes Richard Harrow. Gillian now stands trial for the murder of her lover/fake son, Roger, after Roy Phillips exposed himself as a Pinkerton Detective last episode. With no body to prove his testimony, Richard seeks out Nucky and asks for the remains of Jimmy Darmody. Moved with pity for Jimmy’s son, Nucky agrees to anonymously tip off the right people. In exchange Richard must complete one final task…

Meanwhile, Eli and Agent Knox finalize their plans for the meeting to end all meetings. Little do they know, Nucky is on to their scheme. Nucky cancels the meeting and is about to put a slug through Eli’s head before young Willie comes storming in. Agent Knox moves to arrest Eli but ends up with a flower vase embedded in the back of his skull.

Back in Chicago, Johnny Torrio is ambushed by a lone gunman. I think it’s safe to say that Al Capone had his hands all over this, and now Torrio concedes the business over to him. Chicago is now in the hands of Al Capone. 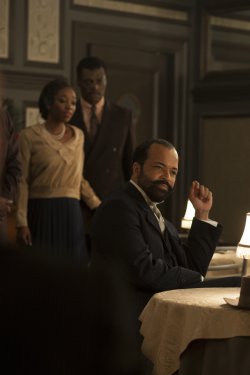 Chalky and Dr. Narcisse have arranged a meeting in the Onyx Club to discuss the terms of safe passage for Maybelle’s wedding, all the while Richard Harrow waits with his rifle trained on the Doctor. Struggling with his intense moral dilemma, Richard hesitates, and the bullet that was meant for Dr. Narcisse kills poor Maybelle. The ensuing shootout leaves Richard with a gunshot wound to the chest and the storming of the Onyx Club by Federal Agents.

Acting Director Hoover meets with Dr. Narcisse in a jail cell following the shooting. In exchange for his freedom, the Doctor must assist in acquiring information on Marcus Garvey, the founder of the Universal Negro Improvement Association, giving us a glimpse of what is to come in Season 5.

The episode closes with a beautiful and tragic hymn by Daughter Maitland – “Farewell Daddy Blues.” We see Gillian and Margaret in their new homes. We see Eli being picked up by an old friend in Chicago, Nelson Van Alden. We see Sally waiting for Nucky. We see Chalky in his despair. And we see the dying dreams of Richard Harrow…

Talk about a sledgehammer to the chest. That final montage damn near knocked the wind out of me. I kept hoping Richard would twitch or blink or grunt or something! But there was nothing. Barring some sort of miracle, I think it’s safe to assume that Richard Harrow is gone.

Season 4 had some of the most intense scenes I had ever seen on the Boardwalk – Chalky and Dunn’s fight to the death, Chalky getting picked up by Narcisse’s men, Richard’s final shot, Eli and Agent Knox’s closing dual. So many great moments to cap off a great season. Like nearly every season of ‘Boardwalk,’ things remain particularly obscure and foggy until the closing 3 episodes. The same holds true for Season 4. Episode 10 was perhaps the best episode of the season, full of plot twists, shootouts, and nail-biting tension. Disagree? What was your favorite episode this season and why? 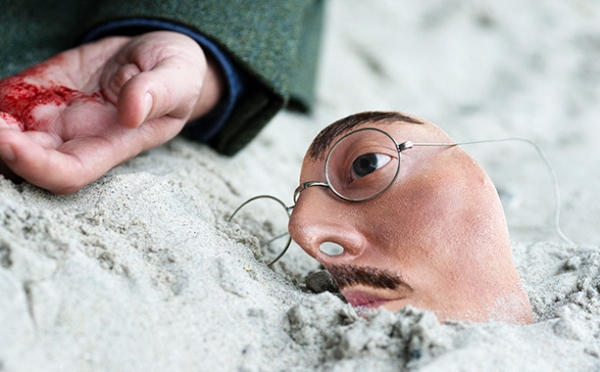 In the end Season 4 feels very much like a buildup to Season 5. There was no ultimate conclusion to Nucky’s storyline, merely just another list of problems to pile on. Looks like Nucky and Sally’s Cuban vacation will be on hiatus for a little while longer. In addition to that, many of our favorite characters were kept on the sidelines for most of the season. Margaret was pretty much nonexistent (good or bad?), Arnold Rothstein played a minor role, Gaston Means did nothing but get arrested, and even Dr. Narcisse was featured in only 8 of the 12 episodes. And Richard… O Richard, what a damn shame. His time on the Boardwalk ends with him killing a young girl then bleeding out in the sand, dreaming about the life he almost had. Such a tragic ending to this audience favorite. Is there any hope that Richard made it out alive? Tell us what you think.

The stage is set for an epic conclusion to this chapter in the Boardwalk saga. How will Eli get along with the new king of Chicago, Al Capone? What will Gillian have to say about Nucky to keep herself out of jail? How will Rothstein and Margaret’s new partnership formulate? How will Chalky respond to this latest tragedy? And what of Dr. Narcisse and Director Hoover? These two characters absolutely light up the screen and I’m already excited to see more.

Leave your thoughts on Season 4 in the comments below. What were some of your favorite moments? How does this season stack up against the others? Any predictions for Season 5? Let us know what you think!