Previously on Booze, Drugs and Sex in Impeccable Period Costumes:

Van Alden is going around making collections and delivering flowers. He’s built a house, and he and his wife have two children now. Nutty ex-FBI agents on the lam have to make a living too, and what better way than delivering FTD’s special “I Forgot to Pay My Protection Money™” Bouquet, along with sucker punches and quotable quotes? He should take some roses home to his wife too. 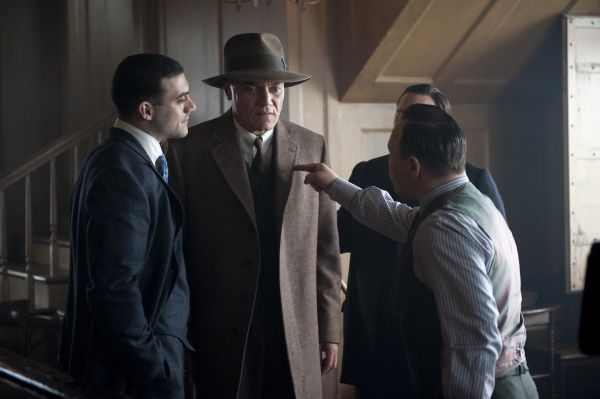 Can I interrupt this recap and chat about his wife for a minute? Sigrid has to be the single most awesome mafia wife ever. Let’s go down the list, here. She takes care of his baby like it’s her own. She went on the lam with him in a strange country where she barely speaks the language, and married him to boot. She cooks, keeps a clean house, had another baby and brews booze in the bathtub so he can make more money on the side.

She makes sweet love to him like she was trained at Littlefinger’s brothel, and she killed a man because she thought he was there to arrest George. So far the only chink in her armor seems to be that she spends money like a Kardashian trying to dress up the house Van Alden built. Compare and contrast her as a mafia wife to Carmella Soprano, or even Margaret Thompson. If you were a mafia man, who would you rather have for a spouse? In my book Sigrid is a WIN and Van Alden had better treat her right, or else she may whack him in the head, too. 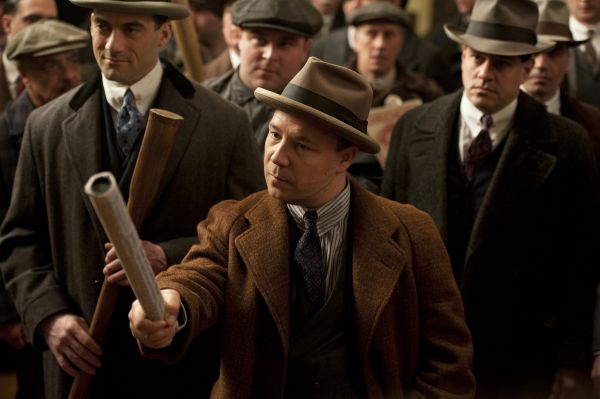 However, his wife isn’t his only worry. His boss O’Banion has assigned him to keep a close eye on the Capones. Al recognizes Van Alden (they shared some pie last season), and is going to give him a beat down when his brother steps in and recruits Van Alden for some election re-direction. Van Alden isn’t all that into voter intimidation until he gets hit in the mayhem, and then he goes into HULK SMASH mode. Van Alden seems to get at least one majorly crazy moment each season, and I hope he gets another good one this year.

Richard is home with his pregnant sister, and it looks like things are pretty bleak for her. Even the dog is dying, Richard can’t bring himself to shoot it and she has to kill the dog herself too… Gawd, several shows I’ve been following this year have shot the dog. It’s bad enough when we have to put them down in real life– can’t the writers find some other way to get their points across? Anyway, even with everything that’s happened, she’s been hurting over Richard’s absence. She gives him a copy of a book with a past due tax bill on the inside. I can’t figure out if this was deliberate or not. She doesn’t seem like the type to miss a detail like that. I have no doubt Emma would take care of that too, but you know Richard is going to investigate it and possibly shoot someone. He seems to be on a roll since last season’s finale.

He pays a visit to the county assessor. By now we know that unannounced visits from Richard never bode well for the other guy, who knows this is a money matter. However instead of discussing Emma’s taxes, they talk about some guy on a train who was a partner of some sort, and Richard lets the guy live because he has a family. Maybe another HBOWatcher can help me out here, but for me, Richard’s story line has officially wandered into the land of I Have No Idea What Is Happening. After he leaves, someone else comes in, whacks the assessor and calls Richard about the tax bill. I’m completely lost now. 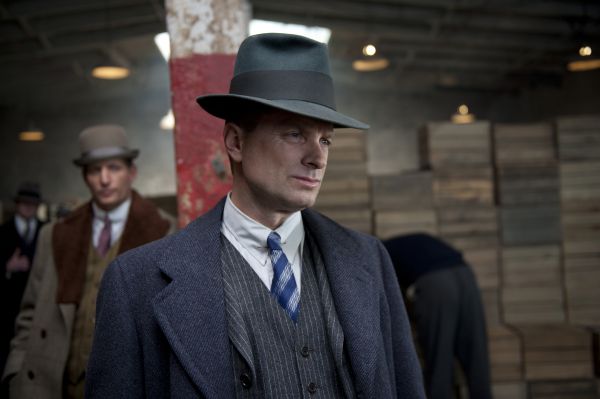 Eddie is moving up in the world. After (I think purposely) botching one of Nucky’s breakfasts, he’s given Nucky an ultimatum: Give me a promotion or fire me. After almost dying last season and enduring the agonizing circumstances during his lifesaving surgery and his recovery, I can’t help but cheer for Nucky’s most loyal employee. As his first act, Nucky assigns Eddie to hide some money in a safe deposit box. I can’t wait to see where Eddie goes from here!

Nucky is just generally taking care of business. He visits the mayor at the dedication of a new church under construction to get a piece of the action, and checks in with Eli’s liquor operation, all while preparing for his trip to Tampa. Remember Agent Knox from last week? He meets Nucky and does not impress him with his sense of humor or his broad vocabulary. He’s working with J. Edgar Hoover to bring down illegal booze operations, so there are a lot more crazy possibilities this season.

The Making of the Onyx Club

The Onyx Club, meanwhile, is looking gorgeous as Chalky takes his daughter Maybelle, her fiancee Samuel Crawford, and her future in-laws on a tour. I guess there’s going to be a wedding reception there and the Crawfords are just a wee bit stuffy about it. You can tell they look down on Chalky, and I can’t help but feel for a character who has worked hard all his life and still gets no respect from people in general, let alone professionally. I was upset when Nucky initially denied him the Onyx Club and would like to see Chalky be more of a king himself. First, however, he has to deal with the fallout from Dunn’s indiscretion gone horribly wrong last week. 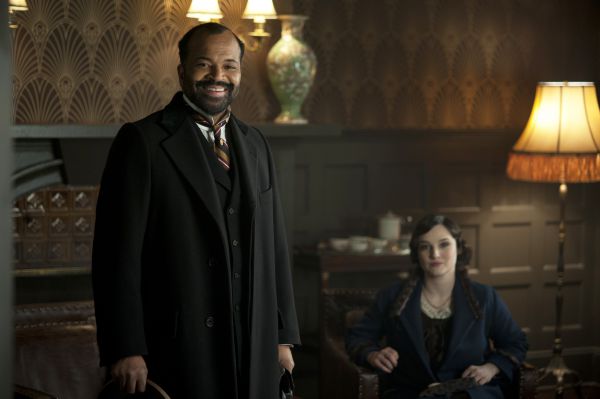 His first sit-down with Dr. Valentin Narcisse doesn’t go very well. Chalky is a hothead who can’t read, and likes to deal with things in a direct manner. Narcisse speaks in metaphors and won’t be specific about what he wants in return for the loss of a valued employee. When negotiations go sour, Narcisse stops performers from coming to the club, forcing a meeting with Chalky and Nucky. Nucky negotiates 10% of the Onyx Club for Narcisse in compensation, and Chalky has to go along with it.

We get the real story on the ride home. These employees have gotten into this kind of trouble before, and Narcisse wanted a piece of the action on the Boardwalk… He set this up to get rid of his problem employees AND get a piece of the Onyx Club all in one move. The only loose end he has to tie up is the woman who Dunn done wrong, and his henchmen take care of her with a noose around her neck. Brilliant.

Remember the mayor’s dedication of the new church building? Later, they find the troublemaker woman’s body there, and the mayor has to attempt to do damage control. Dr. Narcisse knows how to send a message.