As we are well aware the limited series BIG LITTLE LIES did well for HBO. So, it only makes sense to want to cash in on that and perhaps go for a second season. O 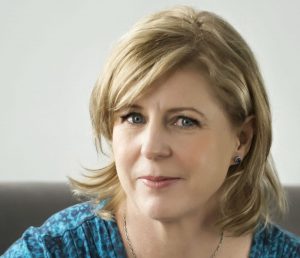 f course, that is a tall order. The producers of the production, which include director Jean-Marc Vallée, screenwriter David E. Kelley and stars Reese Witherspoon & Nicole Kidman, went straight to the source and asked if Lianne Moriarty (pictured, right) was game for another round.

Though it was not clarified who talked to the author, they approached the author of the source material to see if she had a notion of taking these characters further. Moriarty told the Sydney Morning Herald in an interview that she had been approached and immediately …” started to think about ways this could continue. The producers have asked me to see if I can come up with some ideas. I wouldn’t write a new book but perhaps a new story, and then we’ll see what happens.”

However, Vallée has already stated the work was “a one-time deal” and the cast of talents would have to be onboard and Witherspoon is the only one who strongly showed great interest. She, in fact, could have initially propositioned Moriarty. That doesn’t mean that Kidman, Shailene Woodley, Laura Dern or Adam Scott would be interested or available. 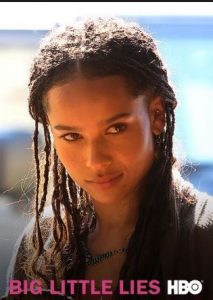 t kind of angle could the author take in a new story? Well, in that same Australian newspaper she hinted at a possible angle with Zoë Kravitz’ (pictured, left) character Bonnie Carlson. Apparently, there is quite a bit of background about this gal in the novel that didn’t make it to the screen. Moriarty stated that “My original reaction was, ‘What have they done? How have they left that out?’. But a lot of people have said that they could tell [what Bonnie’s true story was]. There had been little hints. … It’s implied in her performances and some little lines. I think I might have preferred to have had it in there, but I wouldn’t argue against it either. It also leaves open the possibility of Season 2.”

So it is only an outside chance that something could materialize, but if it does it is good to know that it would come straight from the source who knows the characters best, Lianne Moriarty herself. Now, just like TRUE DETECTIVE, THE NIGHT OF and THE YOUNG POPE we add BIG LITTLE LIES to the list of shows we await a follow-up from.