With one episode left in the season, Big Little Lies finally feels like it arrived.  Up until now, the season felt slow and a tad predictable. But tonight, the little sprinkles of chaos finally began to manifest. We find the Monterrey Five committed, mostly, to their original story. Their meetups up until now felt more like a requirement than a group of women gathering to love and support one another. And sure, we can continue to ask, what was the point of lying in the first place? But, now, their lies have spun and Madeline (Reese Witherspoon), in her wavering desire to give a little, hide a lot, seems to be the weaker link this week. The shots lend us to believe that she’s ready to offer their secret up to her husband as a grave sacrifice. Classic Madeline. But her husband, Ed (Adam), has his own thing going on too. As he digests Madeline and her infidelity, he finds himself on a date, uncertain of what his own future holds. One moment he’s present and praises Madeline for her commitment, and the next, he’s able to see her deceit. We can only hope that he doesn’t do the thing he told her not to! 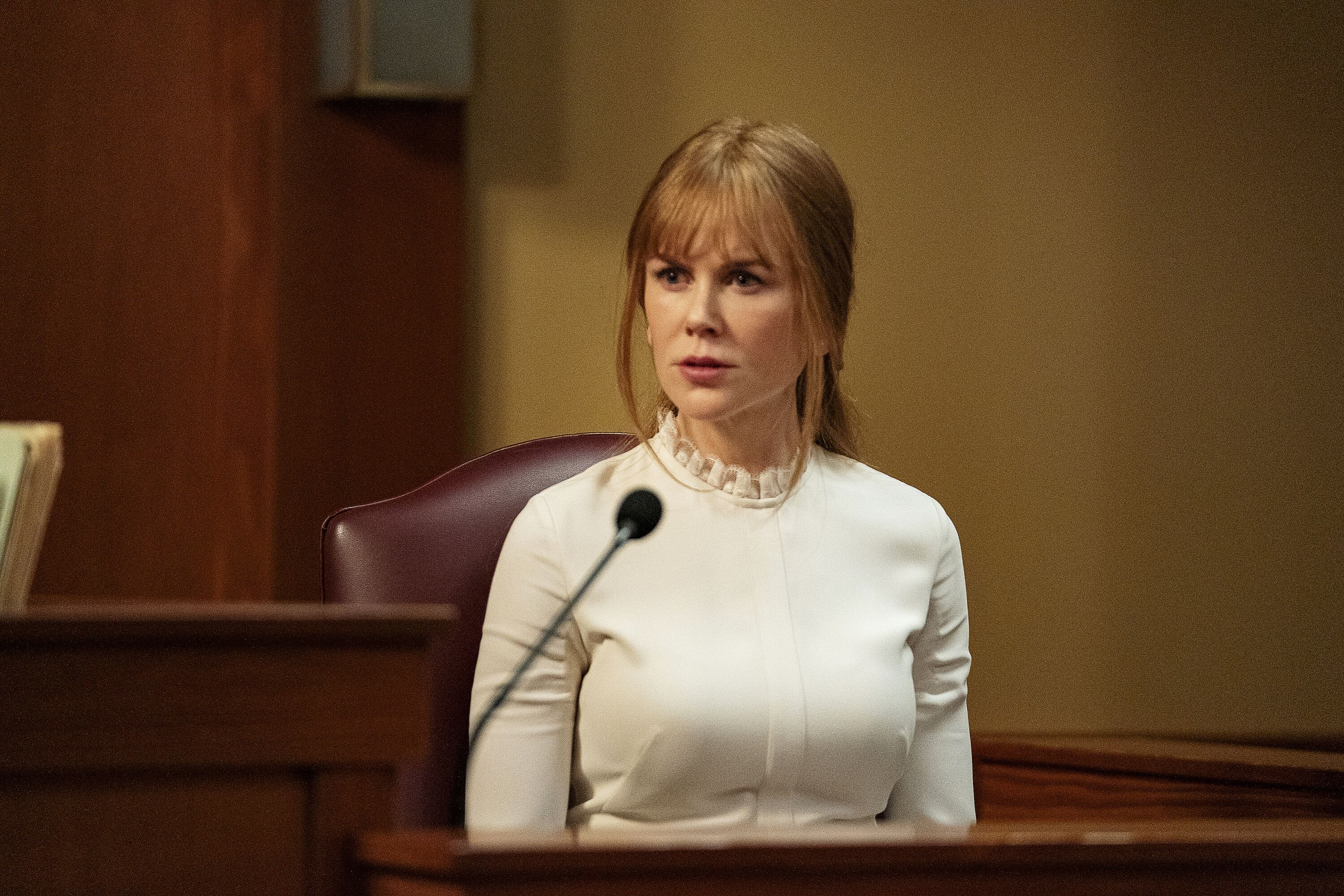 Celeste Wright (played by Nicole Kidman), found herself on the stand in the highly anticipated custody showdown with her mother-in-law, Mary Louise (Meryl Streep). While Mary Louise didn’t say much this episode, it’s clear that her action behind the seasons came to light. Celeste and team focused so much on preparing to cover up the murder of her husband that she forgot how exposed she was. Kidman shined as expected. What was exciting was that Celeste did not collapse or fold under pressure. She cried as needed, answered questions in a way that seemed calculated and cool. She left me to believe that she could possibly maintain the primary guardianship to her children. But, maybe it was just me. In the end, on the cusp of the judge’s decision, Celeste stands and lets it be known that if she is under attack and scrutiny, Mary Louise should be too. To raise the stakes, she wants to cross-examine her mother-in-law. In Streep’s fashion, no words were offered, just a look that said: bring it, I’ll handle whatever you throw at me. And honestly, I can’t wait. What worked really well this episode was that we’ve seen Celeste unwind and could predict the argument against her. But excessive pictures of men we’d never seen, paired with questioning around her husband’s death that really showed how ill-prepared they were. I was reminded of why I loved this show so much. Right when you think you know what’s to come, things go a different way, and you’re offered a pleasant surprise.

This season rock star is Renata Klein (Laura Dern). Bankruptcy looks good on her. She’s more bold, spicy, and eager to exist. She’s oblivious in a way you’d expect. Her commitment to her ego calls for great TV. Battling her own courtroom drama, we see an interesting scene between her housekeeper who is finally leaving for new employment. In the moment I could not fathom why this woman stayed around. She knew it was a sinking ship, and I could only imagine there was ample work in the affluent community. And then it hit me… and Renata at the same time. While in court, the housekeeper requested back wages in excess of $160k, citing workplace stress management. Then and only then did we all realize… she was keeping more than the house. Gordon, tisk tisk!

Jane (Shailene Woodley) continues to move through the story-line in a very subtle manner. Her disheveled appearance tells more than any word she ever says. And when she does speak, her emotions pull you in. She’s the youngest and most vulnerable. She’s concerned about her son being a rapist like his father. She’s hurt and even in her quest to move on, she simply can’t. You can’t help but feel like Mary Louise is there to be the Queen of Disruption. I feel it, and Jane does too. Is this woman so ruthless that she’s going to take her son too? The tension is there, even if the words aren’t. Through it all, Jane still fights and defends Celeste, in a way that shows maybe these ladies can be kind and loving for one another. I can’t help but think though, with Mary Louise knowing Jane purchased a gun, is she ready to come for her other grandson too?

Bonnie (Zoe Kravitz) is the biggest emotional wreck of them all, and well, you get why. In an episode centered on “Bad Mothers,” none feels more appropriate to question than the relationship of her own mother. As she lies dying from a stroke, Bonnie and her flashbacks continue to push her story forward. While I’m not a fan of this vehicle, the writer clearly feels the best way to showcase Bonnie’s sadness and intense disinterest for her mother is best seen through her intense childhood years. But, honestly, we received this message episodes back. Their relationship was strained and complicated. I guess the irony is where they are now, but I could do without so many flashbacks, blank stares and “pretend confessions” from Bonnie. It’s the tease that kept on giving throughout. Will Bonnie suffocate her mother? Will Bonnie confess? I don’t know what Bonnie will or won’t do on the finale, but I know that her story-line seems a bit redundant. She’s riddled with guilt, but now what?

In the end, I can say I’m ready to see how Celeste and Mary Louise fair next week. It’s the showdown I never knew I needed. I am also eager to see if Ed falls to the pressure to cheat. It feels like Bonnie is going to do some confessing, but I wouldn’t count on it. What will Renata’s life look like? She’s so angry, yet committed to a system of destruction. No matter where the Monterrey Five land in the finale, this episode allow the moms, in all their badness come to the light. Sure, moms are flawed, but as Celeste mentioned, they’re doing the best they can. Check out the trailer for the finale of Big Little Lies.