Big Little Lies is proving itself to all doubters that a second season was necessary, important and just as good as the first one. Season one was all about mystery, murder, secrets and lies and while season 2 has elements of this, there is a lot more character depth and an exploration of relationships, marriage and complicated family dynamics all of which are deeply affected by the strain of The Lie. Jean-Marc Vallee’s signature directing style is well compensated by Andrea Arnold, best known for independent films like Fish Tank and American Honey. Her edgy and raw directing style fits in well with the Monterey Five and with Liane Moriarty joining David E. Kelley in the writing of each episode, we are getting a deeper and greater understanding of each character and what is really at stake here. With only three episodes left and little focus on the investigation itself, you have to wonder how this is all going to play out. 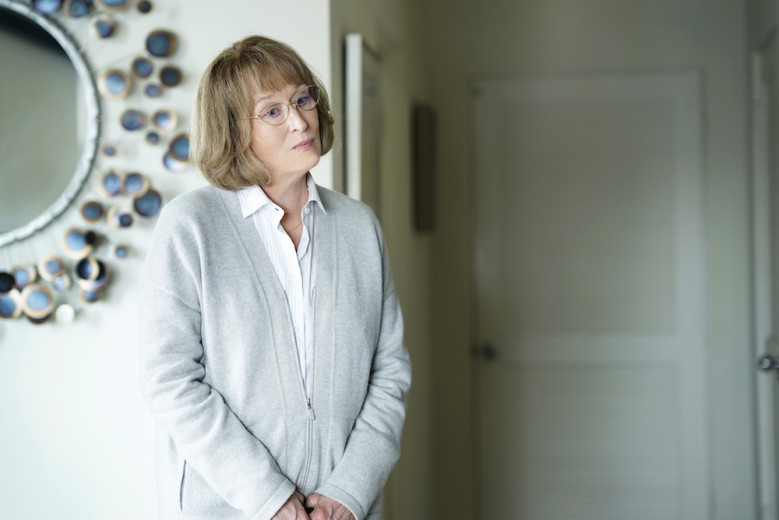 Is Mary-Louise a bad person?

This question has been circulating in minds since episode one. While she may not necessarily be a bad person, she certainly is a complicated person. At her very core, she is a Grandmother and grieving parent. She demonstrates her devotion to her grandchildren on a regular basis, welcoming in Ziggy with open arms, moving to the area to be around them more and to help Celeste with childcare. She has such a sharp edge to her that is deeply unsettling at times, if its not the scream during dinner it is her response to Celeste slapping her – “What shall we call that? Foreplay?”. A hurtful comment said with consideration and purpose, knowing full well how much it would upset Celeste. There is an element of her character, the grief-stricken mother of a rapist and violent husband, that is proving to be the most interesting dynamic of her personality. Her desperation to understand what he has done leads her to accuse Jane of making her ordeal up and also pushing the blame onto Celeste for not keeping him interested enough. She cannot face that her son would have been capable of such things and spends her time reminiscing about him like he was some kind of saint, the way in which any mother would choose to remember her dead son. This turmoil is heartbreaking and Meryl Streep encapsulates it perfectly. She is grieving and she is looking for someone to blame.

What does this season tell us about marriage? 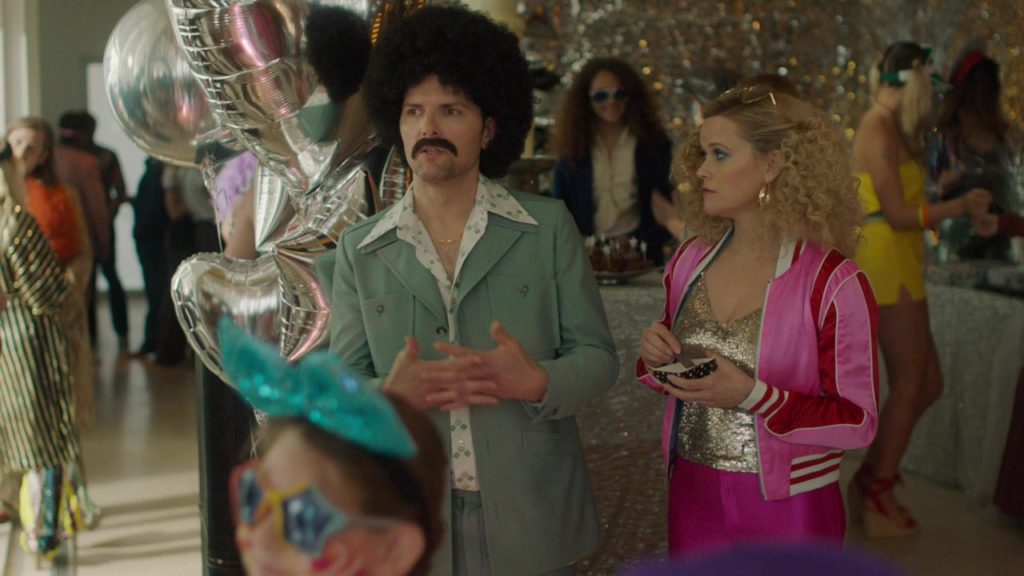 If anything, it is simply that marriage and relationships are more complicated than we ever could imagine. Madeline and Ed are really going through the motions at the moment after Ed learns of Madeline’s infidelity in season one. Ed doesn’t move out which makes it seem like he is perhaps willing to salvage their marriage, but an incident at counseling doesn’t end well for either of them when their therapists ask Madeline to consider why she may have strayed from Ed. She doesn’t seem willing to give this much thought and rather continues to admit blame and apologise to Ed, even starting to crack jokes with him and kissing his neck at night only to be dismissed and ignored. This in itself is a very interesting subject, Madeline is very much in the wrong in that she is the one who had the affair, but if he isn’t going to leave her then it is wrong of him to torture her in this way. Concurrently, Renata and Gordon are having a different kind of marriage crisis when Gordon loses all their money and they have to attend a callous bankruptcy hearing in which Renata has to hand over her wedding rings and justify $4200 worth of Botox. In order to pretend like everything is okay, they throw their daughter a huge birthday party, no expense spared. All the women come and bring their children with them and are united in fancy dress once more, much like that fated night. Madeline notices some flirtation between Ed and Bonnie, Ed who had already been called out by Madeline for having coffee with Bonnie, admitted it would be a good way to piss off both Madeline and Nathan at the same time. Renata looks on at her daughter having the time of her life and realizes just how bleak their future is going to be; the little girl that has it all will all of a sudden have nothing. While that is not necessarily a negative thing to people from much more humble lifestyles, to Renata it is a huge blow. She is self-made, she grew up poor and through no fault of her own she is back to where she began and her daughter is there with her. Gordon remarks that Renata has changed a lot in the last year and that there is something about her, an eerily similar remark was made by her daughter to a child therapist.  Despite Perry raping and beating her, making her fear for her life, Celeste misses him and loves him. As with many domestic violence cases she blames herself for his behavior, she excuses him and even in death, she defends him. She remembers him as a tender and sweet father, a passionate and loving husband and only when her guard is down do the memories of his torment return. Perhaps as part of her grief she needs to remember him as a good person so that she punishes herself for being partly responsible for his death.

What is going on with the investigation? 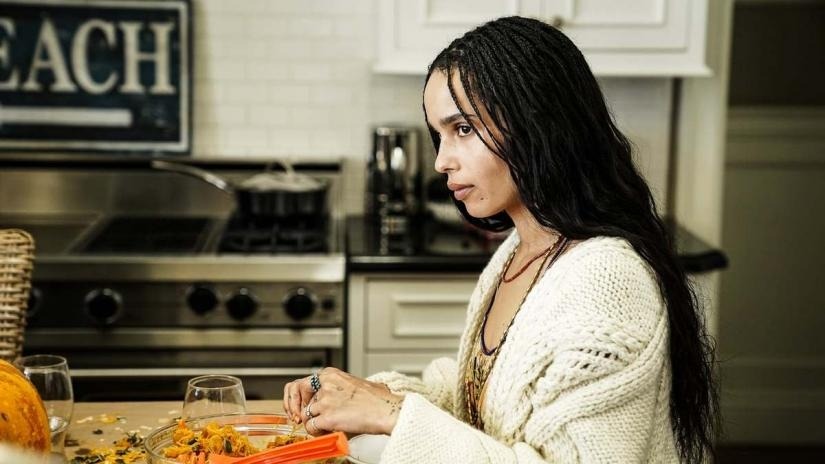 It doesn’t appear that there is really anything happening with the investigation at the moment other than the Detectives seem to be keeping a close eye on the five women. Mary-Louise’s custody battle will likely shed some very unwanted light on Celeste and her inner circle, which as we learned this week is crumbling. Madeline was the one who instigated the lie and Bonnie and Celeste are starting to resent her for it. Bonnie we know is the one who delivered the final blow and has been struggling immensely ever since and Celeste is still battling her own demons and turning to hard prescription drugs to blank things out, to give herself a break. Mary-Louise mentioned to the Detective that she can’t really believe that Perry slipped to his death and she is starting to piece together the events of that night which lead all five women to the exact spot Perry died only moments before. She is already suspicious and is already looking at it as a murder case, she thinks she knows more but this is really just the beginning. She is likely to find out more truths.

Dern and Streep steal the show

This season, at the moment, belongs to Meryl Streep and Laura Dern who give shatteringly brilliant performances week after week. Mary-Louise has a creepy quality, much like her son. She turns up unannounced, lingering in shadows at car parks, arriving at parties and gatherings without being invited. She knows where she’s not wanted and she gravitates there. She is closing in on Jane and Celeste by moving to an apartment in Jane’s building. She can be accusatory but polite, she can be your best friend and your worst enemy. She is sharp-tongued, quick-witted and she knows how to hurt you. Her character is unfamiliar and unpredictable and this in itself is unsettling to us all. Laura Dern, on the other hand, is doing a remarkable job portraying Renata’s emotional breakdown, which has given us some memorable and awkwardly hilarious moments in previous episodes. She is so focused on her daughter and seeming like she has everything under control that she is constantly on the edge of a huge meltdown. While she is the highest strung she has ever been, she is also deeply compassionate and underneath it all, she is hurting. Her husband has betrayed her and she is losing everything she has worked hard for. These two elements of her character are likely to play a big part in the truth unveiling itself when it finally does happen. Someone can only function in high gear for so long before they burn out entirely. 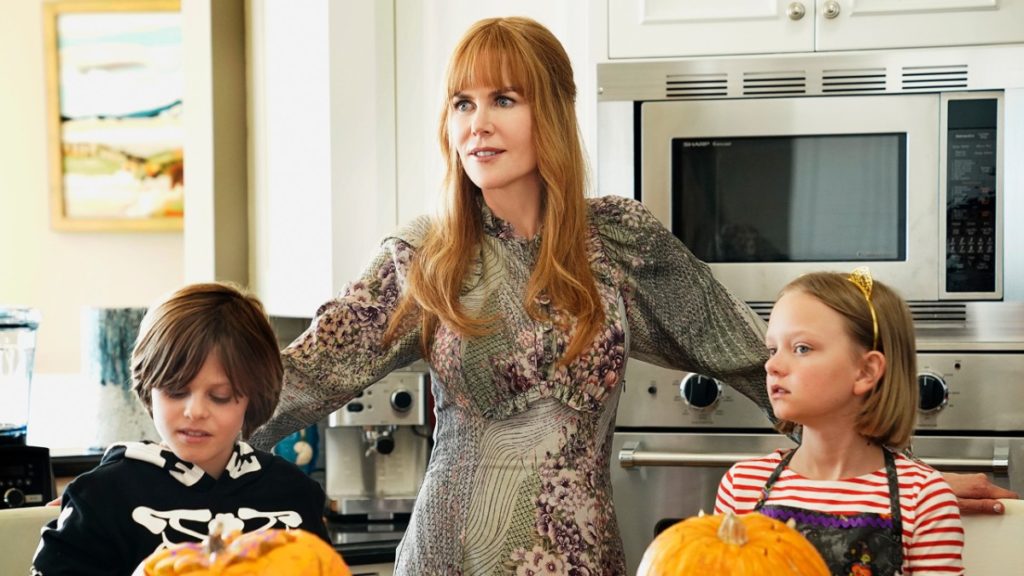 The title of the episode this week poses the biggest question with an ambiguous answer. She knows. But who? Who knows? And what do they know? Firstly they could be talking about Mary-Louise knowing the truth about the case, or at least being well on her way to finding out the truth. It could also refer to Elizabeth, Bonnie’s mother, and her bizarre ‘visions’ during her stroke that lead her to believe that Bonnie is drowning in her own lie. Something she knows is linked to the death of Perry. Or it could be a little more abstract and refer to Celeste knowing that she needs help, to Renata’s daughter knowing that something is up with her mother, to the therapist knowing what’s best for her patients. Next week we see Celeste and Mary-Louise go head to head in the custody battle, Ed and Madeline facing their future and the five women considering that their lie could be discovered. It’s difficult to predict how this is all going to finish, but it feels like the investigation is going to pick up.

Check out the trailer for next weeks episode and let us know your thoughts!