Big Little Lies Season Two has come to a poignant close in a final episode that delivers on all fronts. This season veered away from the crime and mystery elements of the first season and instead provided an in-depth look at complicated female relationships. The complexities of Celeste’s (Nicole Kidman) marriage to her abusive husband and her strained and difficult relationship with her grieving mother-in-law (Meryl Streep) provide the center point for the whole series and especially the final episode. Kidman gives a career-defining performance that was nothing short of electrifying as she opens her characters deepest flaws and lays them bare on the courtroom floor for all to see. As well as this we see each of the five women struggle to keep their secret and keep their relationships afloat at the same time. This alone sets the sophomore season apart from the premiere season; they have become two different things. One a murder mystery and the other an in-depth exploration of relationships, grief, sexual violence, infidelity, bankruptcy and biggest of all, guilt.

The most powerful scenes in the season finale took place in the courtroom during Celeste’s custody battle with Mary Louise. As an attorney herself Celeste declared that she found it only fair that Mary-Louise undergoes the same kind of questioning that she herself had endured but rather than her useless lawyer do it, she decided she would do it. This provided some emotionally charged moments as Celeste brought up the death of Mary-Louise’s other son, Raymond, in a car accident. In doing this she highlighted Mary-Louise’s own culpability in her son’s murder and in the abusive treatment of Perry thereafter, thus leading him to become an abuser himself. While continuing to deny her son as an abuser, Celeste chooses to show a video of Perry ruthlessly attacking her that was secretly filmed by one of her sons. 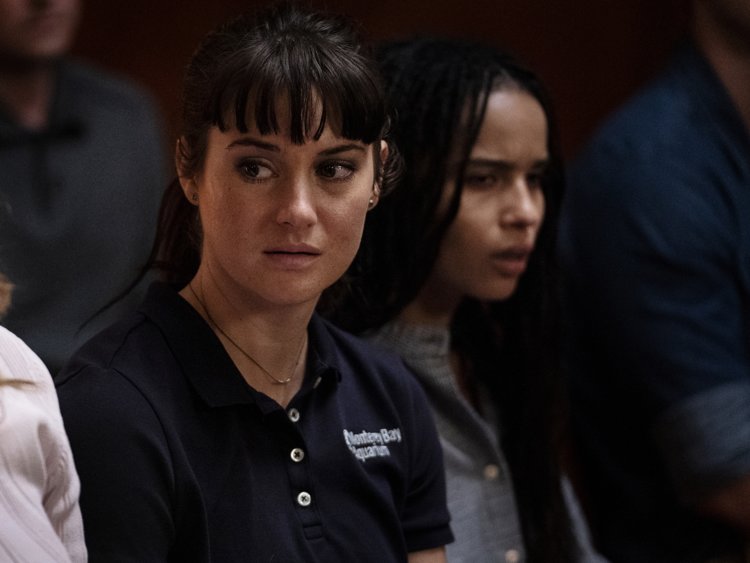 This impressive storyline has addressed a huge amount of issues which is what makes it so ingenious. Firstly you have the complexities of grief itself, Mary-Louise who has now lost both of her children is grieving, she is acting irrationally and she is trying to protect the memory of her son. Celeste is also grieving, despite the years of abuse she endured, she deeply misses her husband. These two women, rather than comfort each other are fighting with each other creating divides in their relationship that need not be there, that are only there because of the grief. We also have the even deeper complexities of abuse and more specifically, being married to and in love with an abuser. Despite everything, Celeste still loves him. She loves him as a loving husband and father and she even admits to the sexual thrills that came out of his abuse. This psycho-sexual relationship is not uncommon, there is a certain sado-masochism to it which is something that is practiced by a high percentage of consenting adults for pleasure. There difference here though is that while she may have enjoyed the sex that followed an abusive episode, the abusive episode itself caused her harm and pain in a way that was meant to hurt her and she was in danger of being seriously harmed. She was victimized by Perry for years and she submitted to him. She allowed him to continue and that in itself as a highly complicated situation to be in.

Finally, there is the dismissive attitude to Jane’s allegations against Perry, as Mary-Louise very brazenly declares to the whole court that Jane was making it all up. This is only too commonplace in society and was highlighted here so brilliantly. We as viewers have seen the effect and the torment that being raped has had on her and to be told she is making it all up is hugely insulting and comes with an overwhelming sense of hopelessness. As well as being expertly acted by Nicole Kidman and Meryl Streep, proving that they are at the absolute top of their game, these scenes were wonderfully written in a way that allows you to empathize with both women. Both of these women are victims, both of them are suffering and both of them need help. Mary-Louise can be horribly evil but you know she has a good heart and good intentions and she really does love her grandsons. We don’t know much about Mary-Louise as a mother, but we do know that the majority of her adult life has been rocked by losing both of her children. That is going to have a devastating effect on someone and this is taken into consideration when these scenes were played out. Of course, you are rooting for Celeste to win custody of her children but that doesn’t make Mary-Louise the villain. 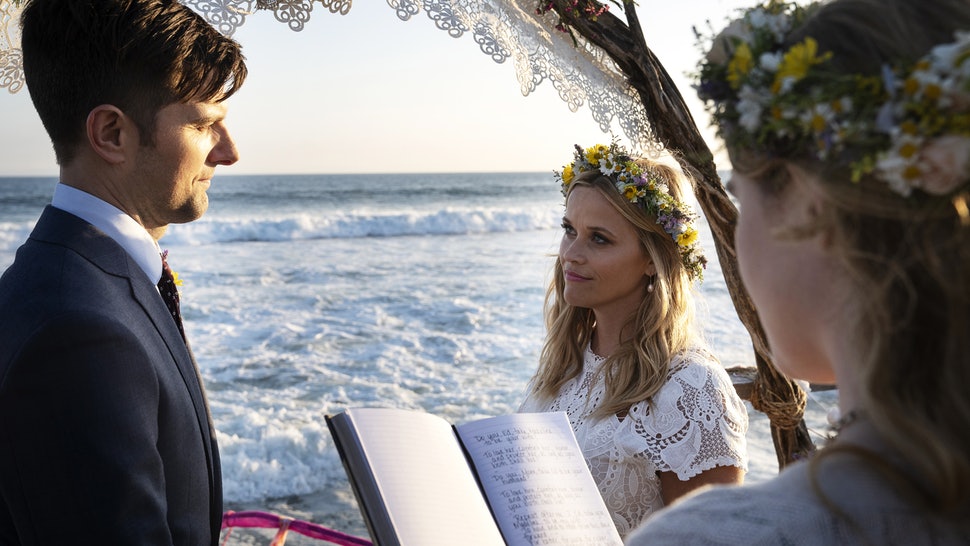 While this was the main point of the season finale, it felt like wrapping up the other storylines became somewhat rushed. Madeline and Ed reconciled in a very short conversation that led to them renewing their vows, its explained very well his reasons for wanting to do this, but it is done so quickly and the vow renewal itself is also very quick. Are we supposed to believe that their marriage is fixed now? Similarly, with Bonnie and her mother, this was left quite open-ended with various flashback and dream sequences making it difficult to decipher what happened to her mother prior to her death? Was Bonnie responsible after all? Finally Renata, the woman who got the most fun final scenes as she smashes up Gordon’s den of childhood nostalgia with a baseball bat. Renata has been on the edge from the very beginning of this season and her emotions have always been very surface-level compared to Celeste or Jane. She has not shied away from exploding in the most inappropriate settings.

The final scenes saw Bonnie send out a group text and all of the women meeting and entering the police station. The scenes leading up to this had at least two of the women say a variance of “no more lies” in a conversation with their spouses. It is difficult to decipher what will happen here, as Bonnie is the one who pushed him is she going to come clean and the other admits to helping to cover up the lie? Or are they all going to take the blame for it and hopefully get shorter sentences? All of the women have very big reasons not to go to jail mostly in that they have to look after their children. After a grueling custody battle would Celeste really turn herself in to the police and lose all access to her children? Would Jane leave Ziggy in the midst of him coming to terms with being the product of rape and having two brothers? Would Renata turn her back on Amabella after their family has lost everything? And Madeline, after all the effort that went into reconciling her relationship with Ed, this would throw it all out the window? Bonnie is the only one who can actually afford to go to jail as her daughter would be very well looked after in her absence so you would assume that only she will confess? 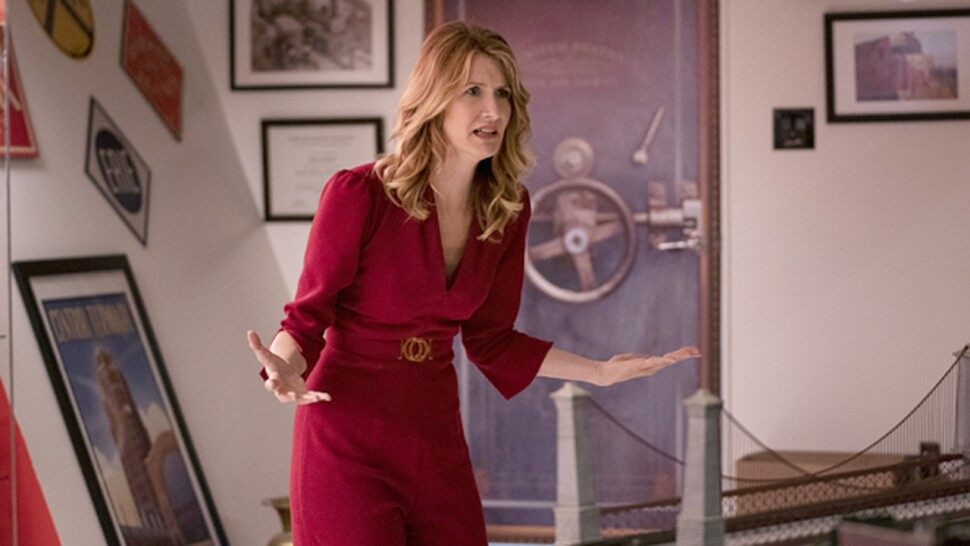 HBO President Casey Bloys has shrouded the promise of a third season in a quite a bit of doubt saying that it may not happen due to the high caliber of actors on the show it’s almost impossible to schedule a time where they are all available at once. We will have to wait and see, but enough of the storylines have been wrapped up that it could comfortably end here, allowing a small amount of speculation into what happens next. A third season would be interesting to see how the women pick themselves up after all this drama, it might even be useful to have a third season take place much further in the future. Either way, stay tuned to HBOWatch for any potential season three news and enjoy the Big Little Lies we do have all you want on HBONow/Go.